The Graham Foundation has announced the recipients of its 2015 Grants—49 innovative architectural projects from a global range of “major museum retrospectives, multi-media installations, site-specific commissions, and documentary films to placemaking initiatives, e-publications, and academic journals.”

All of these newly funded project designs, chosen from over 200 submissions, show great promise in respect to impact on the greater architectural field. Overall, the Graham Foundation has awarded the projects $496,500 in an effort to help chart new territory in the future of architecture.

Out of the 49 projects, 12 are “public programs and exhibitions that will coincide with the inaugural Chicago Biennial, opening this fall.”

Learn about a few of the winning projects with descriptions via the Graham Foundation after the break. 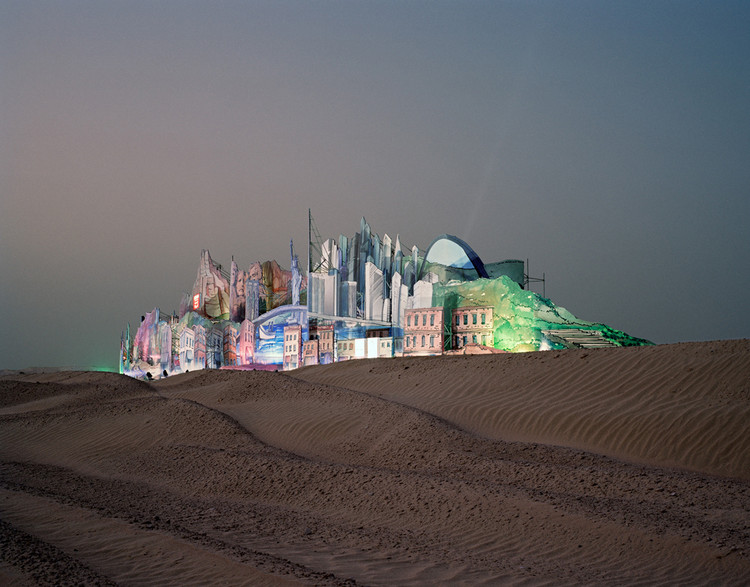 1972–Nakagin Capsule Tower investigates the current state of the Nakagin Capsule Tower, an experimental apartment complex built in Tokyo by the architect Kisho Kurokawa. Completed in 1972, following Kurokawa's participation in the burgeoning Metabolism movement, it is the first structure in the world to incorporate replaceable housing capsules. Although the building was promoted in the media to symbolize "the dawn of the capsule age," it became the last of its kind realized in Japan. Furthermore, the capsules have never been replaced during the building's existence, even though they were originally intended for a lifespan of twenty-five years.  This project is based on the extensive photographic documentation performed inside the building during a period in which it faced an uncertain future in regards to its preservation.  The publication presents numerous capsules in varying conditions and examines what became of this prototype for the future Kurokawa proposed in 1972.

Where "plastics!" once offered a vision of an atectonic, fully synthetic architecture, impervious to the deteriorating effects of time or environment, the arrival of bioplastics has occasioned less excitement in architecture. This is not only due to their inherent instability, not a sought-after quality in building materials, but also because their environmental advantages have been widely challenged. The uncertain status of bioplastics as "natural" or "synthetic," as welcome innovation or sorry substitution, may have parallels in how we perceive architecture's materiality at a moment of heightened ecological anxieties. Bioplastics! Architecture's Many Natures positions two scales of research on bioplastics to formulate an approach to design practice that can navigate a post-natural contemporary condition. As a territorial investigation, the project surveys the landscapes, techniques, and significances of plant-based polymer manufacturing in the Midwest; through material research, the project tests the design potential of various biopolymers cooked from everyday ingredients.

The Serpentine's annual Pavilion commission is the most ambitious architectural program of its kind worldwide and  celebrates its fifteenth anniversary this year. Spanish architects selgascano designed the 2015 Serpentine Pavilion. The award-winning studio, headed by José Selgas and Lucía Cano, is the first Spanish architecture practice to be asked to design the temporary structure on the Serpentine's lawn in London's Kensington Gardens. In keeping with the criteria of the scheme, this is the studio's first new structure in the UK. The Pavilion is an amorphous, double-skinned, polygonal structure consisting of panels of a translucent, multi-colored, fluorine-based polymer (ETFE) woven through and wrapped like webbing. Visitors can enter and exit the Pavilion at a number of different points, passing through a “secret corridor” between the outer and inner layer of the structure and into the Pavilion's brilliant, stained glass-effect interior.

Architecture of Life, the inaugural exhibition at the UC Berkeley Art Museum and Pacific Film Archive's (BAM/PFA) new building in downtown Berkeley, explores the ways that architecture—as concept, metaphor, and practice—illuminates various aspects of life experience: the nature of the self and psyche, the fundamental structures of reality, and the power of the imagination to reshape our world. Occupying every gallery in a new building designed by Diller Scofidio + Renfro, the exhibition comprises over two-hundred works of art in a wide range of media, as well as scientific illustrations, architectural drawings, and models, drawn from an array of cultures and made over the past thousand years.

Film: Vessel of Change; The Wende Museum of the Cold War / Bill Ferehawk

Vessel of Change is a conceptual architecture and video installation that reclaims the Variant, a prime example of East German architecture, sent adrift at the end of the Cold War. A rare specimen of mobile architecture surviving the fall of the Berlin Wall and the subsequent marginalization of socialist history, it was acquired by the Wende Museum to be shipped to Los Angeles as part of its collection of Cold War material culture; here it will serve a new purpose. Video artist Bill Ferehawk will create a conceptual video based on the Malta Summit—the symbolic end of the Cold War—and use the Variant as its mobile venue.

The publication Hippie Modernism: The Struggle for Utopia accompanies an exhibition of the same title examining the art, architecture, and design of the counterculture of the 1960s and early 1970s. The catalogue surveys the radical experiments that challenged societal and professional norms while proposing new kinds technological, ecological and political utopia. While the turbulent social history of the 1960s is well-known, its cultural production remains largely under-examined. In this publication, scholars examine a range of practices, such as: radical architectural and anti-design movements emerging in Europe and North America; the print revolution in the experimental graphic design of books, posters, and magazines; and a new form of cultural practice that merged street theater and radical politics. Through a profusion of illustrations, interviews with select artists, and new scholarly writings, this publication explores the hybrid conjunction of hippie ethos and the modernist desire to fuse art and life.

SCI-Arc presents Close Up, a public exhibition and theoretical exploration of the impact of the so-called digital turn on the ethos and culture of architecture. The exhibition will propose that technological advancements have resulted in a transformation of the approach to tectonics. In the new digital paradigm, tectonics is no longer a product of architectural speculation, but is itself now a form of speculation expressed through its own resolution—or close up—in both abstract and material terms. The blurring of boundaries between the virtual and the real and the interconnectedness of materials and concepts achieved with new digital tools now conceal the details of construction and assembly that defined tectonics for centuries. Close Up will test this theory through the orientation of twelve to fifteen projects by some of the most innovative architects working in Los Angeles today.

Learn more about all of the 49 grant winners, here.

News and project descriptions via the Graham Foundation.