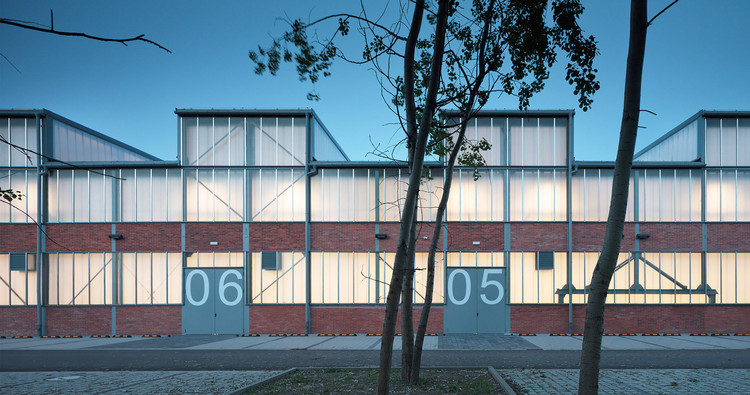 Text description provided by the architects. Hall W-7/44 was constructed in 1940 within the area of former Linke-Hofmann-Werke plant. Over the years it was functioning as a great example of modernistic industrial architecture.

The construction of the Hall VII was accomplished in 1940 and was based on a project from august 1939 signed by Bernhardt. From the middle of 1944 till January of 1945 inside of the hall there was a subsidiary of a concentration camp Gross-Rosen located – a part of camp Breslau II. The Hall was at the same time a working camp and a working space. Rooms for workers on an entresol could hold around 800-1200 people.

During the battles that took place on the area of the plant at the beginning of april 1945 the hall was seriously mutilated: the steel elements of the skylights and windows construction were bent, almost 100% of glass was destroyed. After decluttering the space and refilling the windows with glass, in 1946 hall VII already as a part of the PAFAWAG complex (National Wagon Factory) began production of coal-wagons. However, in the '90s of the XX century the abandoned building fell into ruin again.

The main goal of the designers was the constructive, architectural and functional reanimation of the fully devastated - but historic and valuable - industrial hall. Apart from standard renovation and maintenance treatments the building was subjected to a refreshing, adaptating it to functional demands of the XXI century.

Insulating the huge wall surfaces and the roof with its steel and brick structure turned out to be the biggest challenge. The answer to it was to create a new volume inside of the existing one. By closing a new inner structure made of polycarbonate within the old walls, an optimal temperature conditions and laboratory-like character of the interior were achieved. Besides, the function of the hall was extended. Apart from industrial and storing space, there are offices premeditated, as well as a museum memorializing victims of the work camp.

Currently known as "Nowa Siódemka" ("New Number Seven") the building attracts new companies and plays a big role in the process of revitalisation of the old wroclawian PAFAWAG area. 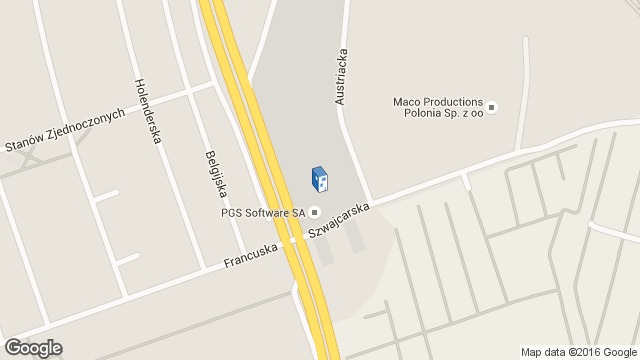