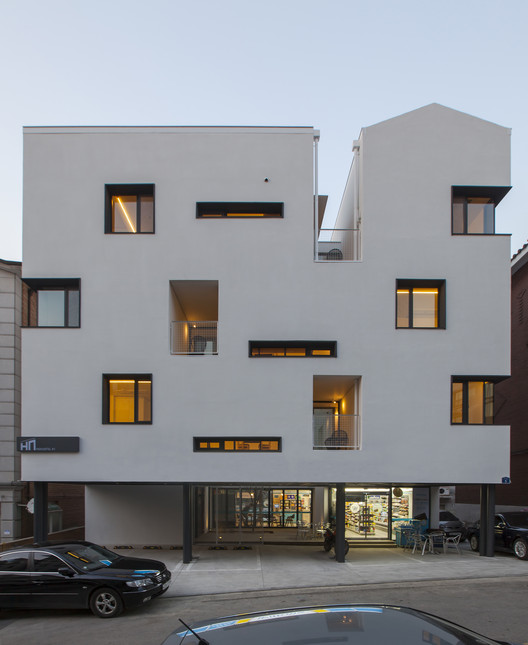 “There is a small gap which arises between the house and the village. It fills ‘the gap’in between its people”

The project is located in Bokjeong-dong, South Korea. Being an area that has a couple of universities nearby, a demand for student studio-type accommodations have significantly risen in the past years. Being contiguous with Seoul, the office working, white-collared demographic has also joined the frenzy and has been a factor in the demand for residential units as well. Because of this, the area has become very crowded with multi-dwelling units, studios and student accommodations.

The typical character of high density residential areas in the capital such as the monotonous and generic looking units – which were designed for maximum profit and efficiency of space has left residents with living spaces that were poorly designed to support the ideal lifestyle and routine.

The concept of the Gap house is to support new life style of the young, single demographic household by sharing common spaces such as the living room, kitchen, and dining area. Archihood WXY focused on a design that creates a balance between the common and private spaces deeply considering the ‘share house’ amenity. The balance is coordinated by the outdoor space which is defined to ’The Gap’ – a design which helps bring in nature to the residents and encourage interaction and mingling amongst housemates.

One large sized ‘Gap’ is a courtyard - a sharing open space through easily accessible pilotis. The front and rear façade get advantage of air ventilation and natural sunlight from the south through ‘the Gap’. The courtyard is originally inspired by a low wooden bench with deep, green shade under Korean zelkova where villagers used to gather. There also become a sense of place where people who walk the ally like to stop by and sit to break and talk each other.

The smaller scaled ‘Gap’ represents the balconies of the six units. Designed to open up to the outdoor & courtyard, residents can feel nature and communicate with the neighbors. Typically, balconies placed in front of the house have caused serious privacy issues because of very close distance from neighbor. To prevent this, balconies are designed to be more linear in shape and are placed deep inside each of the units to keep onlookers from outside from looking in.

The courtyard makes this possible to design. In addition, each floor balcony is laid-out in a crisscross pattern to further enhance the privacy between floors.

The Gap house invites people who like to breath and enjoy peace of mind by escaping from their busy and complicated city life. 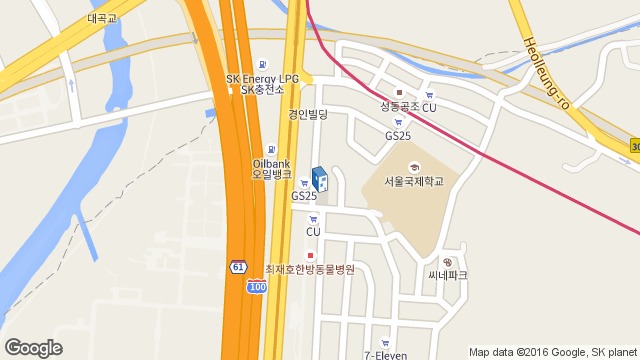 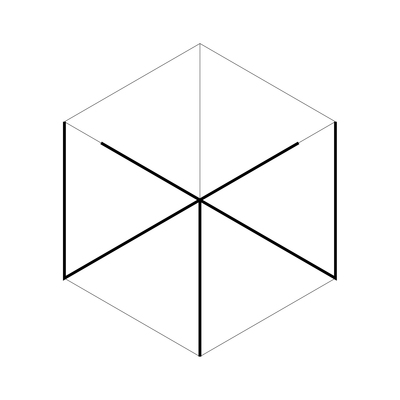