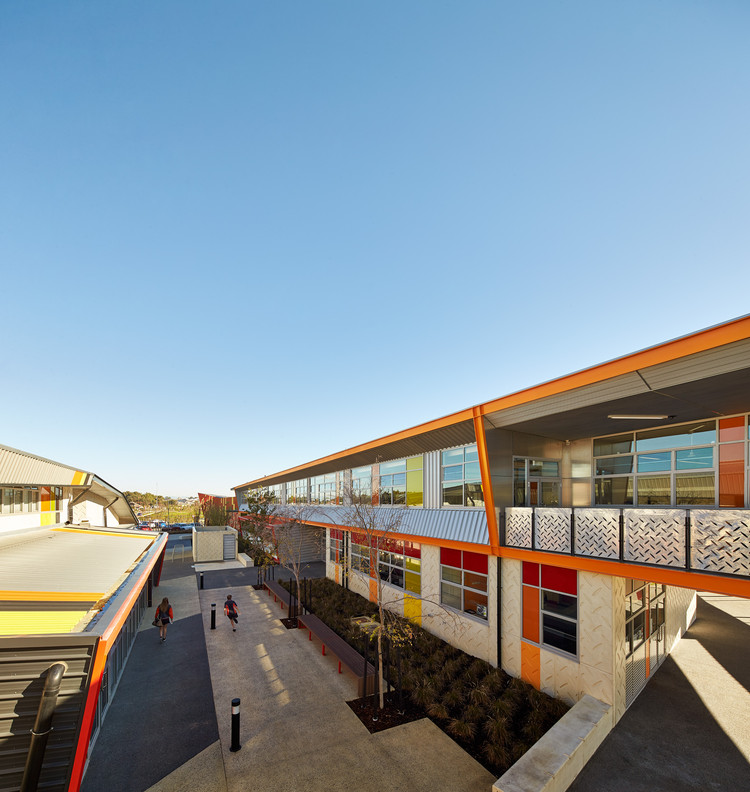 Text description provided by the architects. Located 45km south of Perth in a rapidly expanding region, focused on creating new residential areas for young and recently arrived migrant and local families, Baldivis Secondary College has not only created a unique and new model for schools within Western Australia but also a vibrant new community hub within its ever changing and growing neighbourhood. Designed to accommodate over 1450 students from Years 7 to 12 the school has already achieved record enrollments and has become a loved and respected part of the community as well as a vibrant and exceptional school, led by a Principal and staff who are nothing less than inspirational.

The design of the school is closely linked to the Baldivis physical, cultural and historic context, one being defined in great part by a long market gardening and industrial heritage underpinned by a strong community focused on sustainability and community development. This contextual setting establishes the architectural language for the school which is conceived as a contemporary re-imagining of the archetypical Australian industrial shed.

This shed, Baldivis Secondary College's 'learning warehouse' is a 120m long undercover warehouse roof constructed as a series of expressed truss framed structural bays which run east-west, bookended by the gymnasium on the east and the Performing Arts Building on the west. Intersecting the warehouse and facing north and south, are the library, administration, classrooms and science laboratories with the cafeteria located in the warehouse's heart and shaded by the warehouse roof. The roof of the cafeteria forms a usable deck which also provides the pedestrian connection between the second levels of surrounding buildings as well as a place for students to spend time or sit on the wide steps facing the sports hall to watch a game.

The 'learning warehouse' is an element which has been created through JCY's want to use the undercover area allocation of the standard Department of Education's brief in a manner which creates a 'place' of exceptional school civic value rather than simply being distributed around each building element as a series of 'verandahs'.  This single and fundamental design decision, taken at the masterplanning stage, has completely reinvented the essential nature of the design of schools, as they have evolved in past years throughout Australia.

By bringing some two thirds of the undercover area of the brief together within this lofty and inspirational space, JCY has created an industrial semi open civic and collegiate hub, its perimeters defined by the lay lines of the structure itself but also by the buildings and uses that intersect its boundaries and open up into the volume creating a truly wonderful ambiguity between inside, outside and the 'middle' interface space which is the warehouse itself.

These connections are clear and practical but in their physicality also create a web of movement and allow the passage of people not only in and out of spaces but also through, around and over both circulation elements and the buildings themselves in some cases.  The life of this space is made even richer by the ability to open a set of large two storey doors at the end of the Performing Arts space into the warehouse allowing for performances to spill naturally between the two spaces as well as being able to see into the sports hall from the warehouse , through two large glazed Renlita doors, which can also be completely opened up.

In addition to the grouping of buildings which form this portion of the school campus, the college also has a north/south pedestrian spine which links together the visual arts, music, dance and senior learning community building and the materials technology building  to the north and the Year 7 and 8 learning communities to the south.

The northern buildings are linked together by both building elements and courtyard spaces and are also planned to be able to be opened up in numerous configurations through the use of glazed Renlita doors.  The visual arts classrooms can all be opened up to each other, to the central gallery space and all, including the gallery can be completely opened to the outside courtyards and generous undercover project area. The Materials Technology building also shares these features and links to both the Visual Arts / Senior Community courtyard and a series of large external work and service areas.

While only single storey the Year 7 and 8 learning communities to the south of the learning warehouse are planned so as to sit together like a village with a wonderful set of intersecting spaces between them while also creating a sculpted and active courtyard between themselves and the central warehouse buildings to the north.

To the east of the site area of all the buildings are the numerous courts and playing fields which create a buffer, through distance, to the freeway along with a generous mound at the site's freeway boundary. A new primary school will be built to the college's immediate south with the west of the site flanked by a road and a park and finally the north boundary facing a road and residential area.

All building are designed with automated passive energy systems which with excellent orientation, sunshading, insulation and water harvesting, have created a highly sustainable college campus.

The material palette of all buildings is based on the language of industry.  A mix of light coloured precast concrete panels embossed with giant imprints of 'chequer plate' patterns are closely linked to an extensive use of aluminum chequer plate internally and externally, most of which is natural and silver and some painted with automotive paint in varying colours but predominantly vermillion. Roofs are steel with a series of orange, yellow, vermillion and charcoal stripes which continue onto walls, creating continuous bands in many locations. Roofs are simple pitches, many with clerestory glazing. Container like boxed elements protrude at various locations and upper levels are also clad in metal cladding reminiscent of industrial factories and zones composed of warehouses, tilt up concrete, containers and sheds.

The paving is designed with a large format charcoal and white stripe that marches its way through the campus . Detailing sees the use of exposed channels and beams which frame protruding elements and simply define building edges and the colour palette is basic and derived from the safety colour palette of industrial buildings and facilities. Chequer plate cladding is used to dado height through all internal corridors and spaces creating an extremely robust and always clean and shiny surface even when treated roughly much like the toolboxes found in factories and on the back of utes.

The landscape is simple and a mass planting of trees has been applied throughout the site (which was subject to major site rectification and remediation) in order to re establish the rich density of trunks and foliage which typifies much of the bush landscape of Baldivis. Once the landscape is mature the school will be defined as a set of warehouses in an indigenous forest setting.

This wonderful school is now in the safe and creative hands of an extraordinary Principal and his outstanding team of teachers. The school has already won an AIA Architecture Award, Sustainability Award and CEFPI Australasian Education Facility Design Award and has recently been selected as a finalist in the completed schools category of the World Architecture Festival to be held in November 2015. 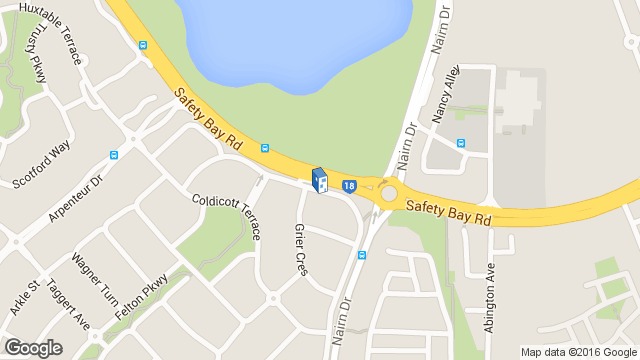 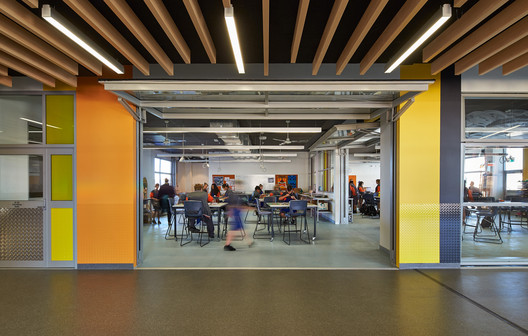 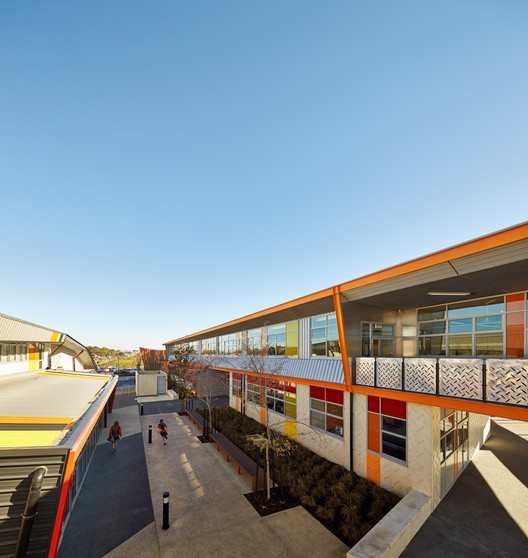