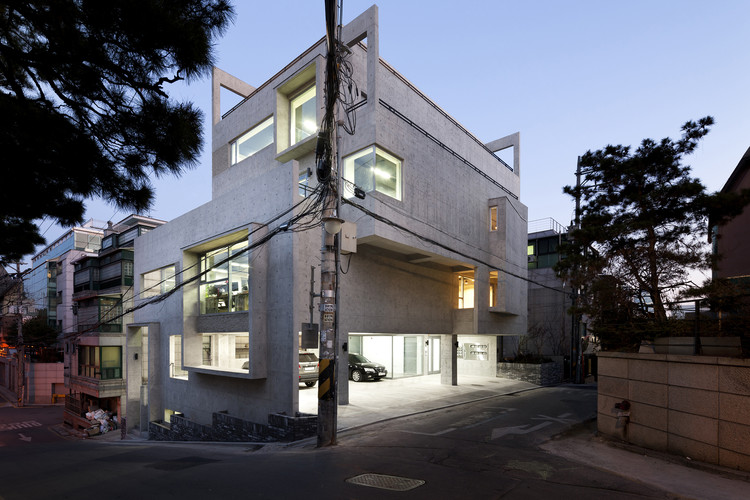 Text description provided by the architects. Endless deep space is formed when you stand between two mirrors facing each other. This phenomenon is called ‘mise en abyme’, where frames repeat in a frame, producing an infinite reproduction of repeated image.

A project named ‘mise en abyme’ is built in Nonhyeon-dong, Gangnam, Seoul, where the context of the city is in constant change. The cube we made has frames continually overlapping inside to make spaces superimposed. The reason we constructed frames was to filter the surrounding environment, which changes fast in unforeseeable manner. Another reason was the occupation of the owner: being a photographer, who looks the world through a frame all day.

Nonhyun-dong, the site of this building, went through rapid urbanization process. It was only 40 years ago that the land used to be inclined agricultural area before urbanization, but now, there are rectangular blocks with houses on the steep land. Following the routine gentrification, the price of land has increased, replacing the residential houses with commercial buildings.

Like an insect metamorphosed, the character of the land changes rapidly in this area.

As a time-lapsed camera would show gradual changes of the surrounding area into recognizable manner, the frames of the building would keep observing the city through various size and orientation.

Neighborhoods surrounding four sides of the land are being changed hastily; clustered houses and commercial buildings are jumbled up with different facades. The vertical level of each corner of the site is different, inclining to each south side and east side. This condition limited the expression of the building and influenced the composition of the basement.

The second basement with 4.5 meter of floor height is a photograph studio, which is entered through the sunken stairs from the lowest level of the road. The first basement is lighted with a long, high window, letting in abundant sun unlike basement. The ground floor has a parking lot and the main entrance hall, and the second floor has offices with different scenery in each frames. The north side has old detached housing area, and the east and south side has commercial buildings. The west side facing residential area was blocked by a wall and the direction of the vertical window was turned at an angle for privacy.

Through different frames on each floor, the building embodies repeating and transient flow of time, character of metropolis. 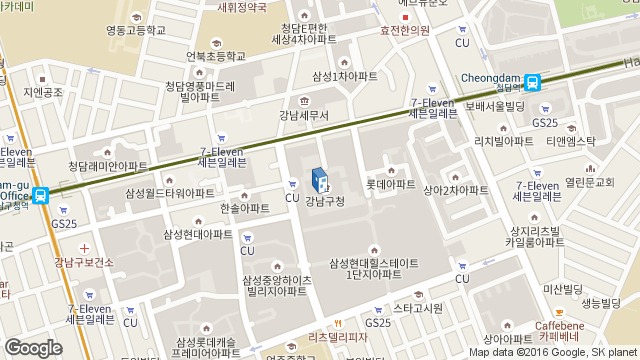