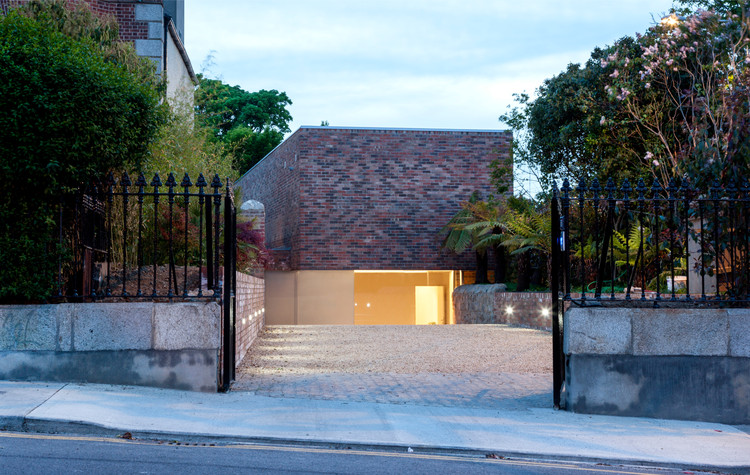 Text description provided by the architects. This project sought to turn the restrictions of the site into an advantage. Sited in the grounds of a protected structure, on a lynchpin corner plot, on a street of tall Victorian Houses, it was considered virtually “undevelopable” - there had been four previous refusals for Planning on the site. The Planners had concluded that, because of the pivotal nature of the site as a visual anchor to the street, the idea of building a traditional dwelling there would detract from the character of the street and the adjoining protected structure. They were also adverse to the idea of constructing a building in a similar style to the others, as this would be viewed as pastiche replication. Indeed, they further stipulated that there should be no windows visible from the street or from three sides of the dwelling and that there would be strict height restrictions imposed.

The only direction that the Planning Authority gave was to be found in the site history, which showed that there had been an old orchard on the site and a wall boundary to close it off. In embracing these restrictions, what developed was a concept for a house that looked for all intents and purposes like a Victorian wall – in the same brick palate of the adjoining residence.  The innovative 2 storey dwelling that was eventually granted permiss

ion, is nestled behind this “wall”, sitting quietly in its context and offering its inhabitants a tranquil retreat from the outside world. The interior is perforated by a series of interconnected courtyard spaces across both levels, drawing light into the interior while also creating a flowing relationship between inside and outside spaces. The bedrooms are located on the ground floor, opening out onto the privacy of the lower Zen courtyard, while the first floor living spaces are connected through a series of planted courtyards and sun terraces. 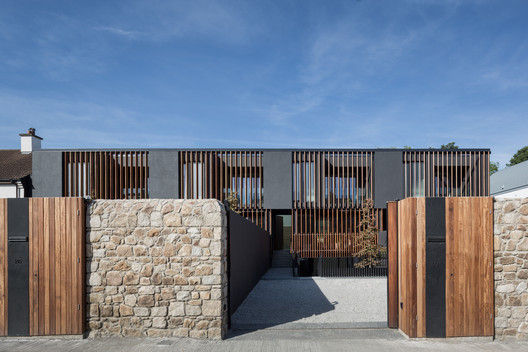