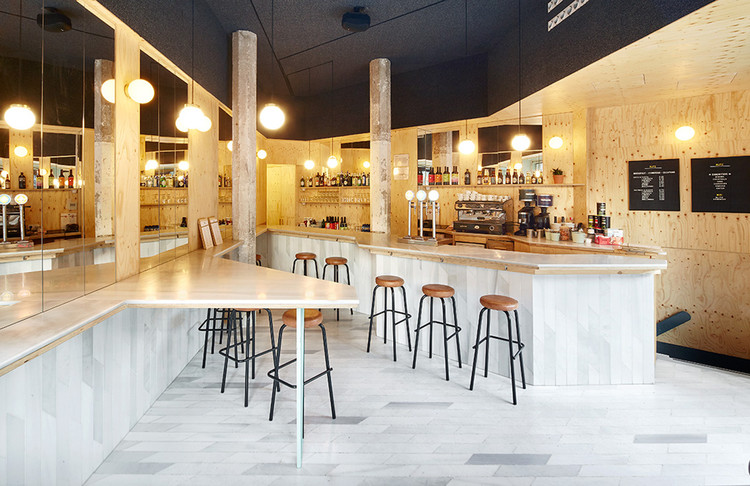 Text description provided by the architects. In the ground floor of a XX century building situated in a square between the old city center and the Barcelona grid (Eixample), we are asked to refurbish an establishment of 80m2 and two floors. The new establishment will run as a sandwich bar opened from 9h to 24h where to have breakfasts, fast meals or even cocktails, linking its fast-food character to the dynamism that surround the area; several office buildings, two metro stations, main avenues, etc.

We understand the project as an opportunity to recover what we consider essential regarding what extant: the triangular geometry of the space, the generous original height of the establishment and its character. Regarding this last issue, the establishment worked during the 40’s as an “ambigú”, the former bar of theatre that is still placed at the other side of the square. Although the theater and bar are not linked anymore in functional terms, we propose to establish a link between both of them through the bar materiality. The intensification of the material memory is not a nostalgic or romantic attitude. We have chosen an unprejudiced and inclusive attitude, that doesn’t discriminate between this or that, but goes for this and that, our work, then, has consisted in updating the old layers (concrete octagonal columns) and putting them together (in "vis a vis" relation) with the new ones that echoes two fundamental issues; the old theatre by using the mirrors, the lights or the carpet ceiling and the old Barcelona sandwich bars by using marble.

In the ground floor area, where the bar is placed, the materials have been defined following an stratification of 3 different strips in order to increase the perception of the bar’s height; marble on the floor, wooden boards and mirrors on the walls and black carpet on the ceiling. In the base ground, where the toilets and the storerooms are placed, the old walls have been directly and simply painted in blue color in order to balance the ground floor investment. The process was extremely fast (three months in total) and had strong economic constrictions (320€/m2), so we decided to go for a clear and determined strategy: the DIY strategy (“do it yourself”). We have worked following an open process of action-reaction, where all mistakes or changes could be understood as an added value. We are interested in a hybrid technique, capable of combining local materials and techniques, close to the craftwork tradition, with industrial materials and techniques from other sources. 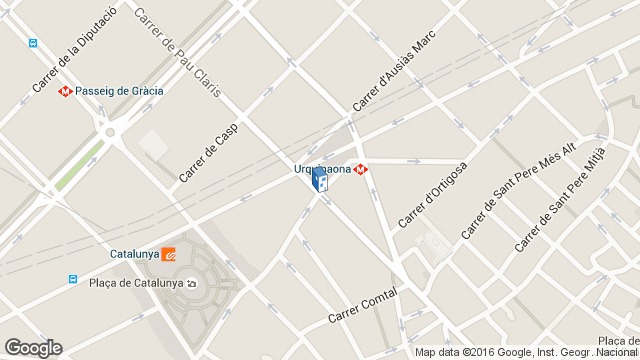 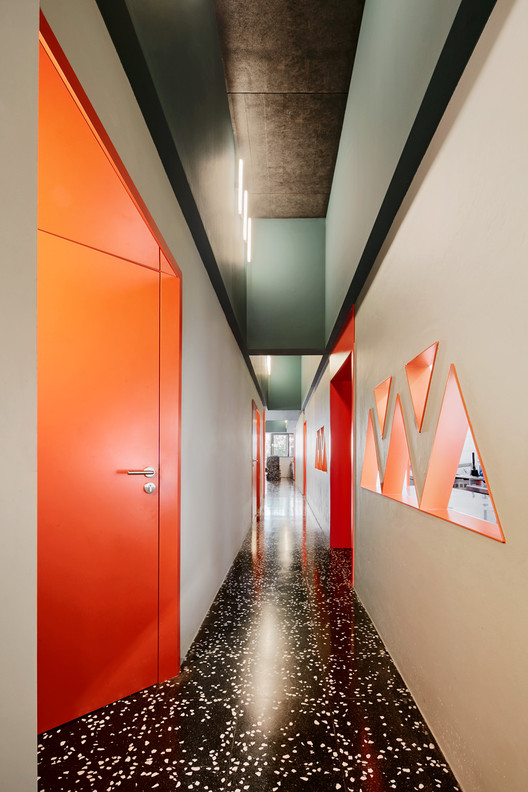