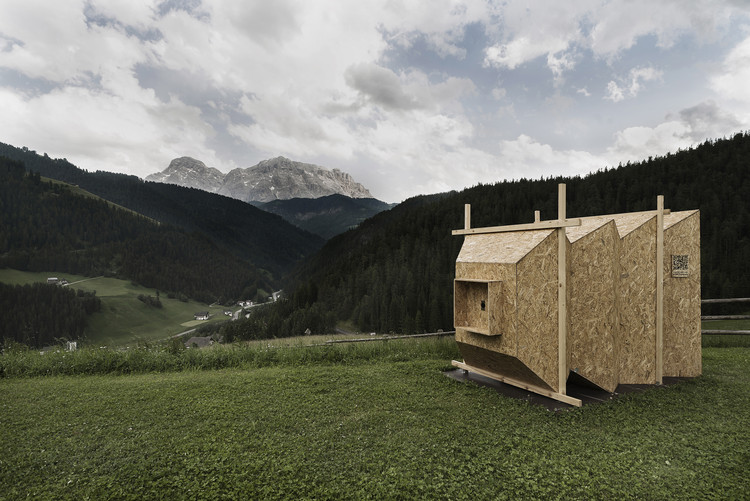 The work "Camera Obscura" was created for the competition SMACH.IT  competition of land art in the Dolomites in Trentino, in San Martino in Val Badia, on "Border". For some time I worked about the idea of ​​using lenses and building works into the landscape.

The beginning was born long ago reading “One Hundred Years of Solitude”  G.G.Marquez. I like to think that when Aureliano speaks Amaranta “scientific possibility of seeing the future showing thug in time as one sees what is written on back of a sheet of paper through the light", he talked about photography.

Then looking at the "metaphors" of Ettore Sottsass, his outdoor installations too. Finally the inspiration about Italo Calvino when more than two decades ago spoke of an epidemic of pestilential images saying that.

We live under a heavy barrage of images, the most powerful media do nothing but turn the world into images and multiply it through a game of mirrors, the images that are often devoid of inner necessity that should characterize each image, as a form and as meaning, as strength to assert itself as a wealth of possible meanings. Most of these images dissolves immediately as the dreams that leave no trace in the memory, but does not dissolve a feeling of strangeness and discomfort.

Here, these are the references that over time led me to work on the "Camera Obscura". Build something great in the landscape that would reflect in a mirror the landscape, and I finally realized no permanent image just in the eyes and above all in the mind of the beholder.

I liked the idea of building a camera that doesn’t do the photos, but that leaves look just an hypothetical shot.

The theme of the "border" is therefore an invitation to enter the world of images, as well as the light gets inside a camera. And entering into a camera as you would get in a photo project and pass the line between reality and image, between real image and latent image, between the real and its reproduction.

"Camera Obscura" was first designed in Rhino and then built with the help of Silvia and Luciano Paschetto http://paschettomobili.it mounted in joinery and then disassembled and reassembled alone in San Martino in Val Badia in early June and will remain on site until 12 September.

I had to build a structure on the cheap but weather-resistant for a long time. The opera it’s built with a very cheap materials, OSB (oriented strand board) and decking CARPLY (birch plywood) antiskid. The black cloth on the back is glued to a plywood.

The external piles that close the building are fir tree. In front I put a magnifying glass and inside, at a distance of about 50 cm from the lens a sheet of tranlucing  paper on which form the projected image. 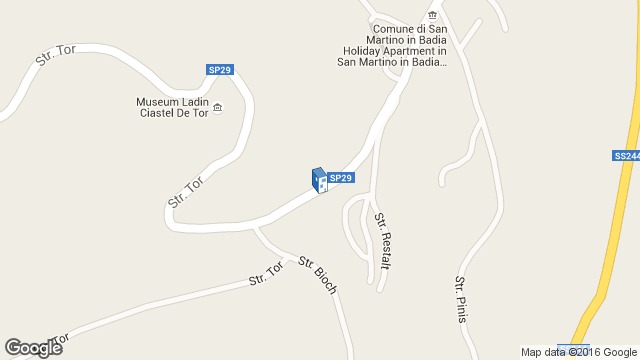