The shelter, a project envisioned through Ban's humanitarian organization Volunteer Architects Network (VAN), is comprised of a series of modular structural frames with windows and doors and walls made of rubble brick.

News via VAN and GOOD 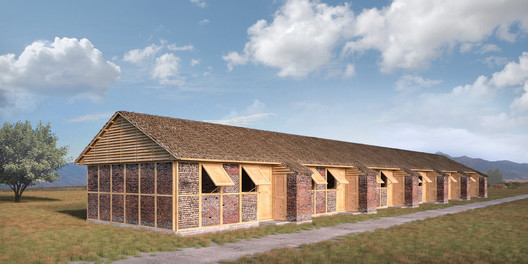