Text description provided by the architects. Originally built on 1915 and inspired by sea pools in Lisbon, the Carpa Olivera was a social center on Olas Altas beach in the Historic Center of Mazatlan. Many famous people of that time gathered and socialized here, and it was a must for every tourist. In 1954 it was devastated by a hurricane, leaving it in abandonment, but with time people came to use the pool. In the year 2004 it had a remodeling that soon fell into neglect and vandalism.

As a proactive team that generates ideas for improving their city, Colectivo Urbano, composed by five architecture, landscaping and urnbanist firms, made the proposal to rescue this public space to the Mazatlan Investment Unit, led by the architect Roberto Diaz. Proposing to recycle, clean and return this pool fed by tidal water to it´s splendor, and integrate a new playful element: a spiral slide that dramatically promotes the social reactivation for local and tourist, where children and families have fun. This element acts as a strong singular sculpture by the sea.

As a sustainable strategy, a commercial space that will be proposed concession, giving due attention to the maintenance and monitoring of the site, ensuring optimum operation conditions without direct cost to the city of Mazatlan. On the top level and connected to the pedestrian sea wall is a open area, that serves as a lookout and where a pre-existing sculpture is relocated, allowing pedestrians to rest in a perimeter bench while watching the horizon and the beautiful Mazatlan sunsets.

Descending the ramp is a surrounded stepped square fitted out as an area of shade, creating an oasis of coconut palm trees, which interconnects to the snack bar. On the lower level you get to an area where there is a long bench, where you can contemplate the good fun and the dancing water fountain, where children recreate before entering the sea pool or climb the water slide to enjoy the wet rush it offers. At this level on the end, we find restrooms and shower offering a complete service. 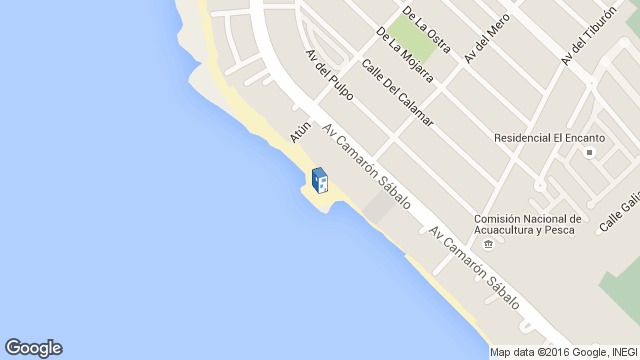 Location to be used only as a reference. It could indicate city/country but not exact address.
Share
Or
Copy
About this office
Colectivo Urbano
Office
••• 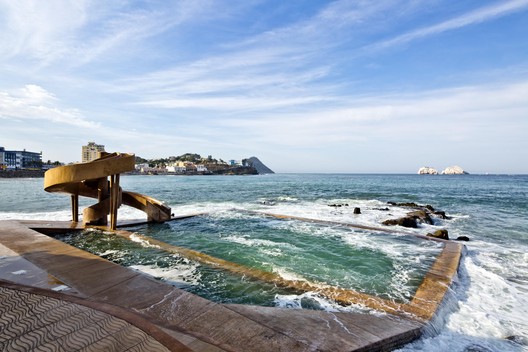