The three-phase, two-year plan will begin with the selection of a pilot area and the construction of up to 75 homes. Beneficiaries will then be trained in disaster resilient design principles and construction before working with an assigned community and Nepalese volunteer labor force. The final phase, which is expect to conclude by May of 2017, will involve working with local leaders to identify 10 new villages to implement the reconstruction plan.

“An often-cited flaw in the disaster relief area is the significant lag time between the stabilization of a disaster-stricken area through emergency humanitarian response and the implementation of viable recovery programs which return affected populations to a sense of normalcy,” said Sherry-Lea Bloodworth-Botop, Executive Director of the Architects Foundation.

“By beginning now, while the humanitarian response is underway, this program can begin to return people to their communities in an accelerated but still appropriate manner,” Bloodworth-Botop said.

To help, you can find out more about the initiative and donate here. 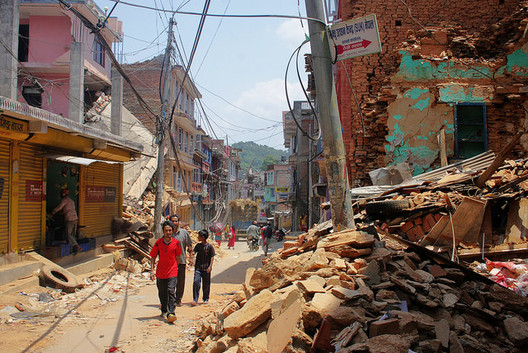