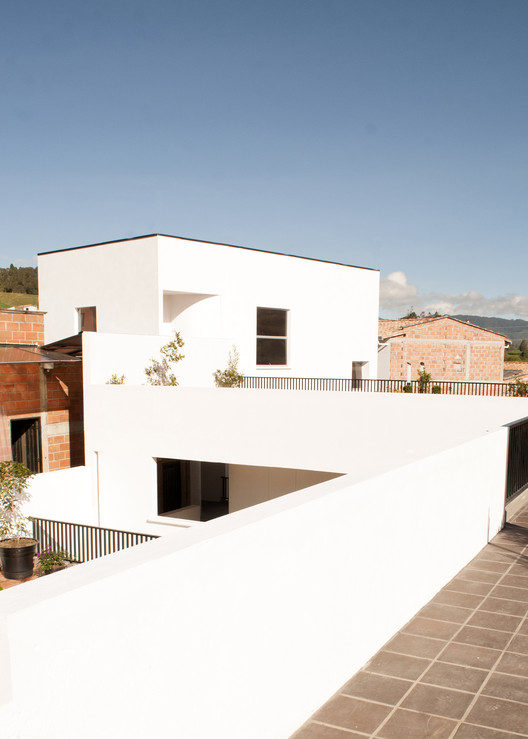 Text description provided by the architects. The project for 80 educational parks in the department of Antioquia, Colombia aims for the understanding, enhancement and revitalization of the diversity and the cultural pluralism of the municipalities that make up its territory. Each educational park is meant to reveal the essence of the place in which is arisen, they are some sort of cultural and meeting places, but mainly, spaces for the dialogue between landscape and people.

Entrerríos (Between rivers) which is named after the two streams that enclose it, is a municipality located north of the department. It has a nice cold climate and mountains with different shades of green. In one of its blocks, especially affected by the steep topography, with a strongly defined top and bottom, is where the educational park is settled.

In the lower limit of the lot, the “Casa de la Cultura”- house of culture, a building of colonial style shows the survival of traditional architecture. On top, over seven meters above, a contemporary library makes an effort to convey the present.  It is on that slope where the educational park looks to the creation of space through the connection of these different layers.

The entrances to the building respond to the meeting of these couple of places, the house of culture and the library, therefore two different accesses allow the entry through contrasting architectural languages and historical times. The building itself is conceived as a layering of spaces designed with thick walls (echo of the walls of the traditional houses of the town), walls in which the material predominates and the void is presented as a way to frame the landscape that mutates, a landscape that crosses the project thoroughly, with indoor gardens and bucolic fragments that are framed by the windows.

The educational park is a scenario in which various situations that harmonize or collide are presented. The ramp is the common element that establishes relationships and converges in rooms that arouse to a sensitive approach of the landscape, oriented in the right direction to bond with the environment, framing the church, the mountains, or the houses.

The project homes spaces for the practice, rehearsal and learning of music, an important practice for the town. Places are set through an understanding of the topography, which has determined the location of courtyards that are settled in the steep slopes and act as scenarios. 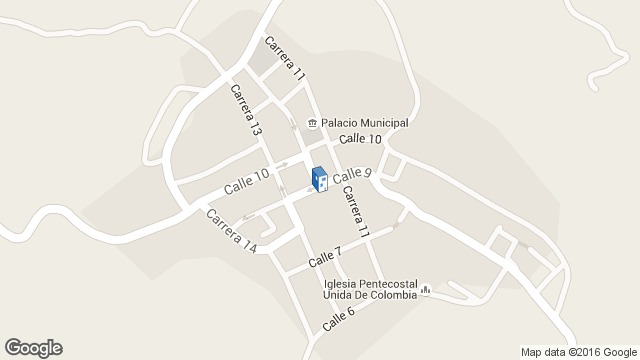