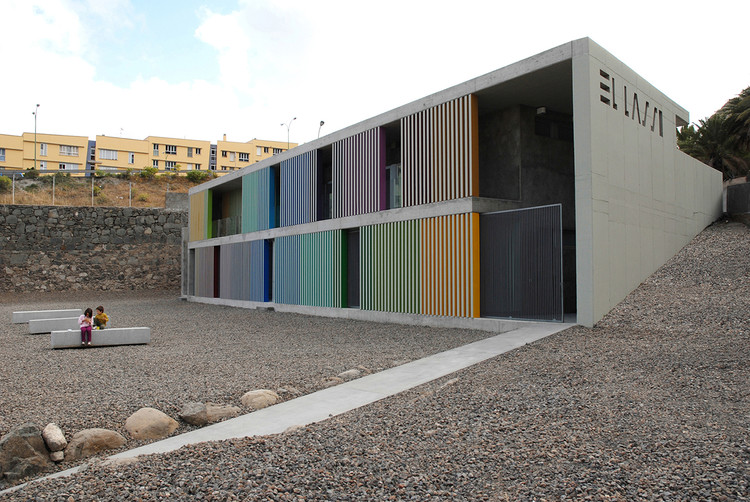 Text description provided by the architects. The architectural project always negotiates with the territory, although sometimes this negotiation comes given to us. At the Lasso Community Center, a neglected neighborhood of Las Palmas, the existing street and valley topography define a form and space, the project just limits itself to draw limits, to construct the encounter between a garden and a viewpoint towards the sea.

Often the architecture constructed these permissive borders, like the walls raised in valleys to avoid their own erosion. The desire to create a place is always prior to the architectural accomplishment.

The inner garden invents an open collective dominion formed by an enclosing curved wall, the built form and the tree shades. It becomes the scenario for representation of the communitarian use.

In between the sea-views and the garden, the longitudinal built terrace watches the Atlantic Ocean, acting as a filter of light, spaces, northern breezes and contained views. Versus time, the alive colors and casted shadows flood the façade that overlooks the sea, turning it into a landscape of polarized light.

The façade turns into an actor rather than a passive element that just stands and shows. On plan, the built form is a heavy wall on which spaces are carved and oriented to catch snapshots of the exterior. The building section gently negotiates the sloping topography allowing for two accesses at different levels.

Architecture that almost with the ease of farming becomes content of the territory and incarnation of the Canarian landscape, full of color, dry mud walls, torrents and drains. 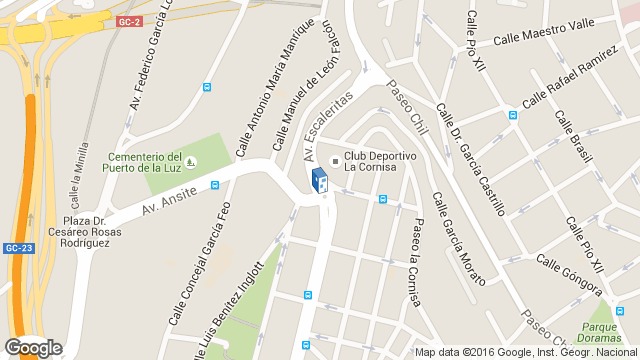 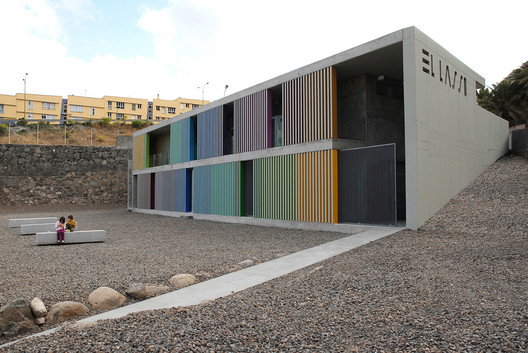