Save
The Museum Of The Twentieth Century / Avatar Architettura 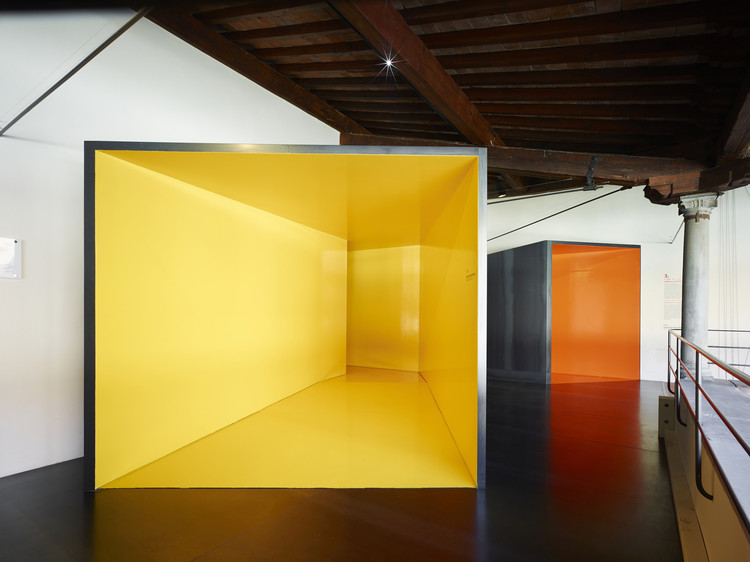 Text description provided by the architects. Avatar Architettura was responsible for the museographic and exhibition design of the Museo Novecento in Florence, housed in the charming monumental complex of the old Hospital of San Paolo (later known as the Leopoldine Schools), facing the Basilica of Santa Maria Novella and recently opened after a long restoration project curated by the Fine Arts Service of the Municipality of Florence thanks to a contribution from the Ente Cassa di Risparmio of Florence.

Completed after almost half a century of proposals and projects and opened last summer, the Museo Novecento exhibits a part of the Municipal collections together with artworks and documents relating to recent decades, loaned by artists, collectors and organizations that have generously supported the creation of this new institution.

The rooms dedicated to the municipal collections display, on a rotating basis, the numerous donations from artists and collectors received thanks to an appeal made by the critic Carlo Ludovico Ragghianti after the flood of 1966, including the prestigious Alberto Della Ragione collection. From De Chirico to Morandi, Emilio Vedova to Renato Guttuso, up to the Florentine section at the Venice Biennale, the Museo Novecento embodies two museums in one: a civic museum, through a narrative that links the public collections of the 20th century to the history of the city, and an “immersive” museum, integrating the town's heritage with testimonies of the national and international artistic events that marked the territory from the second half of the Sixties.

Developed in a very short time and produced with limited economic resources, the project by Avatar Architettura (Nicola Santini and Pier Paolo Taddei) interprets a complex system of requirements with originality and confidence. Starting with the physical location of the museum and its identity, the museographical project was defined by the scientific curator Valentina Gensini who encouraged the search for “a new concept of museum. An immersive museum that offers a unique experience personalized for visitors: artworks, installations, sound devices and multimedia equipment construct the narrative of the Twentieth Century in a backwards journey from the Nineties to the avant-garde of the beginning of the century.”

Leaving the façade of the church of Santa Maria Novella behind them, visitors face the monumental complex of the Hospital of San Paolo, the original core of which was built at the start of the thirteenth century as a refuge for pilgrims, the sick, the poor and beggars. The entrance, located under the loggia designed by Michelozzo, leads to a large cloister where the ticket counter is located on the ground floor and the exhibition path leads around it to the floor above. Here, on the south side of the loggia, three surprising spatial devices, short corridors made of iron, heavily characterized by the use of colour and the shape of distorted parallelepipeds, similar to funnels, provide the public with access to the rooms.

The journey backwards through time arranged by the curator starts like this: visitors immediately come across the most recent works thereafter going on to find, room after room, works from the start of the twentieth century. While the entrance is characterized by a clearly recognizable architectural solution, Avatar Architettura conceived the rest of the path as a sort of “suspended space.” More neutral, but physically present and material, the setup of the rooms starts with the metallic floor and continues in the panels that emerge from it in some of the rooms; in other rooms, the panels, covered in plaster to create the ideal continuity of the surface, stand out from the walls.

As a whole the exhibition design tends to define a perceptive structure capable of establishing routes by defining perspectives and modulating the spaces of the complex, housing a diverse series of artistic experiences, up to the first electronic music, visual poetry, radical architecture and art films.

Different experiences over the last ten years have brought Avatar Architettura's versatility and propensity for multidisciplinary research into play with the design of public spaces, set and museum design projects, and the production of installations and furnishing elements that interpret, among other things and with renewed sensitivity, the spirit of the radical avant-garde which had one of its most vibrant emergences in Florence over 40 years ago.

The project for the Museum of the Twentieth Century in Florence is driven by the heterogeneity of their experiences. Here the professionalism that Nicola Santini and Pier Paolo Taddei's architecture firm has acquired along the way, in particular during the works produced in the Uffizi Gallery or in the Loggia dei Lanzi in Florence, is imbued with the experimental attitude with which Avatar Architettura has given rise to a long list of successful initiatives, such as the exhibitions set up for the Venice Biennale.

In its latest brilliant project, finding a balance between the slight provocation of a temporary installation and the solid consistency of a strict museum system, Avatar Architettura capitalizes on the richness of the themes and works that accompanied the artistic production of the last century. 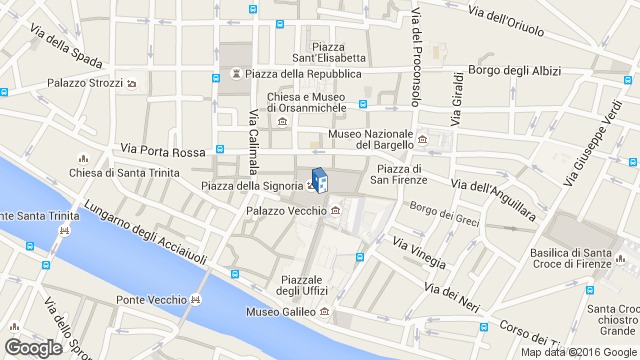 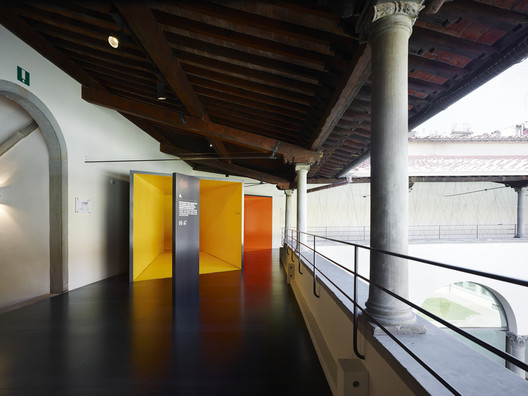