Text description provided by the architects. The project for Nuestra Señora de Guadalupe Chapel arises from the donation of 50 acres for the construction of a Diocesan complex, whose main project is the Basilica of Guadalupe. The land is located in a metropolitan area between the towns of Aquiles Serdan and Chihuahua.

As it is a long term project, there was a need to build a chapel that would form community both in the religious sense as in the social sphere, as well as used for devotional practices and cultural events due to the lack of facilities in the area. This is one of the most important premises because it had to be conceived as a multipurpose space able to accommodate a large influx of people, allowing to generate a reference element that gives a sense of belonging to current users.

The chapel is conceptualized on two elements that create a large shadow, one made of concrete that acts as a ceremony space and the other made of metal is higher and corresponds to the spectator area.

Being so contrasting with their surroundings, they create in the landscape both a spiritual and physical shelter that gradually integrates into its context. Besides graphically indicating their clear commitment to integrate religious signs like the cross and the image of Our Lady of Guadalupe.

Within the building system we highlight the structural design of the concrete volume, as the roof of the presbytery covers a span of 22 meters and is simply supported on a series of columns that are hidden within the walls bordering this area. 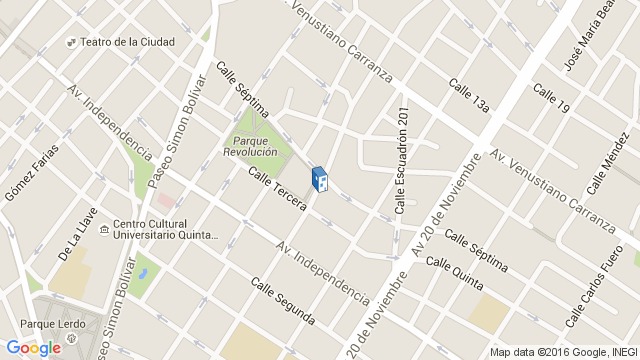