Text description provided by the architects. Sumatran Orang-utans are critically endangered and are facing extinction in the wild within the next five to ten years. Perth Zoo is regarded as a world leader in captive breeding of the Sumatran Orang-utan with 26 Orang-utans born at the Zoo since 1970. In 1999 iph commenced designs for the new Orang-utan exhibit, prototyped, constructed and re-assessed the designs in conjunction with the Perth Zoo’s primate team. This project created a facility that provided a stimulating arboreal-like environment for our nearest biological relations and provided interpretation of their physiology, intelligence and habitat.  It consists of an elevated boardwalk, exhibit furniture to 7 exhibits and renovations to the interior of an existing 1970s Night quarters building including the industrial design pneumatic access doors from the Night quarters to the exhibit habitats.

Orang-utans are highly intelligent, tree dwelling great apes and are one of our closest biological relatives.  They have the intelligence of a 6 year old child, and are very inquisitive, so creating a stimulating home for them is of critical importance. The last Orangutan released into the new exhibit last year was Hsing Hsing, the old male of the colony who has type-2 diabetes.  After living in the exhibit for some weeks he became more active and his disease improved considerably. The last stage of the redevelopment involved creating a raised boardwalk that brings the visitors and Orang-utans closer together allowing visitors to experience the “immersion effect” of viewing the orang-utans within their colony.

The climbing apparatus is in effect a “tuneable” concrete and steel forest that can be adapted to the needs of a growing Orang-utan.  One real tree is used for pre-release training has controlled access. Steel mast poles support adjustable branches and rope “vines” and sway in a similar manner to small trees while the 12m tall concrete pole supports nesting platforms and shading devices from recycled jarrah joists. The re-cycled concrete power poles act as “tree trunks” and were donated by the local power company.

The nesting platforms are critical as orang-utans build nests in their natural habitat and need to be able to do the same at their home at the Perth Zoo.  The nesting platforms also support drinking points and water canons that the orang-utans can spray each other with as a behavioural enrichment activity. The bases of the poles support cordial and jam dip tubes providing further stimulation for the orang-utans as they make tools to remove the food from the tubes. Other works included the industrial design of a system of Pneumatic sliding doors that can close in 3 seconds but not injure an Orang-utan or be defeated by the animals who are 6 to 10 times stronger than an adult human. The boardwalk is fabricated from galvanised structural steel, with Modwood decking and bamboo and rope balusters.

The Perth Zoo aims to provide visitors with the opportunity to encounter the natural world and to become involved in conservation action. Their vision is for a world where diversity of species and habitats is secure. Their purpose as an organisation is to inspire and act for wildlife conservation.

This project was executed under these strong values of habitat and biodiversity conservation that informed all aspects of the design, from the detailed industrial design and performance of the animal habitats to the longevity and maintenance costs of the facility were considered.  Most importantly was the need to communicate the message of conservation to visitors to the exhibit.

This was done by allowing the Orang-utans to interact with the exhibit furniture in arboreal manner- allowing visitors to see these magnificent primates moving and interacting as a social colony. The message of conservation is demonstrated to visitors in the interpretation and by the curiously designed apparatus that suggests other ways of looking at the environment.

The re-fitting and re-use of the existing 1970s building allowed for both a sustainable and cost effective solution to minimise health risks in the preparation of food, to allow for collection, storage and distribution of browse feed and behavioral enrichment and to maximise the longevity of the facility and its equipment.

All steel is galvanised, main poles are from recycled pre-stressed reinforced concrete donated power poles, timber within the exhibit is from recycled jarrah, ropes are from decommissioned naval vessels and the boardwalk decking is from recycled plastic.  No rainforest products are used in the exhibit- and indirect environmental impact of all products and systems was considered by the project team. The equipment assembly is bolted together allowing for ease of adaptation – in fact the poles and furniture has been changed and adapted over the years. 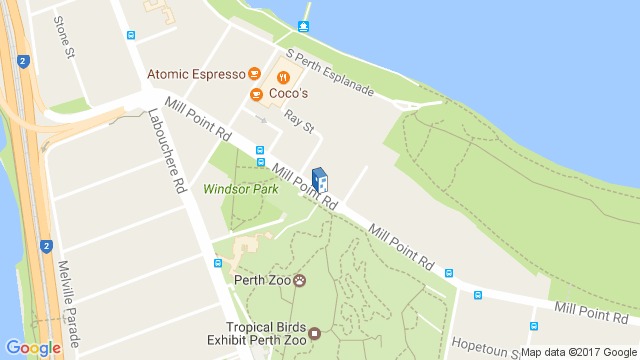