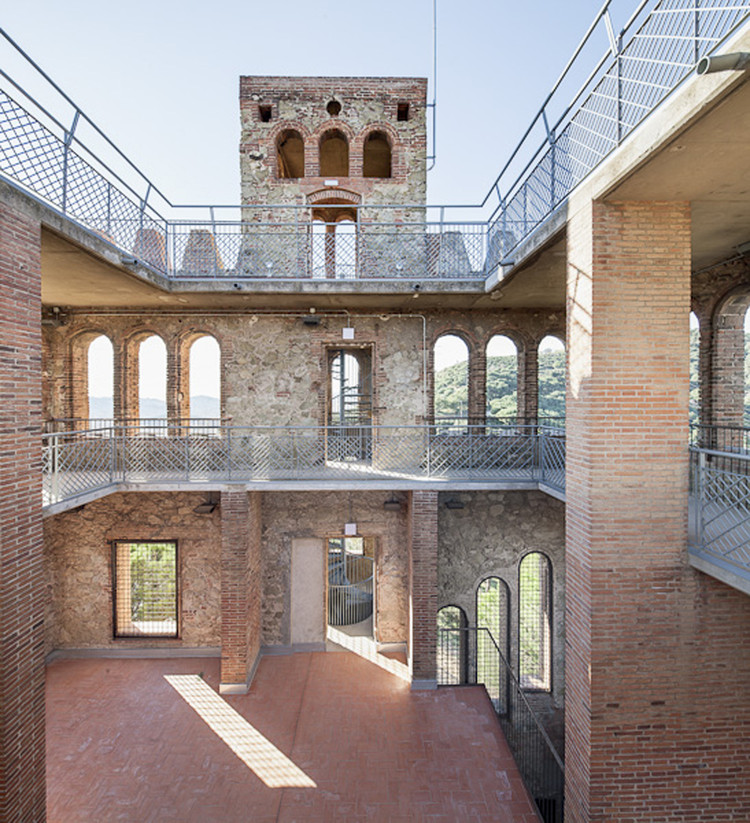 Text description provided by the architects. A castle which is not a castle.

The Torre del Baró was built around 1904. It is located in one of the crest lines of the Collserola hills and, despite its residential origin, seems to be a fortification of historicist style. It is visible from much of the northeastern sector of Barcelona and has views over the city and the interior valleys of the metropolitan area.

A ruin that doesn't want to be a ruin.

The construction was never completed and it has been a ruin since its inception. It was used for military purposes during the civil war and as a meeting point for civic movements in the 1970s. Repeatedly neglected, it got into an unstoppable process of degradation.

A late 1980s consolidation addressed its structural problems while a viewpoint above Barcelona was built at their feet. Various partial works were later conducted, but they remained inexplicably unfinished and the building continued degrading.

Its new destination as an information point on the Collserola Park and the works carried out with this purpose, aim to stop this process, allowing public use and making it become a reference element to the surrounding neighborhoods.

A kiosk on the mountain.

The information point is located on the ground floor, an open space coated half way with ceramic tiles and articulated around a granite counter. A great backlit photo-plane and black iron panels are the basis on which information is printed.

Lavatories and storage rooms are located downstairs. To facilitate access to the ground floor a new metal staircase meeting current regulatory requirements is constructed. These two plants are the only fully public levels and the only area with enclosures and protection.

The rest of the building is intended as a viewpoint and is accessed by a spiral staircase introduced in the 1980s. While safety of all the openings is improved, no fences are placed on the higher levels and they remain open.

The three skins of time.

The intervention is respectful to the past, both the original construction and the 1980s intervention, adding a new layer to the building that does not prevent from reading the previous.

The original building is characterized by its masonry walls and its openings with lintels and manual brickwork arches. The intervention of 1987 is made of concrete, mechanic brickwork and gray painted iron.

The new intervention works almost with a single material: black steel. It is used to configure the new safety elements (bars and handrails), the panels and exhibition elements, the new divisions and the new staircase.

The contemporary language of the intervention is thus compatible with the historicist character of the building not being thereby less recognizable. 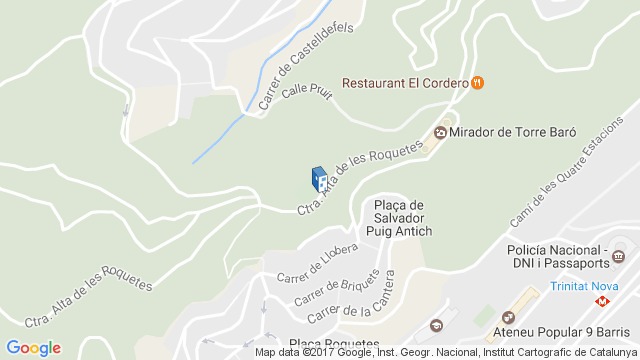