Save
A Casa - Museum of the Brazilian Object / RoccoVidal Perkins+Will 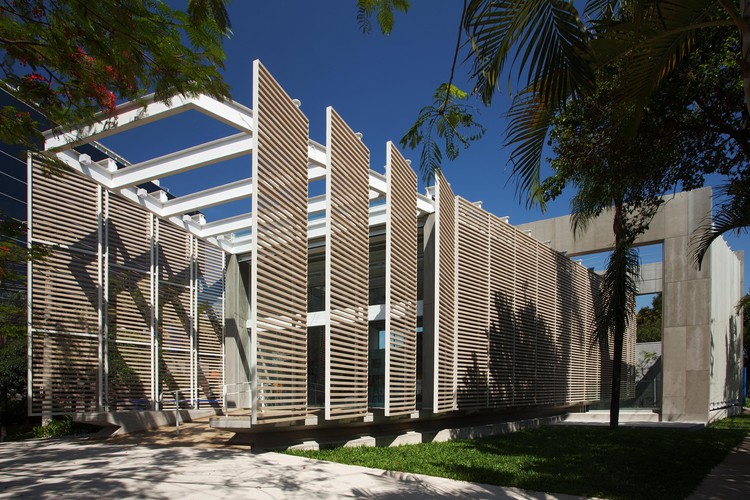 Text description provided by the architects. A Casa (The Home) – Museum of the Brazilian Object is a project designed as the new headquarters of this non-profit organization under the general management of Renata Mellão. The new facility will house the exhibition sector for artisanal, semi-artisanal or industrial objects as an expression of culture.  It focuses on Brazilian production, centering on everything in and about Brazil. The focus may extend to other countries in terms of achieving a greater understanding of the Brazilian situation.  The interest is not solely in the objects themselves, but also in the process and context in which they were designed, made and consumed.  There is also interest in the network of cultural mediations that strengthen and enable the socialization of cultural productions.

The piece of land selected to house this new project is in a prime location in the city on Avenida Pedroso de Moraes, near the Tomie Ohtake Institute. However, the land presented a significant challenge for the project team; located on a corner, it connects the residential area of the Pinheiros neighborhood to an established commercial zone. In addition, its borders closely resemble a trapezoid, with one side bordering on a townhouse that will house the institution’s administration sector and the other a small public square, where two neighboring roads converge.   City hall authorized the architects to incorporate this open area into the museum design, eliminating any type of obstruction between the two and allowing continuous transition, as if one were an extension of the other.  To achieve this, landscaper Isabel Duprat used a series of resources and solutions to enhance the area, one of which gives prominence to the Flamboyant Tree on the site.   Access via the square is through a series of sequential levels along the diagonal path that connects the corner to the museum’s entrance, while side access is via the staircase facing the busy road.

At pedestrian level another of the project’s unique solution is evident: the V-shaped concrete edge beam on the first floor, with the crack facing the outside of the building.   These beams mark the beginning of the main entry point to the museum as benches and continue to the end of the building providing support for the swiveling metal frames with horizontal ceramic slats. However, these panels are only movable close to the main entry of the exhibition gallery, thus improving the circulation of air and light in the area.  The other panels are fixed since they are responsible for sealing the exhibition room and are only opened to maintain the installations that run through the core of the facade. The insufflation system of the air condition via vertical towers, with outlets located on the small mezzanine level, optimize the museum ceiling, which therefore consists of a solid cement slab.

In the museum’s interior the architects designed a retractable steel staircase that connects the exhibition floor to the lower floor, which can be both an extension of the exhibits and used for events. The lower floor can also be accessed and function independently through an entrance located on Avenida Pedroso de Moraes. 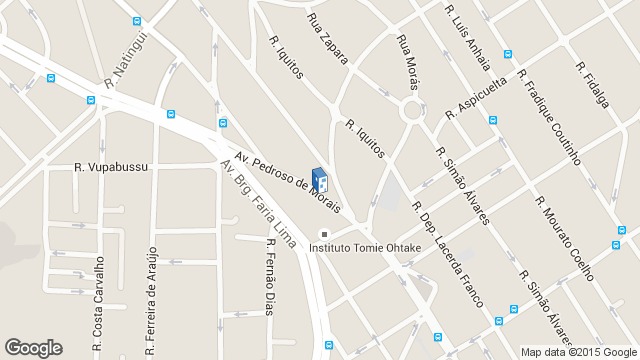 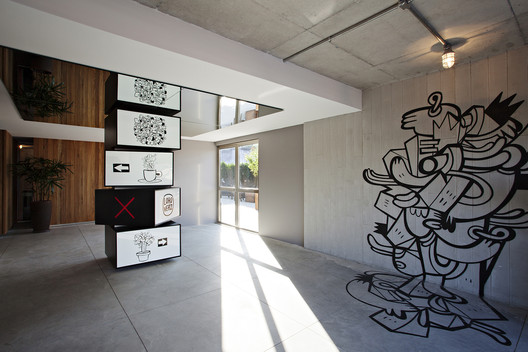