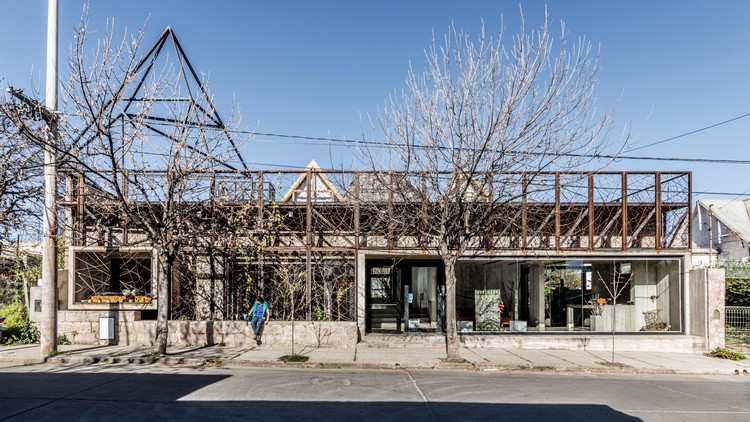 Text description provided by the architects. The project was to modify an old house from the early twentieth century, which operated as an inn since the 1940s, into a small hotel with 10 rooms, trying to take advantage of the limited free area.

The hotel was conceived as an overlay operation, a new perimeter structure, which considered the vacant spaces, as well as articulated the original mansion with extensions of lower quality than had been added over time.

New spaces and programs from a skeleton of reinforced concrete, which resolved in a single piece the entrance hall and a pool on its roof, leaving small courtyards and slivers of light so that the original body of the old building is always highlighted. Covering this structure, we developed a metal structure that runs a network of iron construction for a wisteria facade, while it advances on the terrace of flat volumes, forming decks and expansion places where you can appreciate the scenery dominated by the Uritorco hill.

The project is designed in the interstices of the courtyards and two structures of concrete that solve the access to the house and the metal structure, which emerges as a calligraphic geometry in dialogue with the shapes of the steep roofs of the old inn.

There is a desire to build the atmosphere of a dilapidated garden, made of rusted iron and vines, that through it, leads to the discovery of the most shadowy spaces of the house.

Time, like tension in the plot of the fluid path of interior and exterior spaces, built with an austere atmosphere and raw materiality, a collage made of reused floors, fixtures and furniture from the demolition, dislocating the parts, the vestiges of other times in shaping the contemporary.

The entire project has the characteristics of an unfinished work, which will keep changing its looks and program, which will remain implied in a continuous play without return.

The interior landscape is completed with the presence of the guests, who are seduced, symmetrically, to the beginnings of the twentieth century, in the old mountain inn. 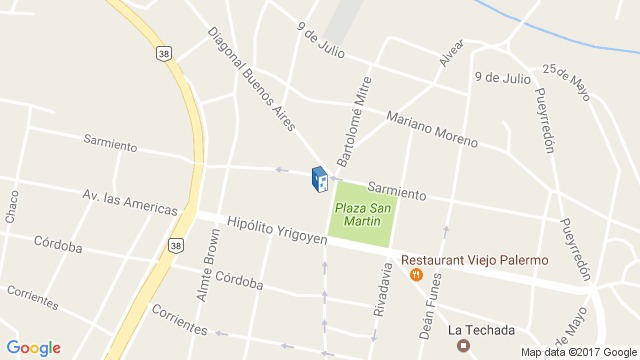