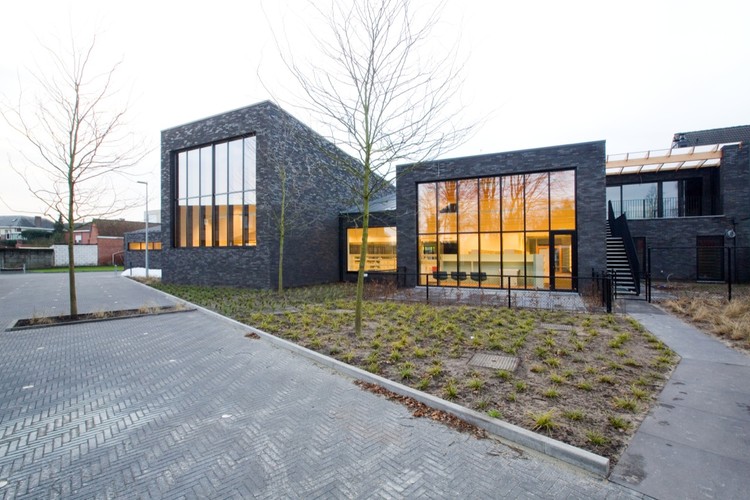 The rehabilitation of the site 'Pleintje' in Zoersel, where the new library was built, made part of a broader public competition with the aim of revitalizing the entire central area of the town. Standing as a symbol of the town's ambitions for the entire development, the first step was to construct the public library, located at the town's square.

The design was an exercise on the perception of scale; the outcome of the library's design follows from an attempt to balance the large scale function of a public institution and the small scale context of the town itself. Standing among typical Belgian terraced houses, the architects strove not to disturb the existing urban pattern when creating the library. With this ambition, the volume of the building appears to be subdivided into smaller scale sections that better reflect the local building typology, as opposed to a singular block.

The building is made to appear as if it is a sequence of individual sections, each with its own roof profile and its own identity. Also marking the subdivisions are the large windows that are present at the front and rear of each individual element. Inside the library, the subdivisions disappear and the library takes on its larger functional scale.   Together, these elements are a reflection of the scaling concept.

A custom selection of standard, raw and glazed black brick was chosen for the library's facade complimented by a dark anthra-zinc roof. The interior is painted in a sober white, accented by the revealed wooden ceiling structure. Custom-designed furniture is placed throughout the library, at designated areas including the reception, the children's reading room, the group and individual reading areas.

High standard building insulation, high thermal windows and solar panels enable the building to reach a K-value of 31. Displacement ventilation is used during the day, while natural ventilation occurs at night. Rainwater is stored and reused for flushing toilets. The solar panels on the roof generate approximately 8.7 KWh of energy annually. 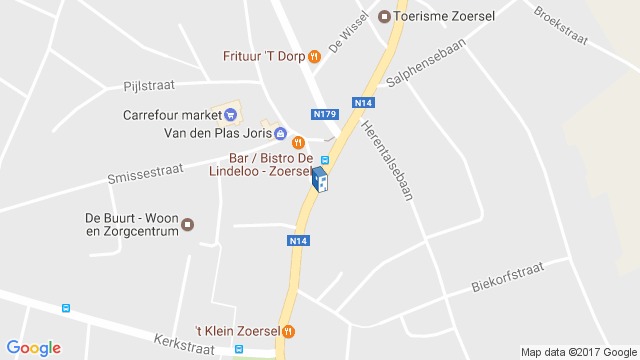 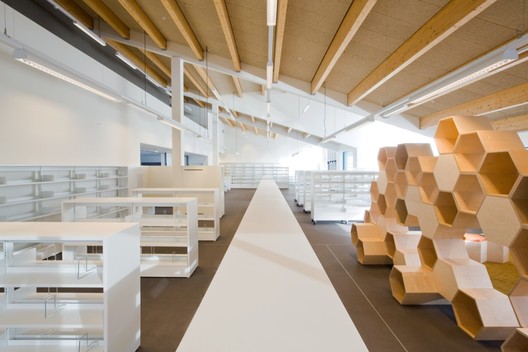 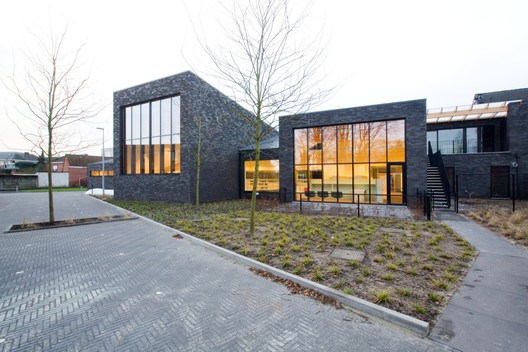