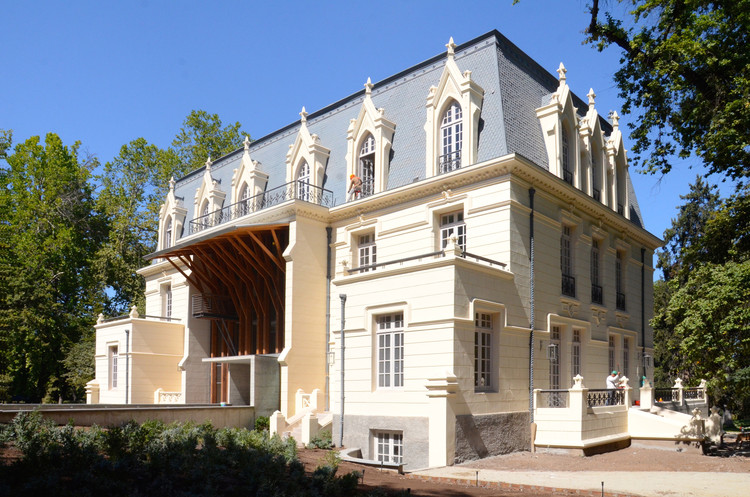 Text description provided by the architects. RECONSTRUCTION, RESTORATION AND ENHANCEMENT AS A BUILDING OF CULTURAL INTEREST FOR THE “REGION METROPOLITANA”  OF SANTIAGO.

The palace “Las Majadas” is a construction built in 1905, as home for the Subercaseaux Browne family. The building, designed by the architect Alberto Cruz Montt, is located in an agricultural area south of Santiago. Surrounding the palace a park was created based upon the landscape design by Guillermo Renner.

The development of the project of restoration seeks as its main goal to adapt it to a new use for meetings and public use, along with ensuring it’s preservation for the future.

Work focused on the preservation of the building is divided into two phases; previous to the earthquake of February 27th 2010, and after this event. In the first phase, a study of the structure of the building consisting of brick walls and wooden partitions revealed different deterioration states. The foundations and first level were in good state, the second floor was moderately deteriorated and the third floor structure was more seriously deteriorated.  An analysis of the structure was undertaken by the structural engineer Mr. Santiago Arias, who issued a report with details of the expected damage the building would suffer for a range of seismic intensities, indicating that the effects of an earthquake of magnitude 9.0 in the Richter scale would cause “partial collapse of structural elements” under which circumstance the building “would be demolished if a technical/economical study advises so.”

During 2009 a structural reinforcement plan was established, which included strengthening of the masonry brick walls by insertion of concrete pillars and bond beams, along with the reinforcement of the wooden floor structure to serve as bracing for the whole building. Work began on the execution of the plan, beginning by a bonding beam along the top of the exterior walls of the building, which was only partiality executed by february 27th 2010.

Damage suffered by the palace as consequence of the earthquake was surveyed with the help of the structural engineer Mr. Santiago Arias. The report issued by the contractor Mr. Gregorio Rosenblitt states that the damage suffered by the building because of the earthquake matches in detail the expected damage based on the previous analysis made by Mr. Santiago Arias, and although the damage was severe, it was minimized thanks to the partially executed reinforcement works, without which it is estimated that there would have been a complete colapse of the structure.

With the goal of adapting the building to its new use, a program was determined with rooms that strictly matched the original layout of the bearing structure of the building. Because of the high level of damage the building suffered, a new reinforcement strategy had to be adopted,  which included strengthening of the perimeter walls by building an adjacent concrete wall on their inner side, the main transverse walls where rebuilt from zero, and all the wooden framing of the floors was replaced by concrete slabs. Al the interior wooden partitions where also replaced.

Thus, the palace today includes an underground floor, built completely new into the original foundations of the building, where general services, services for guests and an informal bar are accommodated. In the entrance floor, a new main access has been created on the east façade, a new main hall and stair system, along with a new lounge room to the north and a cafeteria to the south. The second floor has three main rooms; the largest of these is a conference and seminar room with a capacity for 52 seats. On the third floor, the roof and its structure have been completely rebuilt, replacing the original wooden structure with steel girders, including an efficient thermal insulation system and opening of windows based on the original ones to host a great room for seminars, workshops and diverse activities.

The works executed on the main building are complemented with the restoration and enhancement of the original terraces to the north, west and south, along with the new terrace for the main access to the east. Thus, the palace today is clearly positioned as the central piece within the surrounding park area. 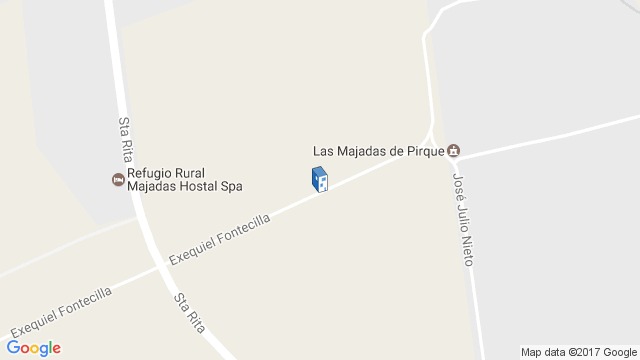