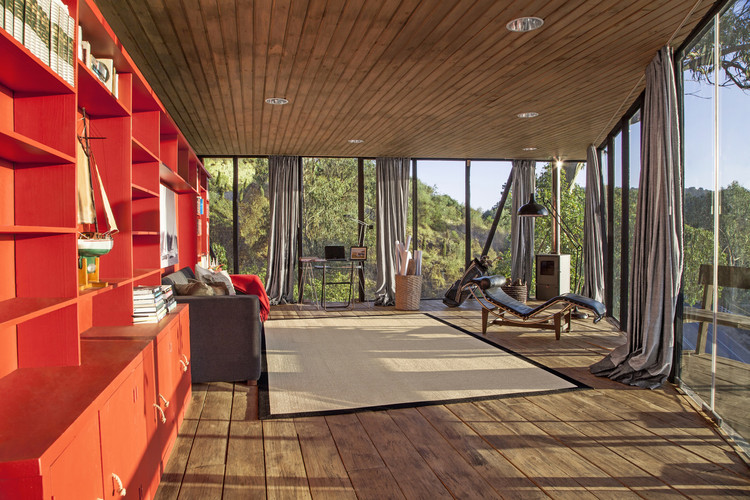 Text description provided by the architects. The “La Palomera” (pigeon loft) project arose from a number of coincidences starting a few years ago, when, after remodelling a floor of offices in Santiago we were left with 37 windows, they were 3.2mts high with widths varying between 40cm and 120cm. Among them 15 were frosted glass and 10 were protex type hinged doors (1), in addition there was a kitchenette and a complete bathroom. We also took a box of focal lights, albeit not knowing what for, just to rescue them from the rubbish tip.

It is located in an area known as “La Paloma” (The Pigeon/Dove) in Zapallar, where a link road between La Ligua and Valparaiso was built over 40 years ago and cut through the original property leaving this scrap of land, on which the project was constructed.

3 years after the completion of another project in the area we took theconcrete formwork including the wooden ceiling support posts, the roof of the building site office and other leftover materials to start the construction.

With all this we proposed to make a simple, minimalist, self-sufficient project with the added plus of enjoying a splendid sea view given by the land. A basic "Petit Cabanon", an unpretentious, recycled shelter with a large main room that serves as the living room, study and dining room and at night the sofa converts into a bed transforming the space into a large bedroom.

To get the best possible view, the project was placed at the highest point of the land, but also the most confined by the site limits. With the variable widths of the windows we did not give in to temptation to build a parallelepiped construction, one of the glass walls is even arranged at an angle, moderating privacy levels of the large area and highlighting the position of the project on the steep slope, pushing the apex higher over the ground. The front corner of the rectangular base is divided by the front glass wall, extending over the steep slope up to a tree and thus providing an outside terrace area for the cabin.

Similar to the "Farnsworth" house the programmatic outline of a single book cabinet separates the bathroom, closet and kitchenette from the main room, avoiding doors, and leaving the main space devoid of anything to distract the view and integration with the landscape. Almost without a boundary between the inside and outside, the precarious glass structure, with unions hidden by the recycled wooden ceiling support posts, gives the sensation of an exterior folly.

32 windows were placed around the perimeter, the frosted glass placed at the back to give privacy to the bathroom, closet and kitchenette, and 6 of the protex doors connect  the main space to the terrace, two were left as windows and the last, the only frosted, was used as the front door. It was built in 35 days by 5 master carpenters. 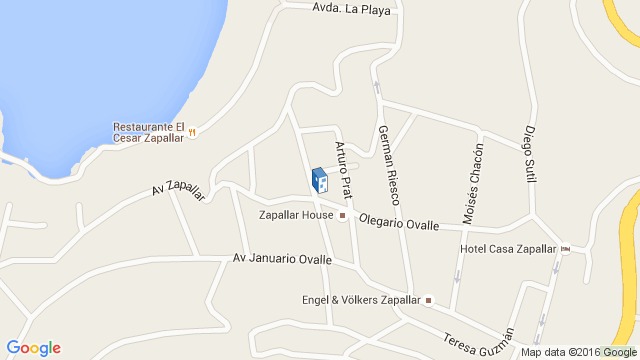 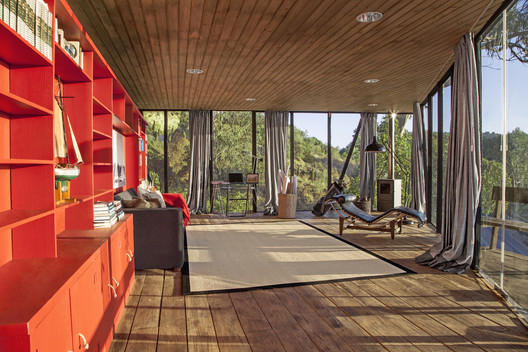