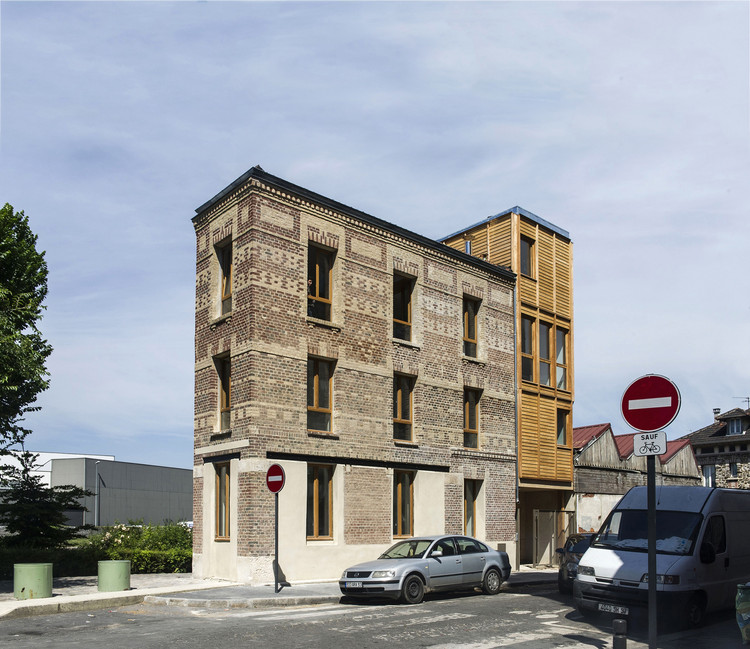 Text description provided by the architects. In 2011, RAMDAM was approached by SCI «Au Bon Coin» for the redevelopment of a small occupied building, situated on the banks of the Saint-Denis canal. This early 20th century building, an emblematic canal-side structure, used to be home to the lockkeepers’ café, Au Bon Coin, famed for featuring in a Robert Doisneau photograph.

Intended for social housing, the renovation project includes a contemporary timber frame extension added to the back of the existing building.

The extension stands out for all to see, with a new profile that sets the tone for future changes to the rest of the block. The two buildings are complementary, introducing a new iconography in the local environment.

The gable end, which used to be blind, is now dotted with windows, inserted randomly to underline the reversal towards the formerly industrial canal.

In order to save resources and materials, priority was given to reusing the existing materials, deconstructing only as needed. Against the existing, restored brickwork, the new expansion contrasts with a contemporary feel.

Built entirely on a wooden framework, the chosen construction method offers numerous advantages: less waste and pollution by means of pre- fabrication, a dry site, without processing and environmentally friendly. The project provided an opportunity to reflect on the materials used, their processing techniques, their source, their implementation, their sustainability and their possible reuse.

This life-cycle assessment (LCA) has helped with decisions, both with the upgrading of the existing building and with the development of the new building. This project has been a laboratory which has allowed architects to experience a job which positions the act of building within a dynamic process in which the life of the building begins well before its completion.

Throughout the summer period, the site was opened up to local residents and the cafe was brought back to life under the name «Coin des Reves». 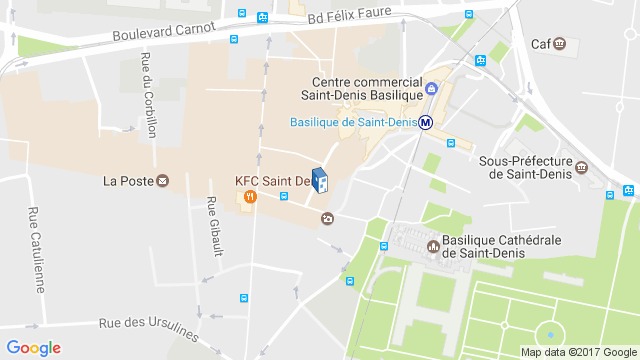