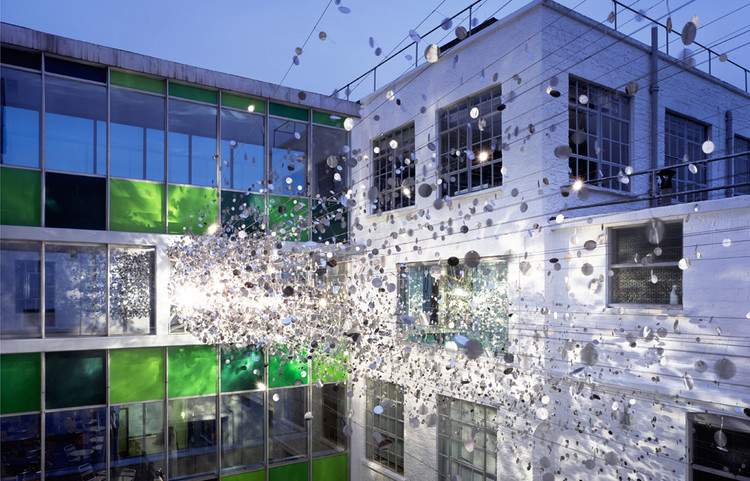 Text description provided by the architects. ROSO has launched a major art installation at Clark Shoes Headquarters in Street Somerset, South England. This was commissioned by Mr Lance Clark and is the first phase of two, of the art work situated in the communal court yard in the heart of Clarks office buildings.

The installation itself was developed from a single observation - Light is only seen when reflected. A light beam coming through a window is only visible because light is reflected in the millions of dust particles floating in the air.

Roso's approach was to create a dynamic, ever changing space where the space itself would be a major part of the installation.

Two imaginary beams of light enter the courtyard from one end and travel through the space, penetrating the centre bridge building, one hitting the end wall up high, above the terrace and the other the side wall opposite this. The entire courtyard was painted white and the bottom was covered in black asphalt to turn the court yard into a canvas for the reflections and shadows from the installation.

As wind and light changes during the day and the seasons, the dynamic of the installation alters - sometimes wild, illuminating the entire space, at other times calm reflecting the colors of the surroundings on grey days.

The installation and the space is merged - one cannot exist without the other. Offices and staircases are penetrated by the light and shadows coming from the art work, extending the effect into the building themselves, making the installation an integral part of the Clark Shoes head quarters.

Each beams is made up by 7.500 shiny discs suspended from 36 vertical wires, which mounted on a structure on the central bridge building and onto the end walls.

The discs themselves reflects the incoming sunlight from the top part of the yard down into the shadowy bottom below and the walls on the side. They also reflect the colors of the surroundings, as well as have a pixilating effect as they either reflect light or are black when in shadow depending on the angle they have.

Roso was approached by Mr. Lance Clark of Clark Shoes International, to propose an installation that would bring life into the very dull and dark central courtyard in the Clark shoes international headquarters in Street, Somerset in South west England. The court yard is situated in the heart of the old Clarks factory now housing the offices of 1500 employees. This is part of the factory's social centre - the canteen, which extends into the courtyard via an outdoors terrace where the employees can enjoy their breaks.

The physical space of the courtyard has a strong dynamic in itself - the space is 25m long, 7 meters wide and 4 storeys high with a central bridge building, connecting the two sides. This bridge building divides the court yard into two spaces, one being the terrace side and the other just an empty courtyard with no designated usage. The space is isolated from the outside world and is partially shielded from sunlight and wind, which meant that the space had potential but rendered very dull and un-dynamic in it's original state. 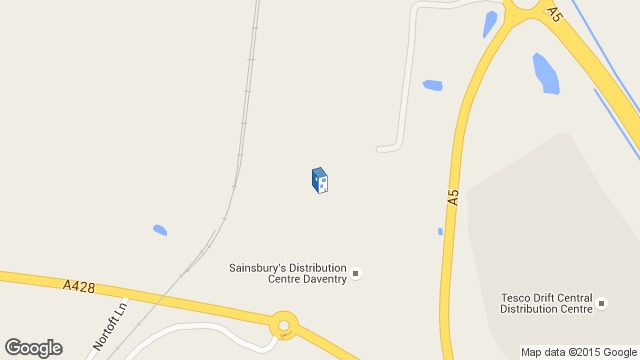 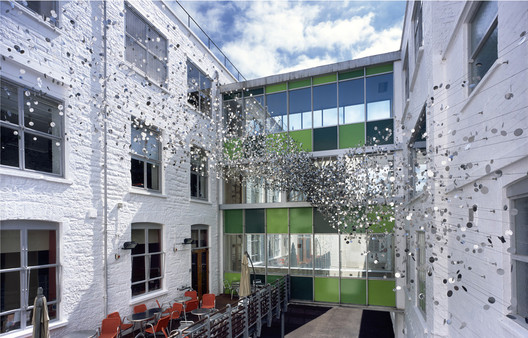