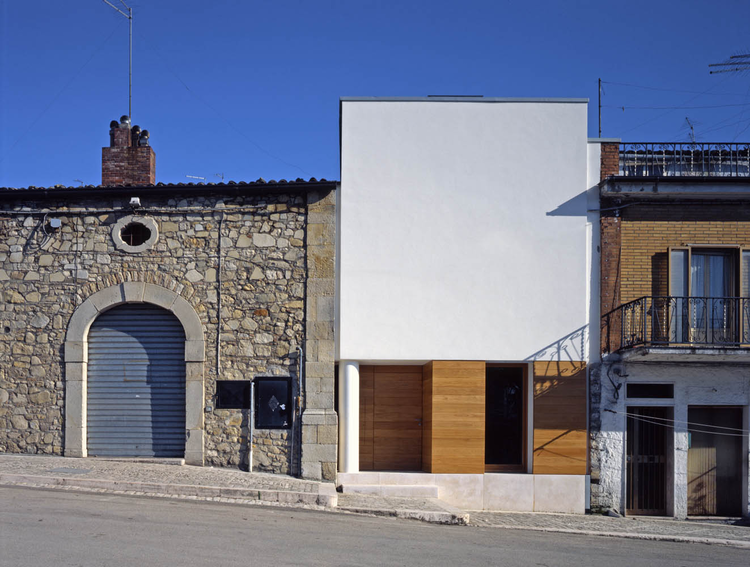 Text description provided by the architects. The project concerns two small buildings situated in an irregular shape lot, near the old town of Orsara di Puglia, in a street characterized by different typologies of buildings.

The new buildings completed the block by filling the gap between the fronts on the two streets, left uncovered an internal area to brought light inside the two buildings and related them to each other. It is possible to divide the front of both houses in three elements: a basement made of brushed Apricena stone, a surface completely covered with oak boards, containing the entrances, and a white wall, without windows, for the front on Via Trento, while on Via Cadorna there are two balconies in stainless steel.

Both the buildings are covered by roofs with a single slope made of Rheinzink.The particular lot geometry have influenced volumetric development of the houses, buildings follow the different directional lines which crossing the area.

The main idea of the project starts from these bonds and finds the solution in the rotation of the levels around the chimney, like a fan, generating many terraces turned in direction of the court, the core of the buildings.