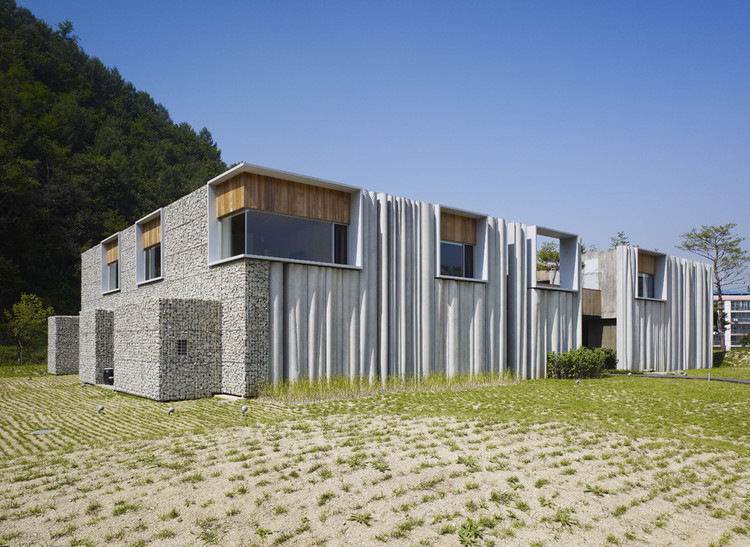 Text description provided by the architects. The Purpose of this project is to educate visitors about the potential for recycling concrete. In Korea concrete is the primary building material so it is imperative that we begin to re-use, the otherwise waste, concrete as buildings come down and are replaced. The Information Center is an example of how to re use this material in different types of construction, casting formwork types as well as re-casting techniques. Concrete has been broken and recast in various materials creating both translucent and opaque tiles. The displays will continue to evolve and change at the Information Center as new techniques are developed. The gabion wall and fabric formed concrete which constitute the main façades of the building, was erected first, and the concrete left over from it was recycled in the gabion cages, on the rooftop for insulation from sun, and as a landscape material at the street and around the factory.

The site is located to the westernmost part of the factory, adjacent to Mt. Sobaek National Park. The existing land had been changed much to facilitate the movement of trucks to the cement factory. First of all, we tried to restore the damaged original mountains and forest. In order to revive the landscape, we brought in earth to fill the courtyard between the two buildings. The flow of the mountains from the west leads to the reception and cafeteria in the inner courtyard of the building. In the in-between spaces we allowed people to experience the mass of the building while watching the building shift around it’s central courtyard.

While following the linear placement and movement of land and earth, we came up with ideas for the new building façade. We applied canvas-like concrete walls to the east façade, evoking images of the adjacent forest. There are four openings in the eastern wall and long vertical windows have been created in their in-between spaces. Through the windows, one can see how concrete is produced at the factory. Behind the two larger openings, one can see the courtyard of the Visitors’ Center and the cafeteria next to the courtyard, which is encircled by a water garden. 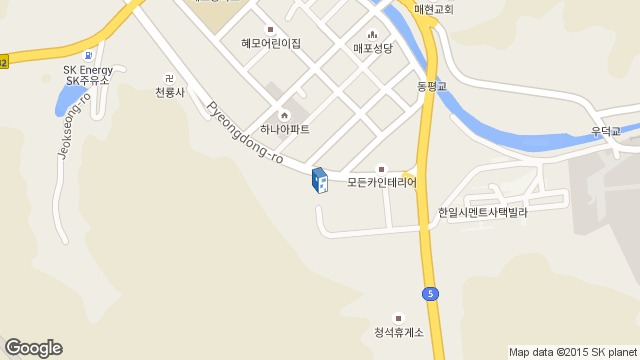 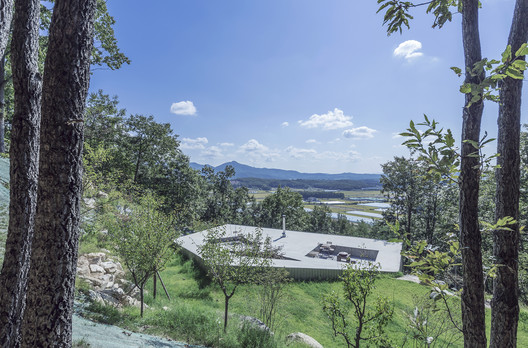 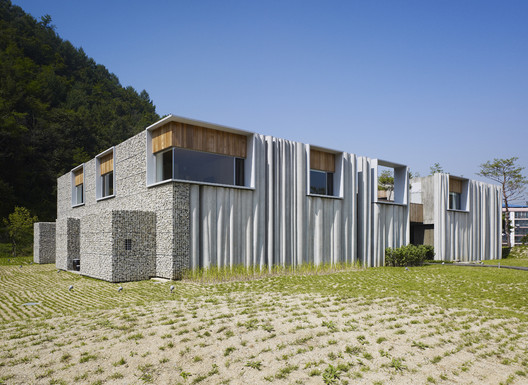