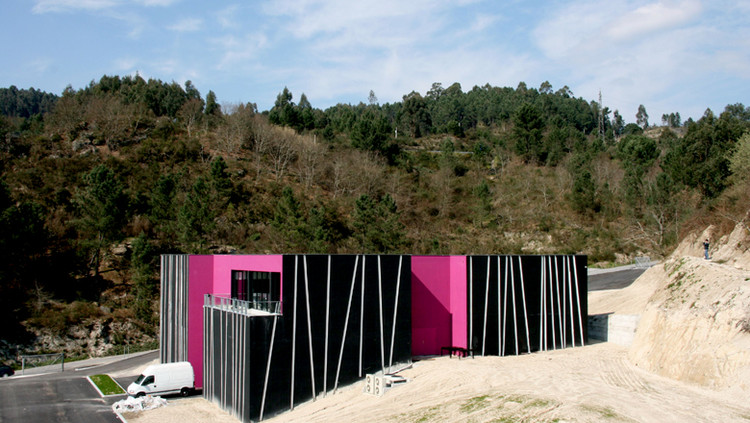 Text description provided by the architects. PORMENORarquitectos® were invited to integrate a bar into a natural environment. As a limit, beside the standard local legislation, 3 milion euros were the budget.

Embracing the fact that an equipment of such nature urges to become a great atraction and needs to influence a wide spread area, the concept pointed the design towards a powerfull object, massive and strange, growing from the mountain.

The rising volume suffered rithmic additions and subtractions untill it became fully equipped to allow the creation of the maximum entertainment environment possible.

The light and sound were imprinted on the exterior concrete as the building glows its function by the façades. The interior became a cult area with a main wing where the Dj is the altar, and two secondary wings for his followers.

At night the building shines, and with the sound of the Dj, it pulsates. 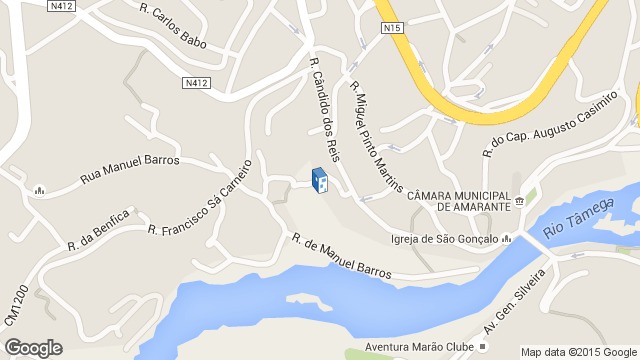 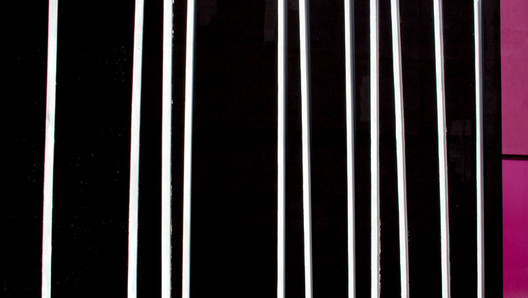 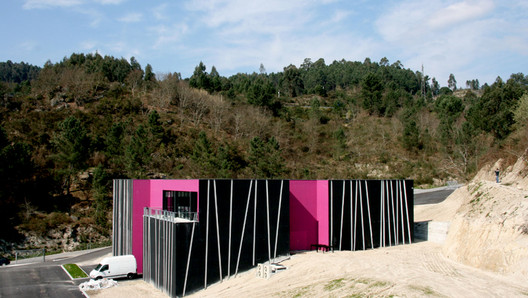