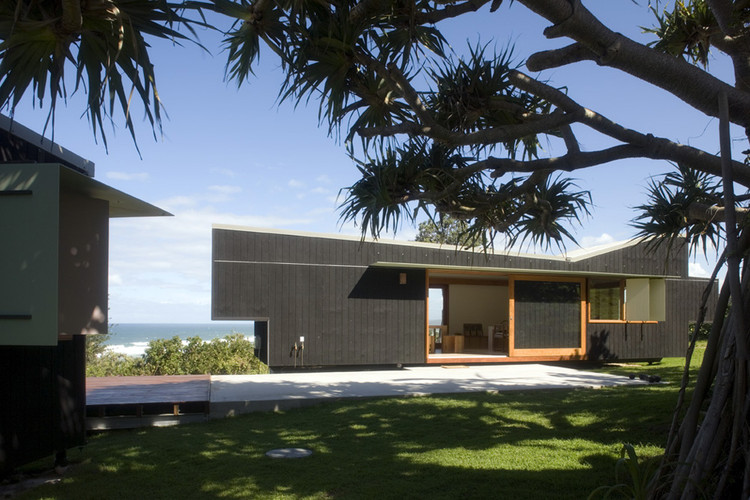 Text description provided by the architects. Interest in prefabricated housing surfaces regularly. The local ‘Queenslander’ established a now much loved precedent although it might be forgotten how so many of them came into being; they were bought in kit form from catalogues and installed on stumps that coped with site conditions.

Since that time various forms of kit home have appeared, usually relying on innovations in couplings, materials, fixings, spanning systems etc. The Happy Haus concept has its own form of benign innovation. It has no nifty gadgets, it does not even fit into a kit. It is entirely reconstructed using systems ideally suited to easy installation and maintenance ie; the same systems any ordinary house is built from. This reliance on completely transportable ordinariness, (the taps, the cupboards, the switches are all built in prior to transport) enables more people to quickly install or easily maintain a Happy Haus. The emphasis on maintenance particularly applies to remote area use.

The DHAN series offers life enchancing charms to this dry concept; timber sashes, shaped volume, a pelmetted interior. The plan encourages multiple arrays, groups or clusters that can be particularised to sites, territories or prospects.

Interest in prefabricated housing has cycled in and out of fashion. Vernacular systems like ‘barnstorming’ or the much romanticised ‘Queenslander’ have often proved the most successful. Grimly industrial urban ‘stacking’ of modules are perhaps the least successful. It is useful to reflect on the role of technology and the type of housing demand, to be conclusive. Vernacular methods seem to combine well in making individual houses, while technological niftiness seems not to contribute positively when making urban blocks.

There is a current demand for housing which is acknowledged by attempts made in another hybrid situation – very remote housing in areas of limited skill and resources. Mining operations, indigenous housing and exotic holidaying share these curious conditions.

An existing alliance with a building contractor enabling collaborative design and production of a prototype has refined our thinking to date. As much of the house as possible is factory built and trucked to a site, where as little as possible is done to establish the dwelling. Very ordinary building systems are be used to pursue the practice’s usual interests in establishing a ‘territory’ for occupation i.e. ways that differing, transportable items can be arrayed as a site and not just an object.

It has been difficult to communicate or exemplify, but the emphasis ideally is on using the DHAN Series to array sites (domains) rather than render them just as housey objects.

There is a non-visual context; a context where housing fails because the services and systems fail. This is because of poor installation (there is less skill in remote areas) and poor maintenance, in the same skill short environment. Multiple orientation potential and the tailorisation of opening protection will formally differentiate the DHAN from setting to setting (even the varying colour palette plays its small part).

The project is very jointly orchestrated as a team of financier, builder, architect and now operational/marketing manager.

Having the varying trades perform their work in controlled conditions on wages, rather than operating as subcontractors on sites, has produced real value.

Even the transport is relatively cheap compared to compliance, authority and establishment costs, which have proved to be a very expensive, value attacking aspect of Australian housing.

Aside from using reasonably ‘eco’ materials, the consolidation of transport energy into a singular significant event compares favourably with tens of dozens of subcontractor trips to sites. (Transport being more carbon offensive than building use.)

Market responses indicate an almost reassuring reality....people want to touch and feel before they buy, (no amount of internet hype overcomes this delightfully human trait).

Many corporate /industrial purchasers who consider the ‘product’ are keen to buy a more total package that includes servicing, cleaning, rental management etc. 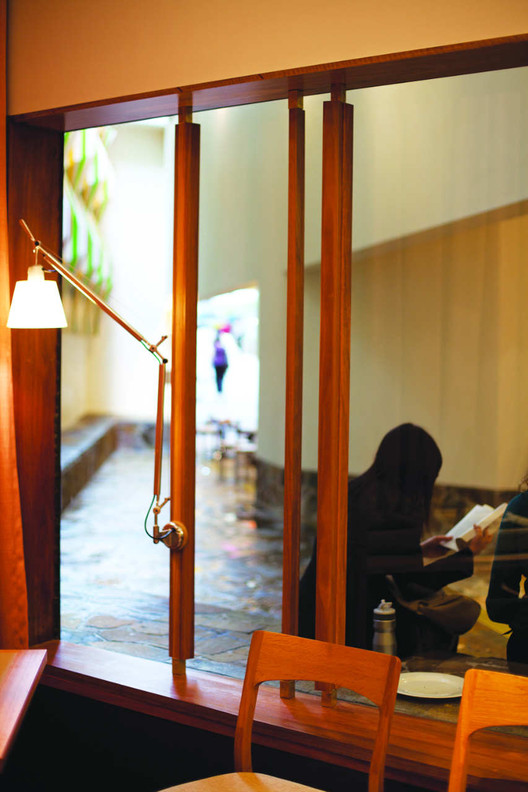