Text description provided by the architects. Ortiga is a Tapas Restaurant/Bar located on the edge of the Valley Entertainment precinct.

The bar is adjacent to the street as is typical of a tapas restaurant; the immediacy of the bar eases the transition from street. Once inside the Ground floor accommodates three different spaces; compact front bar, casual tables for smaller groups, and a raised platform for larger groups or private functions.

Each area orbits the central service point. A large dolomite table makes an informal boundary on the movement side. In place of a typical bar, domestic elements like the table trigger associated responses and encourage congenial interactions between staff and customers.

Particular attention has been given to the experiential journey of the patron, rather than focus on feature elements. Materials, furniture and light fittings have been selected from a simple pallet which, when combined, create an effect which is not too ‘designer’.

Deeper in the sequence the atmosphere becomes more serious. Long, low dolomite tables become apparent, in this case acting as a servery and food-preparation area. The approachability of the tables coupled with the illuminated brick wall behind the kitchen amplifies the dramatic effect of a dining area and kitchen in such close proximity.

The dining room is largely internal (a challenge), however it is animated by a kitchen located literally within the same room.

Service areas are removed to a modest extension which forms stage one of the further developments of the remainder of the site.

Traditionally tapas bars have a presence on the street, the bar has been re-located closely to the front of the tenancy to facilitate an informality and interaction with the outside space. A perception of depth into the tenancy enriches the streetscape.

Restaurant with a bar provides a well placed and compatible edge to the valley entertainment precinct. The partial restoration of a heritage listed building designed by Robin Dodds which has been divided internally for decades.

Interior spaces have been returned to their original volumes by removing existing cold rooms, enclosed kitchen and toilets.

Balance had to be achieved; because the food would be extraordinary, the restaurant atmosphere needed to be reticent…as if it had occurred without effort. Atmosphere, customer experience & movements were role played in advance in some detail and so far seem to have eventuated as anticipated. The kitchen performs with a frenetic efficiency and is the focus of the dining space as hoped.

The Client and head chef were effectively consultants and were intimately involved in the kitchen design.

Collaboration between Architect, Mechanical Engineer, supplier and installer was key to overcoming a restricted ceiling height in the kitchen. The novel hybrid of ducted plenum and ventilated ceiling surpasses a standard hood design in terms of size, performance, appearance, acoustics and maintenance.

Paying to glaze the kitchen perimeter is convincing compared to buying designer pieces!

Avoidance of “trendy” products and finishes facilitates a longer lifespan for the fitout and reduces churn. Locally sourced Timber Joinery. Sustainable Cork flooring. Establishing a relatively timeless arrangement that should enable the shell to continue without major new inputs.

Two clients were involved in the project, the landlord and the tenant. The wishes of both parties were recognised and addressed. A long term goal of the Landlord is to develop the entire site which includes vacant land around the existing building. The Tenant required more space yet could not wait for entire site to be developed.

Construction of a discreet extension to the Heritage listed building enabled the tenant to expand while remaining within the building and, enabled the landlord to construct a platform at street level ready for later development. The low profile extension could be fast tracked through Council and EPA. It houses the toilets and back-of-house areas leaving the heritage listed building for the restaurant and bar. 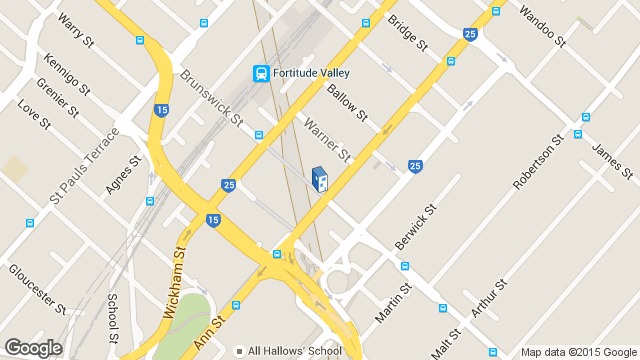 Location to be used only as a reference. It could indicate city/country but not exact address.
Share
Or
Copy
About this office
Donovan Hill
Office
•••