✕
Save
AD Round Up: Kindergartens Part III
Share
Or
Copy

It’s the place where your little kid will spent most of their time outside your house. Shouldn’t it be nice? Here’s our third selection of previously featured kindergartens. Check them all after the break!

Medo Brundo Kindergarten / njiric+ arhitekti How to design a kindergarten on a too small plot ? What if the plot is overshadowed by a massive nine-story block on it’s south side ? What if the plot is surrounded by the heavy traffic? The kindergarten is initially conceived as a single-story mat building – compact, introverted, autocatalytic, with clearly defined borders. Due to the context, the mat is pushed away from the shadow and folded up towards the sun (read more…)

Katarina Frankopan Kindergarten / Randić & Turato New kindergarten, on the island of Krk in Croatia, is located on northeastern border of the town, amongst mostly touristic apartments and shopping malls. In such unattractive neighborhood, this kindergarten is shaped as enclosed and introverted insula, surrounded with soaring stone walls. Inside of this small town-kindergarten, units-houses are combined with open gardens, placed next to pedestrian communications (read more…)

Fireplace for Children / Haugen/Zohar Arkitekter The office was invited by the municipality of Trondheim to suggest an outdoor project for a kindergarten. Although the region is characterized by predominantly maritime climate and the weather varies considerably throughout the seasons, there is a popular saying ‘there is no such thing as bad weather only bad clothing,’ and all seasons are equally attractive to the Norwegian children that enjoy outside activities all year round (read more…) 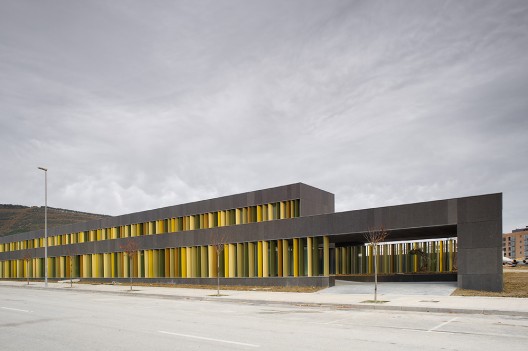 Nursery School in Pamplona / Javier Larraz The impressive potential acquired by a child in its first years of life leads us to think deeply about the responsibility of designing an elementary school. We firmly believe in the pedagogical value of architecture and in its capability to generate spaces where, in combination with a proper educational task children can both grow and develop themselves in a stimulating, appealing and safe way during their first three years (read more…) 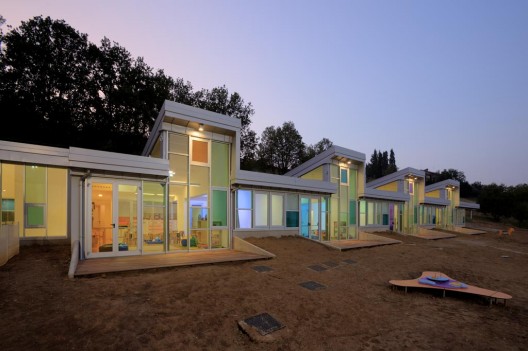 Kindergarten Barbapapà / ccd studio The project of Kindergarten “Barbapapà” was designed to a notice competition for project financing, in 2006, proposed by Vignola’s municipality. The program consisted in the space for 60 children divided in four classroom. The area is located on the border of urban development, on the hill up the city, not so much far to the historical centre. The natural environment induced specific assessments to preserve this atypical part of the landscape in the Emilia Romagna’s region (read more…)