Brazilian photographer Joana França first became captivated with capturing architectural form when she started taking pictures at the age of 15. A graduate of the University of Brasilia with a degree in architecture, França has a keen eye for the city and built work.

The Brazilian capital -- where she was born -- has become one of her main objects of exploration, and she photographed the city for the Guide to Oscar Niemeyer’s Works – Brasilia 50 Years.

Since 2012, she has worked to document art exhibitions in Brazil, publishing, for example, “Peasant Da Vincis” which highlighted exhibitions by the Chinese artist Cai Guo-Qiang in Brasilia, São Paulo and Rio de Janeiro in 2013.

Enjoy an interview with França as well as a selection of her photographs after the break. 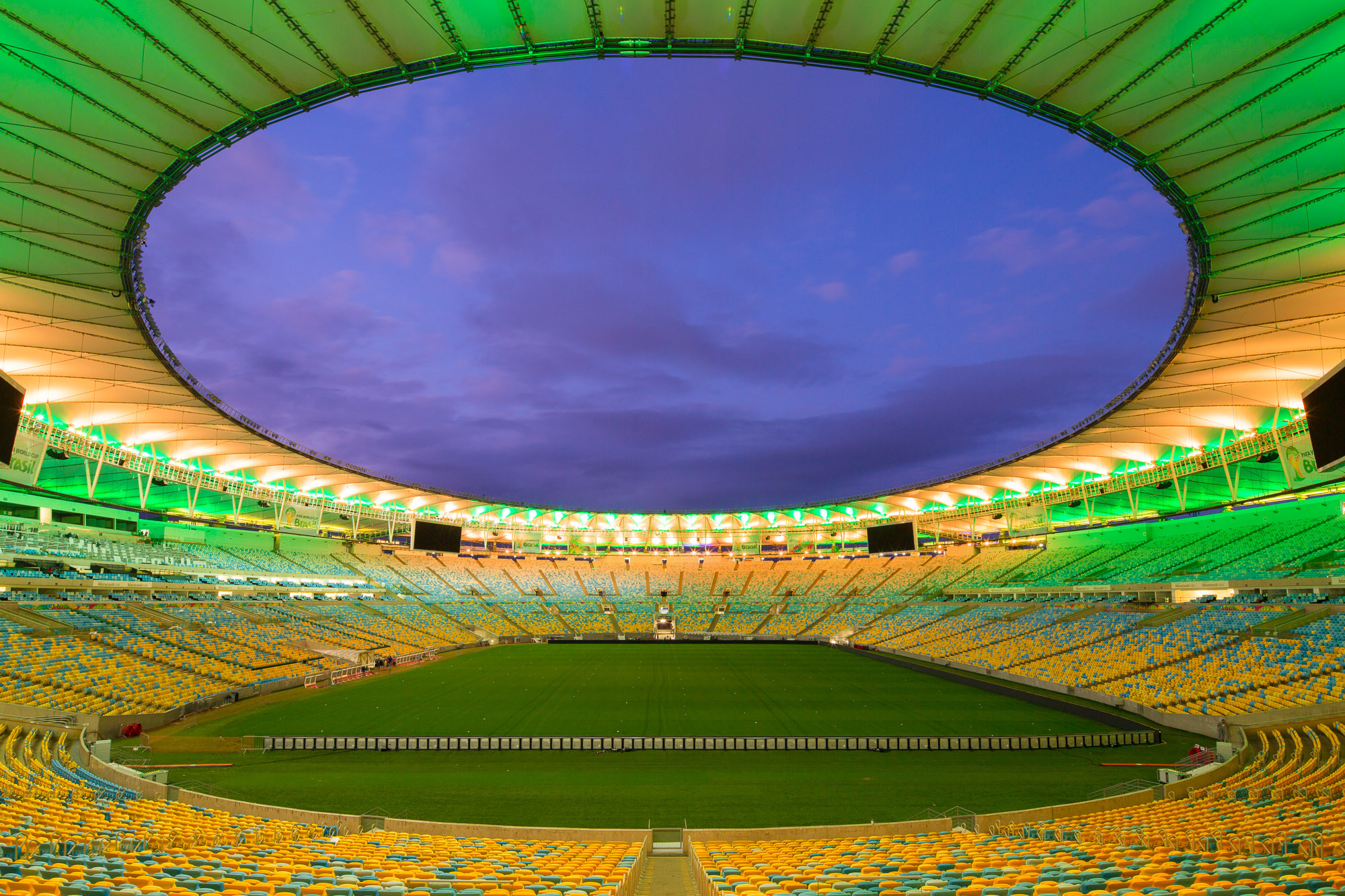 I started photographing freely when I was about 15. My parents are architects and my father had a F2, a classic Nikon camera with a couple of nice lenses, and I asked him to teach me back then. It was only natural that with my family architectural background and being born and raised in Brasília, the modernist capital of Brazil, that I would turn the lenses that way. Also, I wasn’t that great with social interaction, so buildings came in really handy.

Yes. I was in school for 6 years and I realize now that it was all meant to get me to do what I do now.

Because it’s everywhere, and it’s always there so I can make my own hours, and it gives me the chance to be really obsessive about it. Because I appreciate the lonely contemplative hours. Because it also has a lot to do with climate and light changes, which can either make it or break it, and that’s exciting. Because every now and again there is a human being standing in front of it, doing the most unexpected thing, and it completely changes the story of the image. And I live to wait and be ready for that. And, summing all that up, because I get the chance, if I’m lucky, to capture buildings and public spaces in a different light, that will shake people’s perspective of something they simply got used to and took for granted.

Well... I’ve now worked with some great architects and many of them are my good friends. I get really attached to their work, and even to the people who live and work in their buildings, because they are very open and willing in each photo shoot I do. So beyond the final products, which are the photographs, I have the memories of the experiences lived that day. All that makes this question really tough to answer.

So I’m going to take the easy way out here and say my favorite architect is Oscar Niemeyer. Let’s face it, it’s hard to top the opportunity and the materialization of what that gang formed by Niemeyer, Lucio Costa, Burle Marx etc, did in designing and building Brasília from scratch in the 50’s and 60’s.

I love my building, the one that I live in, for architectural and for emotional reasons. And it’s probably the one I photograph the most as well. Well… with my phone, which is my camera that is always on hand, at least.

I work commissioned for architects, magazines, books, guides, and all sorts of architectural publications and exhibitions. For the photo shoots in private buildings we have to schedule dates, which involves the owner’s availability for the visit, and a lot of previous weather forecast consulting (and praying) for a sunny blue sky.

Most of the time the architects go with me to the photo shoot and are of great help in sharing their view on the space and assisting with final touches in the production. The day of the shoot takes as long as it takes, from morning light until twilight, and in some cases returning another day to complete the work.

I also have my personal work which is about city-scape photography. Traveling is a passion of mine and perfect for putting that into action. To me, there’s nothing more stimulating than going to an exciting place for the first time and in no hurry to leave. Other than that I’ve been doing a lot of constant obsessing with Brasília for the last 13 years, and counting, more on the lines of insistently cataloguing the town and its buildings, especially what goes beyond the monumental more well known aspect of the town.

Aerial photography is also one of my greatest passions. I jump to the chance to get on a helicopter, a monoplane or a balloon, (or even a nice ferris wheel or rooftop) to see things from a different perspective.

7. What kind of equipment and software do you use?

For a camera I now use a Canon 5D Mark III. That changes every 3 years or less. For the lenses: TS-E 17mm, TS-E 24mm and 24-70mm are the ones I use the most and the lightest I pack for a commissioned work. Plus the tripod. So there’s no traveling light.

After the shoot my entire workflow (from download to export) is done in Adobe Lightroom, sometimes with some photoshop editing in the middle.

I know you didn’t ask… but I have to show my respect to the masters, and thank them for what they showed me:

Michael Wesely, who does beautiful work capturing cities and buildings under construction, with really long exposures shots. When I was just starting college he was in town for a project and held an architectural photography workshop for the students. It was the first time I had even heard of such a term: architectural photography. It hit home. Since then my perspective on light and space changed for good.

Nelson Kon, the great Brazilian master for all of us that now have a career as architectural photographers. When I was fresh out of college and found out I didn’t want to be an architect, the first thing I did was send him a fan mail. Soon after he was very generous in receiving me at his studio to talk, and taking me along for one of his assignments. That day, following him around and picking his brain, was the best training any photographer could ask for.

Iwan Baan, who captures architecture and cities like no other. In 2010 he was in town assigned for the book “Brasília-Chandigarh”, and I had the pleasure to be with him, driving him around. Just seeing him in action with his non-conventional choices in portraying a city, made me open my eyes to a different kind of representation of cities and its people. It’s less about architecture as flawless building, and a lot more about space and the place’s culture.