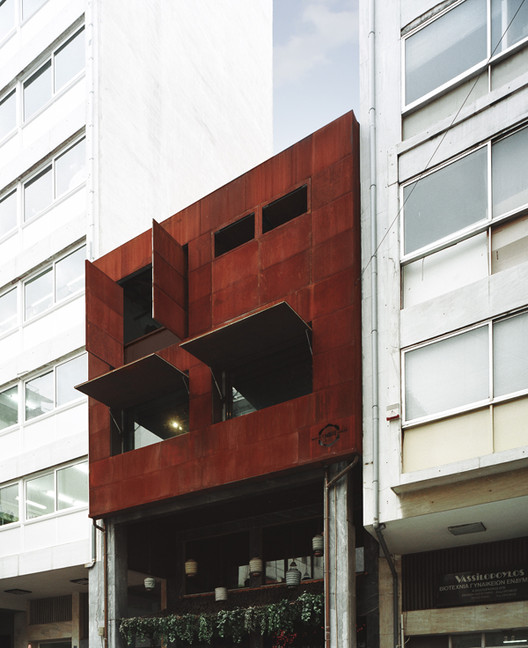 'Guru Bar' was one of the first bars to open in the central area of Psiri in Athens at a time when the neighbourhood was beginning to be transformed into a vibrant cultural area. The rebuilding of the district was intended to be a model example of urban regeneration in the period running up to and after the Olympic games however this was not to be. Although much promoted by local politicians, funding and political will dried up and these intentions for the old centre of Athens followed another route becoming progressively and unfortunately worse.

Gradually it has became a ghetto of drug use and dealing, illegal immigration, prostitution and a home to all of the hidden depravities that a city tries to hide. Despite this 'Guru Bar' has persisted in its choice of obscure location and has managed to become one of the most fashionable bar restaurants in the city, especially among artists, actors, architects etc.

Our commission was to create an additional floor to the existing building as well as to design proposals for the jazz bar on the upper floor and for the design of the new exterior façade. We gave a great deal of consideration to the idea of duality and the transformation between day time and night time activity in the area. Our response was to create a skin of rusted steel that could become a “bunker” during the morning and open up during the night. The context of the area was a neglected urban centre and a piazza that no one knew existed. The adjacent buildings were used for light manufacture, and their condition was one of decay, mostly covered by metallic panels. We used as an influence this state in our choice of material for the surface of the façade. The rusting material of our façade is a metaphor for the transformation in a deteriorating phase .

The building is also transformational with the kinetic movement of steel plates that open to form window shutters and doors. By the use of different hydraulic actuators simple moves of the steel plates in the façade change the building from something completely closed to become something quite open.

For the design of the interior of the jazz bar our philosophy was to use the simplicity of improvised jazz music, cutting away at the darkness like urban archaeologists revealing the old structure and by using elements of the previous use we secured the continuity of the use of the space.

Low budget can always been inspiring. 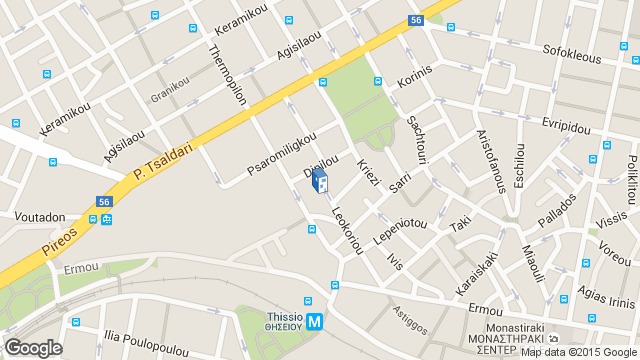 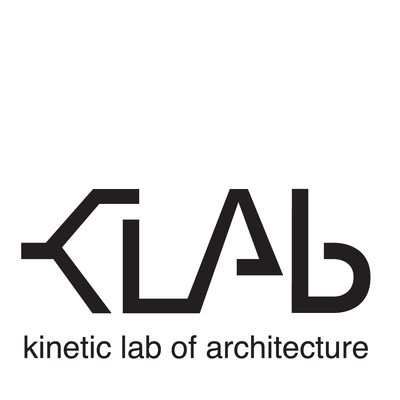