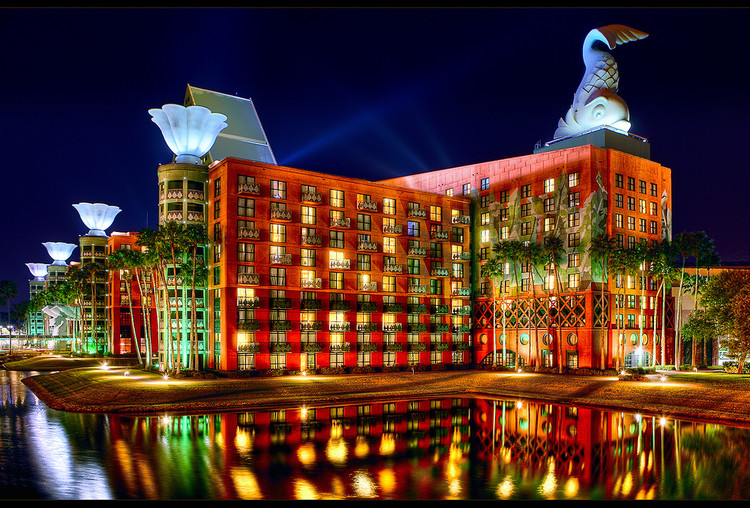 Text description provided by the architects. In a world where anything in your imagination can become a reality, Walt Disney World in Lake Buena Vista, Florida stayed true to their word and hired architect Michael Graves to design a resort consisting of two hotels that would become part of Disney's famous collection of "entertainment architecture." Graves' postmodern, colorful style was the perfect choice for the playful themepark resort, and his whimsical design decisions and statues of grandeur contribute to the famous Disney kingdom.

The theme for the design of the hotels sprung right from its early conceptual stages, where Graves developed an entire story to create characters for both the Swan and the Dolphin in a magical tale that he thought could potentially become Disney characters.

Graves' story behind the hotels began with the idea for the Dolphin, which he said was an island that was formed by a sudden cataclysmic event, such as an underwater volcano or earthquake. When the island emerged from underwater it lifted the dolphins up as well, and these are represented by the dolphins on the roof of the hotel, each 63' feet tall. The banana leaves painted on the side of the hotel represent the foliage on the island, and the "black box" on the front elevation of the building is the heart of the mountain. In Graves' tale, this burst open and water began flowing down to the dolphin pool.

This water also splashes up on the side of the Swan, which are painted on the hotel displaying another large mural. The story continues with two birds that were entranced by this event and when they went to view it up close they were magically transformed into swans, thus explaining the 28-ton, 47 foot high statues. Both the dolphin and swan figures are made of steel, wood, and fiberglass. They are hollow inside except for structural beams and staircases for maintenance purposes.

Graves chose a swan and a dolphin on purpose, creating two characters not yet used by Disney. The dolphin was inspired by the work of Italian sculptor Gian Lorenzo Bernini. An example of these dolphins can be seen at the King Neptune fountain at the Italian pavilion in Epcot. The major difference, however, is the dolphins in Bernini's work all have their mouths curving down as if they are frowning. Michael Eisner, CEO of the Walt Disney Company, insisted the dolphins were not to be displayed this way on Walt Disney property, and so Graves' dolphins have their mouths curving upward to give the impression that they are smiling.

An important element in both hotels is the integration of water. There are two main fountains on the exteriors and interiors of each hotel. The interior of the Swan has a small fountain with swans in the lobby, and the interior of the Dolphin has the same idea of a main fountain in the lobby but with dolphins instead. At the Swan, fountains in giant clam shells climb seven stories high. At the Dolphin, water cascades nine stories through five huge seashells, each one bigger than the next, culminating in a 54-foot clamshell.

Both inside and out the hotels were designed for guests of all ages, an important aspect when considering the many children that visit Disney. The hotels resemble the Florida landscape. The exterior of the buildings are painted peach and teal and dotted with small windows along its facades and the large murals of plants and waves. The interior is also decorated with these murals. With more than 200 renderings done by Graves himself, guests are likely to see one of the architect's original works along the walls in one of the public main spaces or even in their own rooms on the headboards.

Although never used for a Disney story, the hotels create a playful environment within their landscaped courtyard intricate with details that engulf visitors into a different world. Graves used his postmodern style highlighted with majestic elements to create a magical place that the Walt Disney Company is known for, a resort where both the imaginations of children and adults alike can run wild. 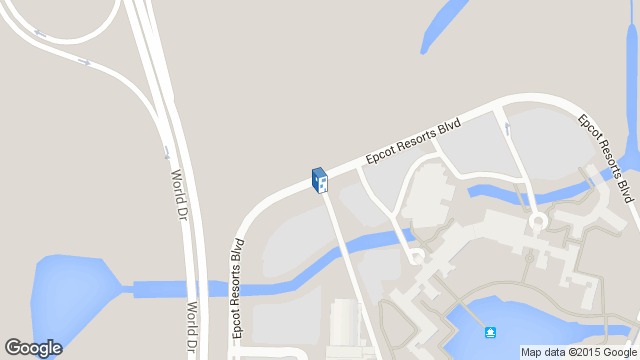 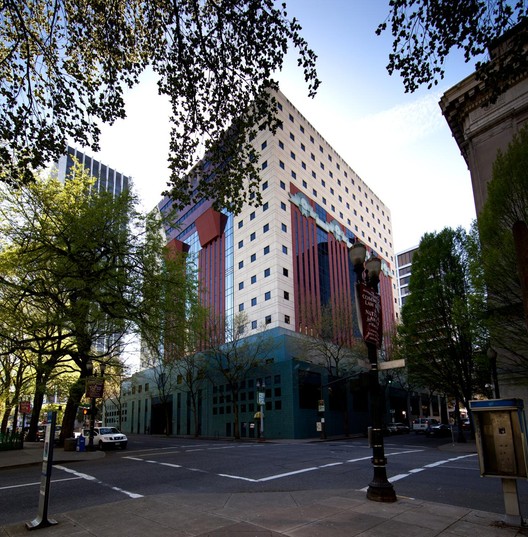