We caught up with Mikko Summanen, one of the co-founders of Finnish firm K2S architects, during his recent trip to Chile for the Finland-Chile Architecture Marathon lecture series. K2S is known for their work designing public and cultural buildings, with projects including the Arctia Headquarters and the Kamppi Chapel in Helsinki, both of which follow the tradition of Finnish architecture (wood, light, craftsmanship, construction detail), while exploring new ways to materialize the tradition. K2S are especially known for their innovative use of traditional materials, as seen with the curved wooden walls of the Kamppi Chapel, with its interiors bathed in light; the use of brick on the Paasitorni Hotel, and the influence of the Finnish maritime industry on the floating Arctia Headquarters.

“In the case of the chapel in Kamppi, what we found really rewarding is that it’s a combination of really traditional techniques like carpentry and shipbuilding combined with the most contemporary technologies like 3D modeling … and even nanotechnology in the case of the treatment of the wooden facades,” Summanen told us. 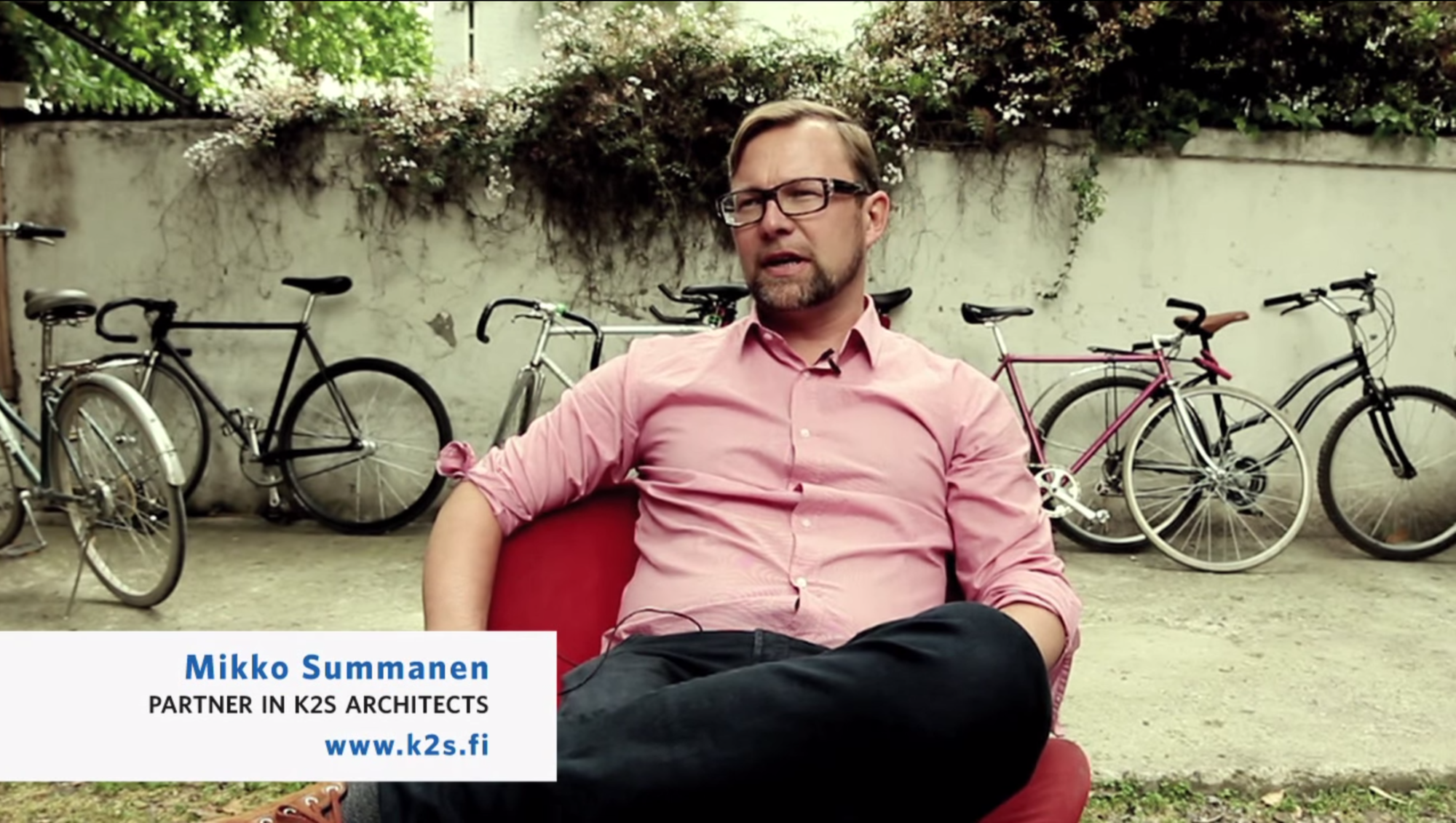 Like many of their Finnish counterparts, K2S puts an emphasis on using wood as one of their principal construction materials. “We are looking into wood even more than we did before because it’s pretty much the only material that has a negative carbon footprint. So wood has the potential to save the world.”

Learn more about some of K2S’s projects below and watch the full interview with Summanen to learn more about the Kamppi Chapel, what it’s like to lead an architecture firm and some of the biggest challenges facing architects today.

Summanen will be a speaker at the 2015 Alvar Aalto Symposium to be held in early August in Helsinki.