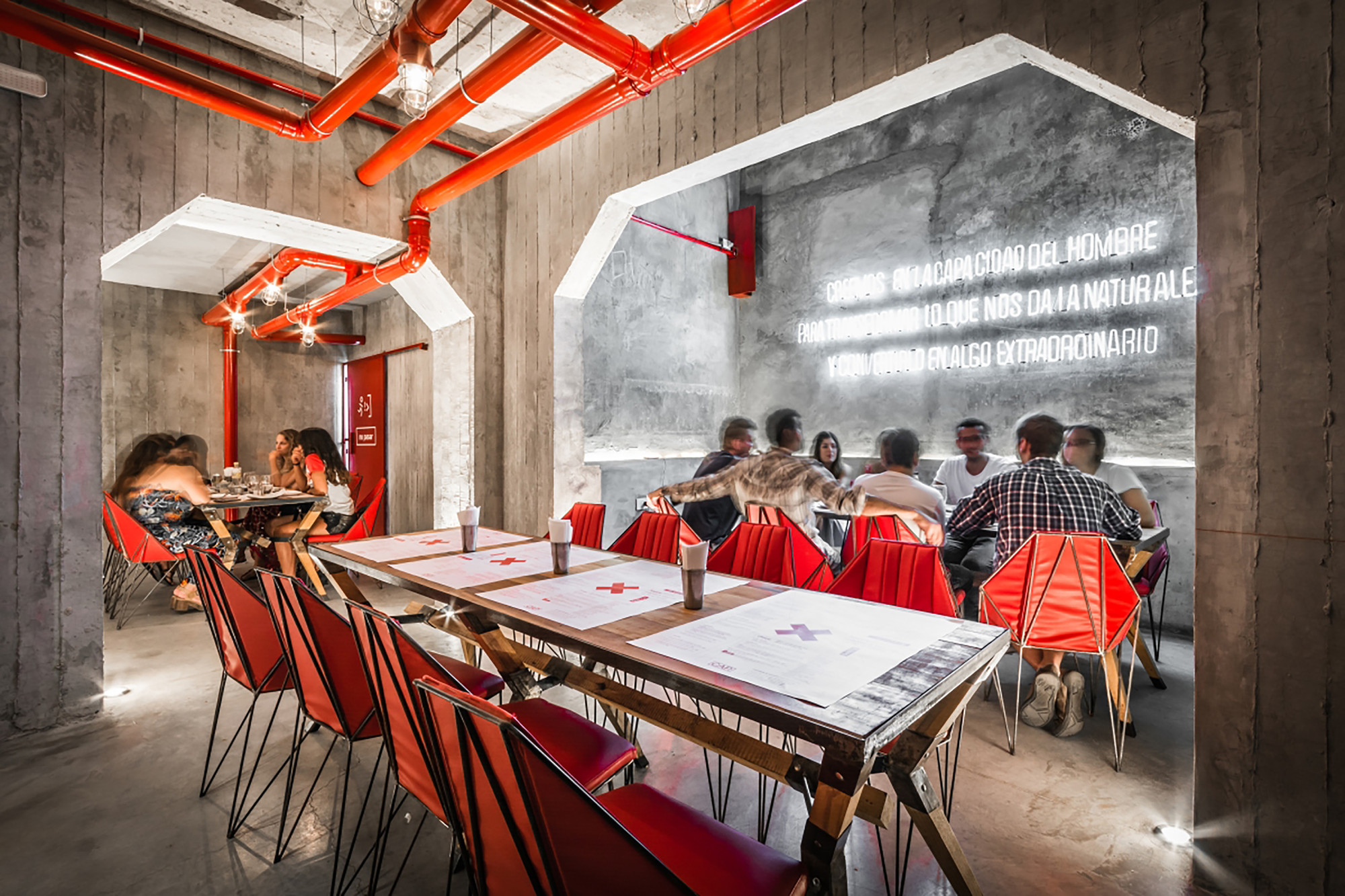 Text description provided by the architects. Located in the bohemian neighborhood of Güemes in the city of Córdoba, Captain Central Brewery (CCC) re-conceptualizes an old police station and turns it into a monumental bar interlocking cement, iron and glass on an area of over 500m2. The project was led by Guillermo Cacciavillani, cofounder and current creative director of Bar Makers, and it is the most challenging and recent work of this company dedicated to the development of gastronomic spaces. To transform the neighborhood, making it an engaging place, a living history, is the spirit that is revitalizing an area that for many years was marginalized in the urban scene of the city.

This bar is built within an open shopping mall called Barrio. After granting the dining areas within this mall, Bar makers designed a modern format based on the original imprint of the space where it would be built. One idea that opened the game: brews that unite people because they are authentic. CCC is conceptually thought of as a place to invite beer lovers and passionate producers for their recipes, encouraging the public to choose quality and a clean aesthetic.

Morphologically the bar reveals a marked industrial imprint through icons in its design. A stripped facade, an imposing 5 meter concrete portal with an angular arch, extended at the top by a rusty chimney over 7 meters high. A text in neon embedded in the concrete at the entrance that reads "obsession to create something beautiful," a synthetic and forceful sentence.

The gray concrete is a background for the huge network of exposed red pipes that run through the walls and ceiling pretending to be a water safety system. This network of pipes in addition to fulfilling their ornamental function, as a support for lighting, also distribute beer lines to different bars. The place presents a stunning double height that reinforces the monumentality of the access and is complemented by four magnificent chandeliers of the same pipe.

The brewery proposes two interconnected levels through a concentric red staircase covered by a metal strip which generates the impression of a huge floating piece. Large metal balconies generate a continuity of the environments with the staircase and allow visual connection between the two levels. Large areas of smooth cement open the space as patios, one on the ground floor and another on the terrace, the latter offers a beautiful view of the entire peripheral area.

The bar reinforces the concept through its details. Its three metal screens with three-dimensional facets, five meters high and two meters and a half wide, reinforce the scale of the place. The furniture is innovative and continues the exterior line combining pieces made of iron, wood and red upholstery. The bars are large geometric shapes made of precast concrete.

The signage oscillates between large cement letters and iconography of simple and concrete messages. A striking image is achieved in the main courtyard, where an original construction crane and rusty cabin serves for guest DJs. Finally, it has a notable warmth and robust shrub vegetation which occupies the planters of the place.

A bar that explores modern styles of architecture and flavors of beers while moved by simple design and classic shapes. We believe in the ability of man to transform what nature gives us and turn it into something extraordinary. Thus this brewery is created. 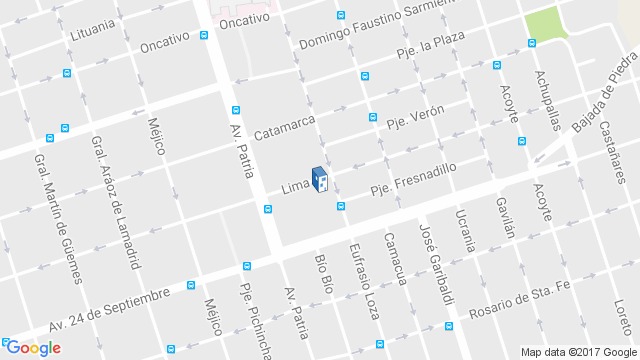 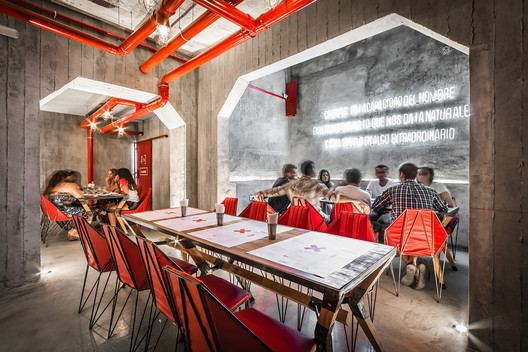