Save
Mecca to Build the World's Largest Hotel
Share
Or
Copy

Mecca has unveiled plans to build the world's largest hotel by 2017. The 10,000-room Abraj Kudai hotel will be built in the Manafia district, just south of the Grand Mosque. It will be a city within a city, hosting 70 restaurants, food courts, a bus station, shopping mall, conference center, ballroom and five floors dedicated entirely to the Saudi royal family; all will be set within a cluster of 12 towers standing atop a 10-story podium and centered around a massive dome.

As The Guardian reports, some fear that the "sanctity of the place" is being replaced by "Las Vegas-like" accommodation, which has had an overall impact on the affordability of the historic pilgrimage.

Meanwhile, the prayer halls at the Grand Mosque are being expanded to accommodate an expected seven million worshippers by 2040. Some of which will stay in the adjacent Abraj al-Bait clocktower - a luxury hotel that is the world's second tallest building.

News via The Guardian, USA Today 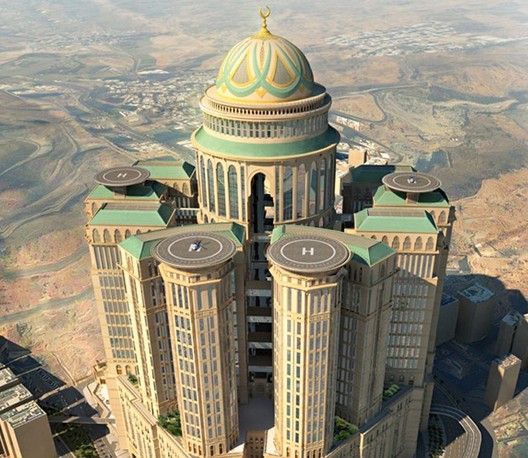