✕
Save
AD Round Up: Classics Part I / 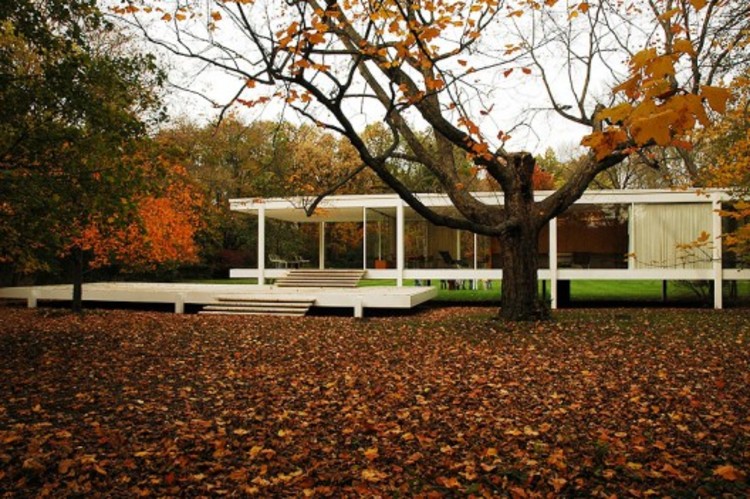 Text description provided by the architects. As you may have noticed, we've been featuring some iconic architecture in our new section AD Classics. We will keep bringing you many more, but in case you've missed a few, here's a first selection of our "classic" architecture. Check them all after the break.

The Farnsworth House, built between 1945 and 1951 for Dr. Edith Farnsworth as a weekend retreat, is a platonic perfection of order gently placed in spontaneous nature in Plano, Illinois. Just right outside of Chicago in a 10-acre secluded wooded site with the Fox River to the south, the glass pavilion takes full advantage of relating to its natural surroundings, achieving Mies’ concept of a strong relationship between the house and nature (read more...)

In Mill Run, Pennsylvania in the Bear Run Nature Reserve where a stream flows at 1298 feet above sea level and suddenly breaks to fall at 30 feet, Frank Lloyd Wright designed an extraordinary house known as Fallingwater that redefined the relationship between man, architecture, and nature. The house was built as a weekend home for owners Mr. Edgar Kaufmann, his wife, and their son, whom he developed a friendship with through their son who was studying at Wright’s school, the Taliesin Fellowship (read more...)

Inspired by Mies van der Rohe’s Farnsworth House, the Glass House by Philip Johnson, with its perfect proportions and its simplicity, is considered one of the first most brilliant works of modern architecture. Johnson built the 47-acre estate for himself in New Canaan, Connecticut. The house was the first of fourteen structures that the architect built on the property over a span of fifty years (read more...)

Part of the New York Five, architect Charles Gwathey designed the Gwathmey Residence and Studio for his parents in 1965. The house was located on a one-acre flat site on eastern Long Island, New York near the ocean surrounded by undeveloped land (this land was planned to be used for an addition to the house). As his first residential project, Gwathmey was given the freedom by his parents to have full control of the design as long as it was in their $35,000 budget (read more...)

The Lever House by Skidmore, Owings, and Merrill was one of the first glass International style office buildings in the United States. Located in midtown Manhattan, it was originally the American corporate headquarters of the soap company Lever Brothers. Built between 1951-1952, the Lever House extends 24 stories in height right across from Mies van der Rohe’s Seagram Building, and stands as its own perfect glass box (read more...)