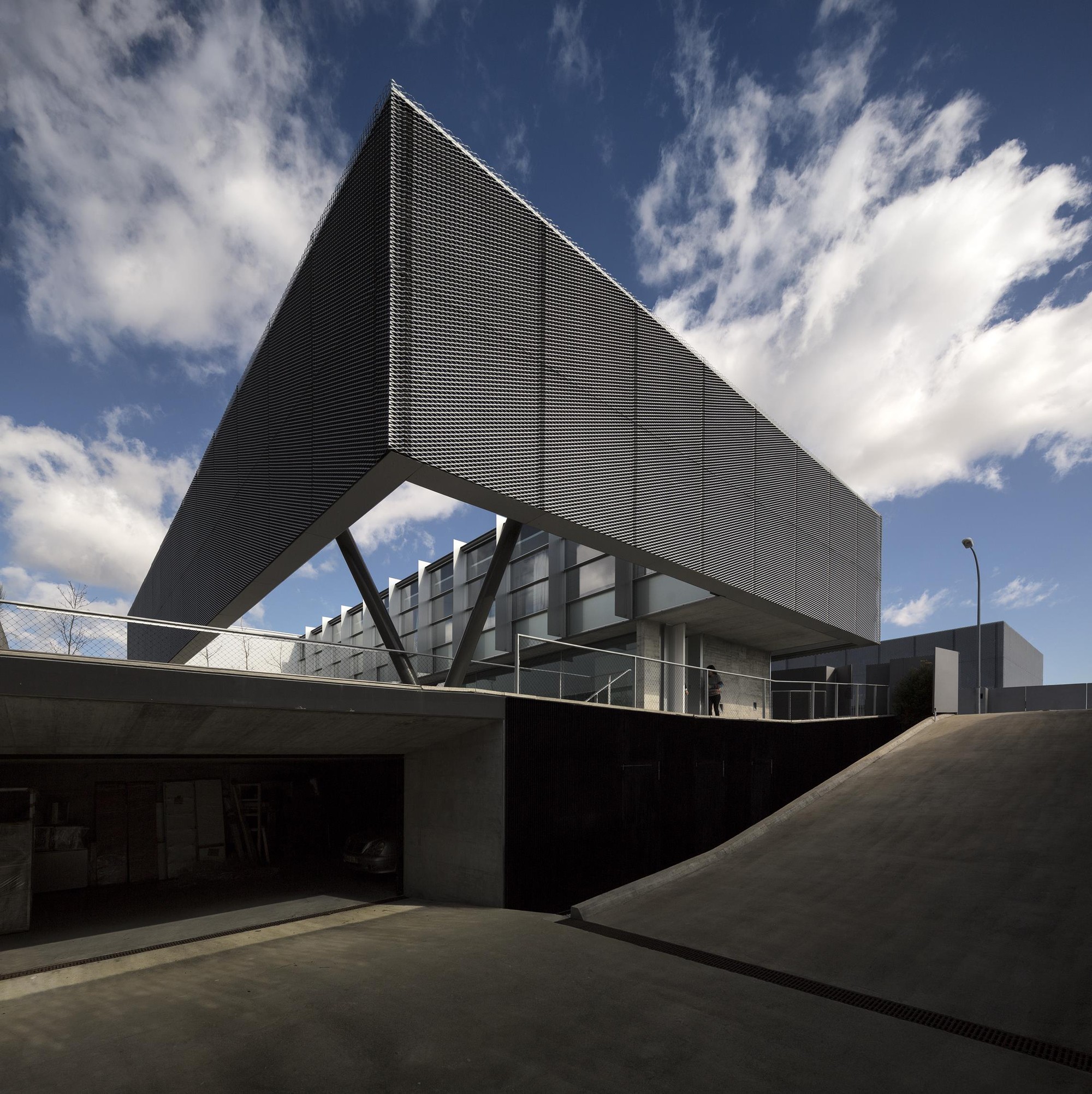 Text description provided by the architects. Design of Lots 32 and 33 of the subdivision of Santa Cruz Park in Carnaxide

With the afternoon
The two or three colors of the courtyard got tired.

Tonight, the moon, the bright circle,
Does not dominate its space.
Courtyard, channeled sky.

The courtyard is the slope
On which the sky spills in the house.

Serene,
Eternity waits at the crossroads of stars.

It is pleasant to live in the dark friendship
Of a courtyard, a vine and a tank.

The project is part of a set of proposals elaborated by many designers for the subdivision "Santa Cruz Park - Single Family Homes" next to the Santa Cruz Park, in Oeiras.

From the beginning, we have tried to develop two main themes in a simultaneous and complementary way: firstly, the privacy of rooms, and secondly, the creation of outdoor spaces as generous as possible, protected from the wind and exterior views.

To obtain the desired privacy and protection, we created a polygonal ring that surrounds the upper level, along the entire perimeter of the house, designed for the maximum possible exterior unfolding. We tightened the living spaces in a volume of three transparent, overlapping floors, which occupies half of the polygonal implanted base, in order to free up as much exterior space within the ring and create a large courtyard, where all the spaces of the house meet.

The relatively hermetic nature of the exterior - a distended metal membrane of anodized and polished aluminum, able to reflect the changes in color of the sky and vegetation and the shades of trees - contrasts with a diaphanous and transparent interior. The "day" spaces, rooms and kitchen, are located on the ground floor, directly connected to the large courtyard. As the ring surrounds only the upper floor of the house, it is possible for the rooms on the lower floor to benefit from the double sun exposure, taking advantage of the transverse dimension of the lot and the introduction of a horizontal transparency.

Two symmetrical stairs, one at each end of the house, define a usage hierarchy, a more formal vertical movement at the south, and service circulation at the north. Upstairs, the distribution is made by a corridor, sufficiently wide to build internal support functions, such as study, library, reading room, writing, among others, for which we have designed a table running along the span, which serves this illuminated space through the intermediate space created by the ring. The rooms (and their bathrooms) overlook the courtyard, with the exception of the master suite bathroom that turns to the intermediate space, mentioned above.

There is also the possibility to connect together all the spaces or only part of them, through a sequence of sliding doors along the courtyard elevation which allows also the transformation of the balcony space and thereby can establish various privacy settings and uses of the spaces of this floor. 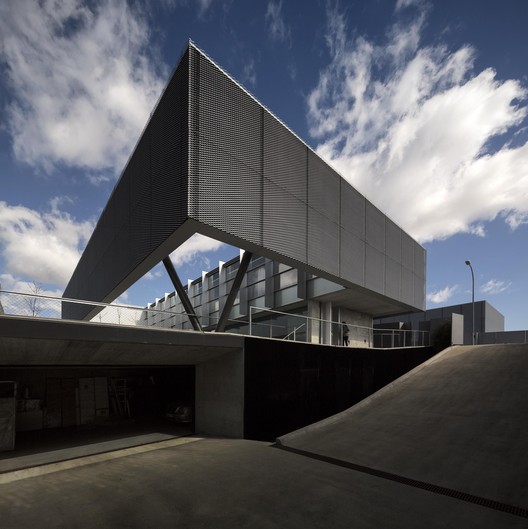