With his latest series of illustrations, Federico Babina offers us "a journey into the universe of design" through 28 illustrations which use a composition of frames to tell stories around iconic designs. "I like to think of the objects that inhabit our homes as a silent audience, but active in our lives," explains Babina. "The objects themselves tell stories, not inanimate things but things that soak up the life that surrounds them."

Through the combination of so-called "timeless" designs with clear references to the times and styles that produced them, Babina tells the history of these iconic objects that we may take for granted today (with the occasional saucy human story thrown in for good measure).

See the entire set of ARCHIDESIGN illustrations after the break - and if you missed them, make sure to check out Federico Babina's previous illustration sets and his website. 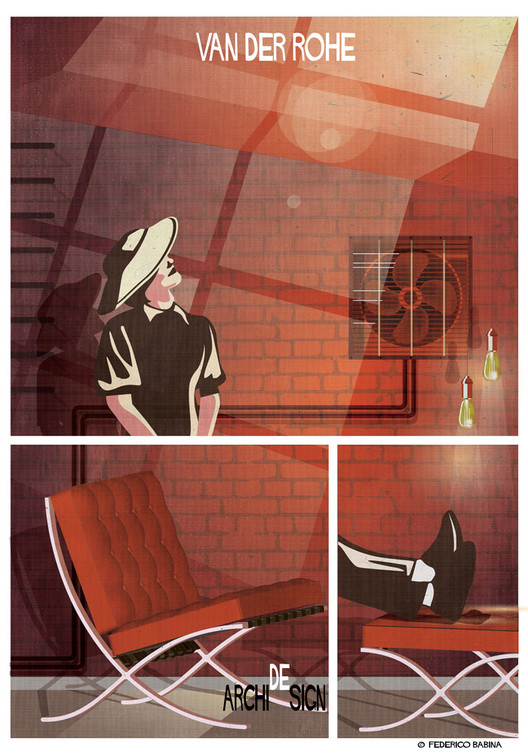