Save
Nepal's Historic Architecture Destroyed By Earthquake
Share
Or
Copy

Just one of the many tragedies involved in the devastating magnitude 7.8 earthquake that struck Nepal on Saturday - which as of this morning is known to have claimed the lives of over 3,500 people - is its effect on the historic architecture of the region. Home to seven UNESCO World Heritage Sites in the affected regions of Kathmandu, Patan and Bhaktapur, news outlets from the BBC to The Washington Post are reporting extensive damage to some of the country's most significant monuments.

Though it is not a UNESCO site, perhaps most dramatic is the fate of Kathmandu's Dharahara tower, until now a defining feature of the city's skyline, which has been reduced to a 9-meter (30-foot) stump after it collapsed with an estimate of up to 200 people inside. The tower was originally constructed in 1832, and has already been reconstructed twice after earthquakes in 1833 and 1934.

The Dharahara Tower, built in 1832, is one architectural loss caused by the Nepal earthquake http://t.co/thOr5diLuz pic.twitter.com/skeULaayAm

Outside of the Dharahara tower, Nepal is known for its fired brick and timber temple complexes, some dating back as far as the 3rd century AD, many of which have been significantly damaged by the earthquake. However unlike previous earthquakes in 1934 and earlier, there is doubt as to whether the country can or will repair the damage to such structures again, with the BBC quoting historian Prushottam Lochan Shrestha as saying that "they cannot be restored to their original states."

I took these photos an hour apart. Was wandering when quake demolished temples before my eyes. Heartbreaking. pic.twitter.com/RYtIZI4725

Aerial footage of the devastation has been shared by Al Jazeera and Reuters (below).

Photo on the left, 17th century Vatsala Durga temple in #Bhaktapur in 2014, and now in ruins. #Nepal pic.twitter.com/3r7NPV7V7W

The full list of damage to the seven affected UNESCO World Heritage Sites:

Of course, in addition to the architectural toll on the country, Nepal will also require a significant humanitarian effort to restore order for its citizens. Anticipating the usual, short-sighted response that often occurs in such efforts, UK architecture charity Article 25 has announced its intention to help the long-term rebuilding efforts of the country, with a focus on providing new schools that are capable of withstanding future earthquakes.

Article 25's Managing Director Robin Cross said that the damage and the death toll seen in Nepal "is a reminder that it is not earthquakes that kill people, but buildings that kill people. When the buildings fail, the social and economic life they support also fail. We can’t prevent earthquakes, but we can mitigate their impact. Well-constructed buildings can make the difference between many thousands of deaths and zero deaths."

As part of their efforts, Article 25 has launched a fundraising campaign aiming to raise £50,000 ($76,000 USD) to fund their efforts. You can help them by donating here. 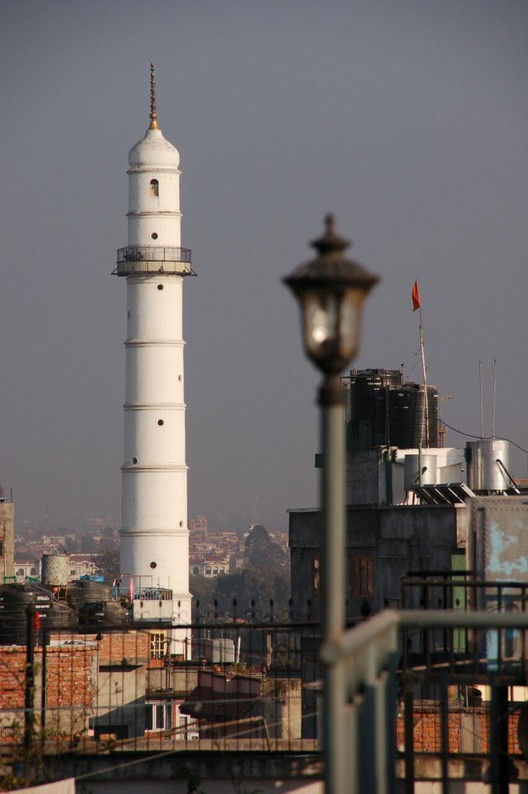