By adjoining 200,000 fabric-lined floatable components, Christo hopes to allow the residents of two mainland towns in Italy's Lombardy region to walk on water for a duration of two weeks in June 2016. If approved, the "Floating Piers" would connect both towns with the Lake Iseo islands via an extended, brightly colored fabric dock that would stretch across two miles.

This isn't the first time Christo has pursued the project; as The New York Times reports, the artist unsuccessfully tried to gain approval for a similar idea in Argentina and Japan. However, Christo is optimist and has already raised 10 million euros (about $11 million) to fund the project (even though he is unsure of the final cost).

The new site was presented by Christo and Italian art critic and curator Germano Celant in Rome this past Wednesday.

News via Christo and The New York Times 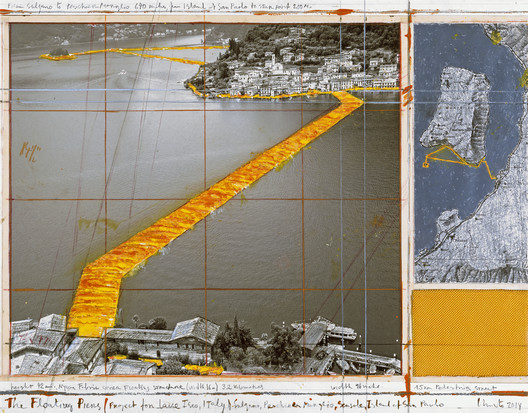