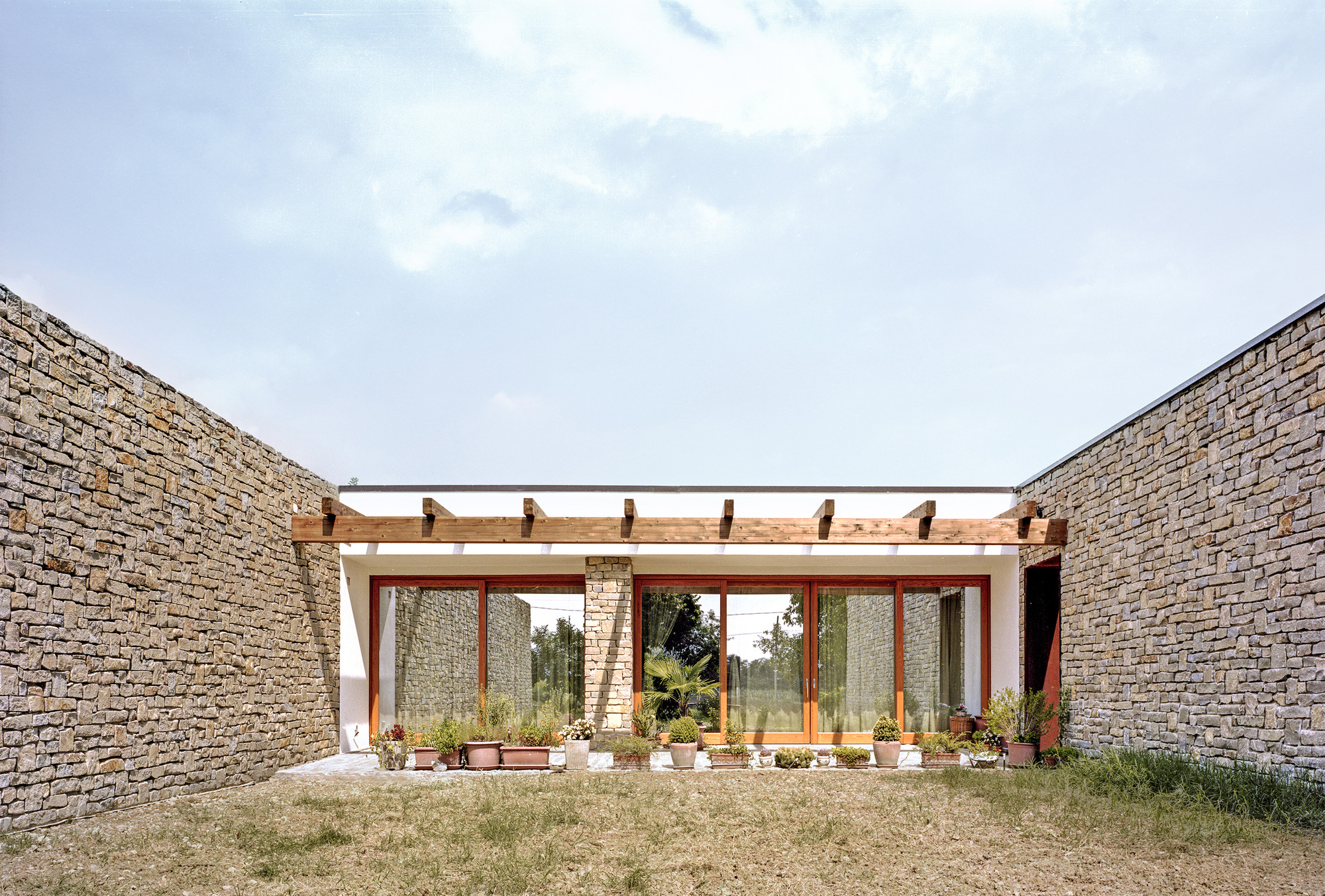 Text description provided by the architects. The need of the client was to demolish and rebuild the house in which he lived, which had serious structural failure. Forlì country houses are “conventional” forms of building: on two floors, pitched roof, plastered walls. The proposal presented is linked to an “idea of ​​classic" values of the country house and to context: dialogue and opening with the landscape, development of one floor house, use of color and materials related to the landscape, definition of different types of spaces (now open on the landscape, now more introverted).

The client is the director of a winery; his family consists of his wife, two sons and elderly mother. The house is part of an open area between a walnut orchard and a vineyard, approximately 15,000 square meters.

The plain of Forlì (Italy) is composed by a series of signs clearly artificial that the landscape has long made its own, integrating them in himself, because for centuries the agricultural and hydraulic traditions consolidated them in these forms. They’re the plots of the rows of orchards, the furrows of the levees, the fences: these tracks scratched the soil, turning it into a sequence of parallel lines that lead to read a dominant direction. Enter a building in this diagram means to affirm its own orientation and precise settlement act, which aims to read the natural forms and translate them into architectural elements of recognition. The architecture fits into the linear scheme, without altering it; two thick stone clad walls bound the margin within which is will be built the one-floor house: its visual impact is reduced, letting the tops of the trees emerge on the plain. A central body is inserted between the two walls, identifying two units. Each of the short sides present a "glass wall", like a telescope focused on the horizon and their own garden, not a real hortus conclusus because opened to the surrounding nature.Functional openings punctuate the surfaces of the two walls and become thin frames in cor-ten steel revealing views of the landscape: such material perfectly interacts with the walnut and the stone. Some devices can moderate or increase the intensity of the light, depending on the needs: a wooden sunshades allows for the growth of creepers as a future pergola, visible from the living room; a small inner courtyard  defines a very attractive area in the master bedroom. An analysis of the orientation of the building allows to identify areas of flat roof suitable for hosting panels for hot water production and electricity in a way of sustainable use of the building.

The climate of the area where is located Forlì is sub-continental, mitigated by the quite proximity of the city to the sea. Forlì is characterized by hot summers, little rain and quite muggy, while winters are cold, humid, with frequent mists. The season with more precipitations is autumn, in winter the rains diminish considerably. In the countryside, between autumn and winter, you can see snowfall in significant quantities, while the snow on the city presents a lesser extent. All these climatic features make life pleasant in the countryside of Forlì: the general notes taken in consideration while designing were to equip the front facing south for shelter from the sunshine of summer and bring light to the innermost parts of the house through the creation of a small courtyard. The same settlement of the house follows the direction of the prevailing winds, favoring the natural air circulation.

The bathroom of the master bedroom keeps the facing outwards, through the small private courtyard with indirect light that illuminates it. The coating stoneware ground it’s the same used in all the rooms of the house and covers the surfaces of the tub too, without interruption. The furniture that support the white ceramic bowls have been custom-designed and built in oak wood.

The living room has large sliding glass doors to the South, floor to ceiling, and a coating flooring tile that mimics the pose of the overall composition and the two great walls of the house. Even the light fixtures enhance the generator matrix of the project, being linear and recessed into the roof slab. 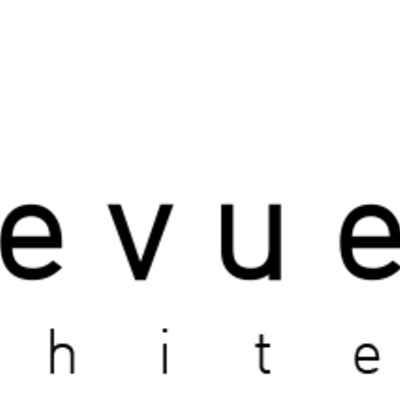