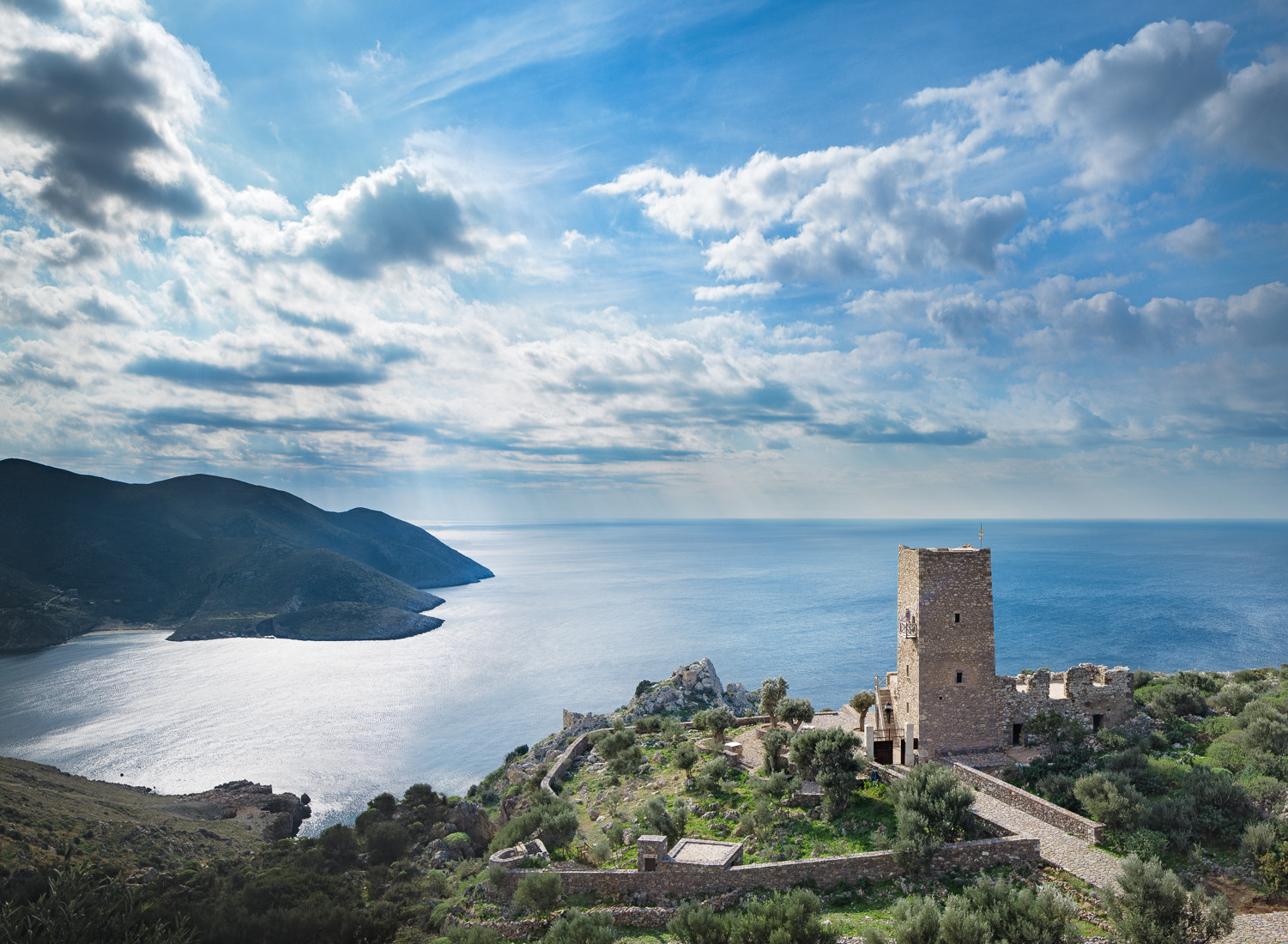 Text description provided by the architects. The towers, these imposing tall and narrow prisms, are the most stubborn and absolute expression of Mani building. On the outskirts of the settlements, the "xemonia" were erected in order to defend or expand the land property. They served to control, exclude or drive out the opponents, but also to transfer the pressure from the main settlement to new territories.

Tainaron Blue Retreat is a representative sample of traditional xemonia of the South. The tower – now transformed into a small guest house – is facing a similar construction, which had also been a strong fortified complex. Both together, they controlled the road to the area around Tainaron. The war tower is built on solid ground and rocks known as "rizomies", at a strategic spot that offers an amazing view of the sea and the hinterland.

The restoration of the traditional building solved form issues in relation to the old texture of the masonry, so that the final look of the tower gives the impression of a building that emerges from the rock, upon which it is founded. The grouting internally and externally was done with real "kourasani" or Roman mortar (a combination of Theraic soil, ceramic powder, lime and a special shade of river sand) and minimum amount of cement, which enhances the static adequacy of the masonry and ensures durability.

The conversion of the tower into a guest house had to overcome considerable difficulties. The reason was the need for a high degree of adaptation to the specific characteristics of the regional architecture and at the same time the demand for accommodation in rooms with modern aesthetic perception. The four floors, with their relatively limited interior spaces that comprise of three bedrooms with bathroom and shared kitchen, breakfast and reception space, are organized along a vertical axis, allowing guests to have the unique experience of moving through narrow openings ("waterfalls"), wooden stairs or rocks protruding from the walls and arches ("steps").

As the formation of the exterior spaces had to ensure minimum interference, the addition of a water surface area adapted to the specific environment and respected the topography of the landscape, resulting in an even and unified set of buildings and space with intensity and character.