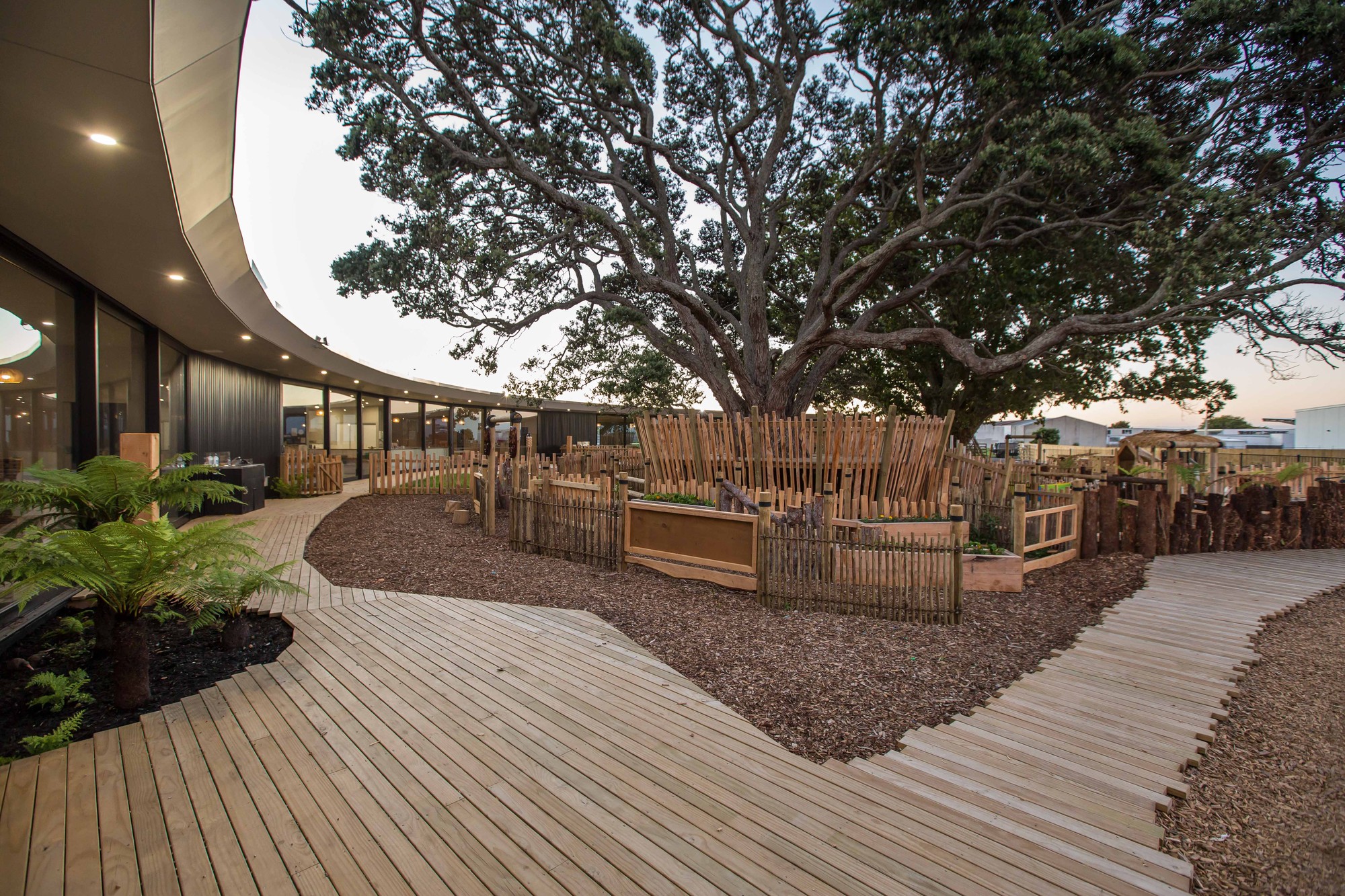 Text description provided by the architects. The site is in a commercial zone and is dominated by two mature protected trees, with driplines that cannot be built under. This makes the site uneconomic for most commercial uses but actually presents a unique and beautiful opportunity for a childcare centre.

Our brief was to create a unique and innovative childcare centre capturing the cultural and spiritual values of the area. Our starting point was the site itself which presented both the problem and the solution: the trees.

For most developers the trees have been a big problem, but for early childhood they provide a beautiful and symbolic solution. One is an English Oak tree, the other a native Pohutakawa, both of equal size and stature, standing side by side, their branches touching at the heart of the site. This symbolism forms the basis for the whakapapa of the site and its new use: a bi-cultural (and multicultural) childcare centre.

In the traditional Maori view, the trees also represent Tane who separated Rangi and Papa to create the world (of light). The design draws on this by creating a ‘void’ or space around the trees, which separates out the various elements of the new centre and provides a protective enclosure around the root zone. The building represents Papa (earth mother) who was locked in a tight embrace with Rangi (sky father), and so the graceful curve of the building appears like two arms reaching out to the sky. The elevational form further enhances this effect by keeping a respectful height below the trees, allowing good views of them from the wider environment.

Further symbolism can be found throughout the design, the most striking being the sail forms around the outer curve of the building. These are based on traditional Maori sail forms but honour all the cultures of New Zealand, all of whom originally made the journey by sailing boats.

The layered effect of the overlapping sails also recalls traditional carving patterns whilst the colouring and curve of the building represents the Koru or unfurled fern frond. They also give a dynamic form to the building when viewed from the road, and the subtle shift in colour of each sail from dark green to white gives a dynamic and constantly changing experience as the viewer moves around the building. 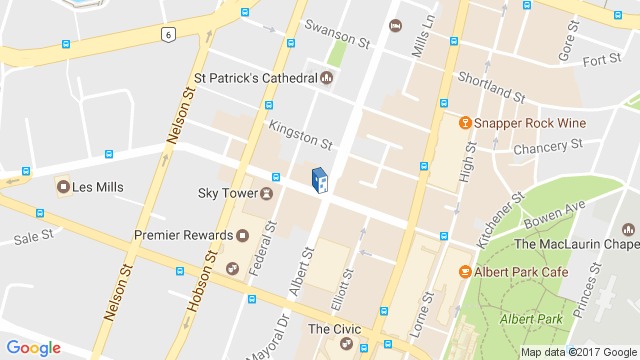 Location to be used only as a reference. It could indicate city/country but not exact address.
Share
Or
Copy
About this office
Collingridge And Smith Architects (CASA)
Office
••• 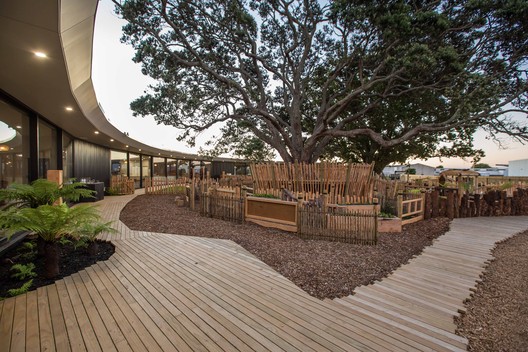