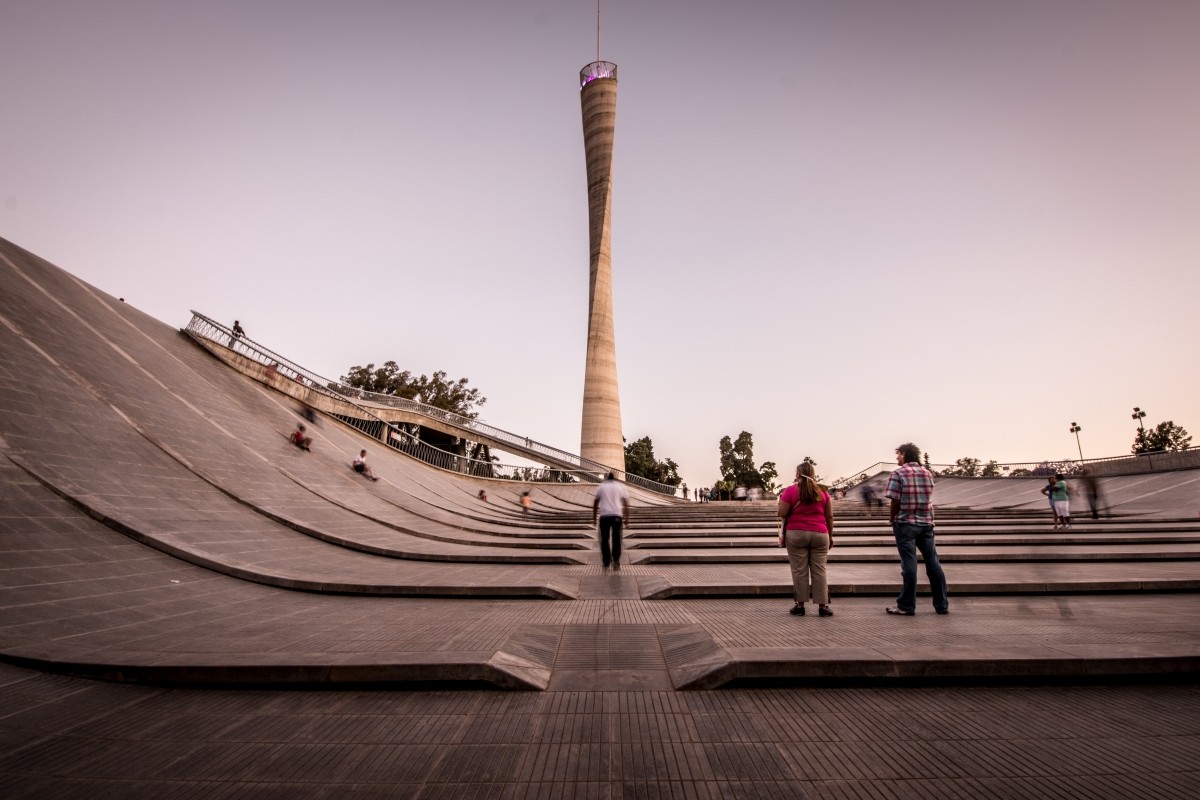 Text description provided by the architects. Making a landscape from a building was the ruling concept that guided this project search on the demand presented by the tender for the building of a “Córdoba Province Interpretation Centre” to commemorate the Argentine Republic Bicentennial. The main challenge was to incorporate The Province Historical File and the Auditorium without modifying the project essence.

The project searched for a long lasting contemporary building as a sign of  present time and its new demand for clarity, sustenance, communicative capacity and resource economy. It was an attempt to build a landscape over the idea of building a monument. This urban space is articulated over three basic elements: Stairs Building (pavilion), Pharos (long distance perspective icon) and avenue (with bifurcations and paths network). A landscape that would allow diverse public collective meetings above the idea of a traditional allegoric narrative monument, a meeting area landscape over the idea of a monument-building construction.

The landscape experience does not necessarily offer hierarchy points. It is built in real time with the walkers´ common trajectory and it offers numerous possibilities to organize paths and contact points. It expresses the geometry of multiplicity and social flow in public spaces. Because of its settlement at the Sarmiento Park, it is referred to as a Connective intervention, a reconstitution of a more harmonic general whole not identified within a specific time period as to survive fashions and  architectural styles. The idea is to rebuild the topographic memory of Cordoba  cliffs and its austere landscape. The only referential landmark is the 102 m high pharos.

The area devoted to the new building is part of Córdoba Province in the center of the Sarmiento Park between two city museums: MEC- Emilio Caraffa Contemporary Art Museum (Architects GGMPU + Mzarch) settled on the corner of this park, opening itself towards España Square (Architect Miguel Ángel Roca project) and the Province Natural Science Museum. The land referred to shows a 6,50 m depression between Poeta Lugones Street access and the highest Sarmiento Park  elevation level.

This situation allowed conceiving a 63 m by 67 m wavy reinforced concrete layer on a petrified liquid gesture. it shows the movement of a rocky sea which freezes its impulse in the air to introduce the meeting between the city and its oldest park, Sarmiento Park, designed by Architect Carlos Thays.

The “Bicentennial Pharos” can be seen from several kilometers away. It points at the Córdoba Cultural Centre.  It is an helical concrete column that rotates on its axe up to almost 90 m height. There is a mast on its top that takes the pharos to a total height of  102 m. The Cultural Center expositions room, the Auditorium and the Córdoba Province Historic File are under the square together with technical and service areas.

All the operation consisted in replacing a piece of land from the natural ground by the planned building. In this way, the square (building roof) and the Pharos are the only tectonic devises seen as urban pieces and landscape. The transitable layer has a hole that visually communicates the public surface with the building in yard. There are other yards on the three project perimeters. These yards allow natural light and are used as parking, entertainment and service areas with stepped walls that enclose and keep together in slope the previously digged ground.

All the plant is organized in structural modules with 9 x 9 meters or its multiples. This gives the necessary flexibility for the coexistence of the two programs sheltered by the building: The Historic File and the Córdoba Cultural Centre. The structure is completed with perimetral lines of leaning “V” shaped columns that can bear horizontal seismic efforts and gravitatory charges. There is also a concrete charge wall that defines and divides the half buried Auditorium from the CCC Showroom.

The File area is protected by a concrete prisma. This prisma is 9 m wide, 41 m long and 6.45 m high. It has a coffin shape that extends 2,60 m above the access level. Its upper part is also sheltered by the waving cover of the square that preserves it without touching it. The File insulation is extreme to protect its endurance and preservation.

The project resumes in a topographic device that encourages massive social gathering in this public area. Inside it, as in a cavern, the institutional programs, demanded by Córdoba Province, rest. In this way, there is no competition between the new construction and the two neighbouring buildings. An urban connective system of public spaces is produced. These spaces are the Sarmiento Park anteroom emerging as the only landmark of the Bicentennial Pharos whole. 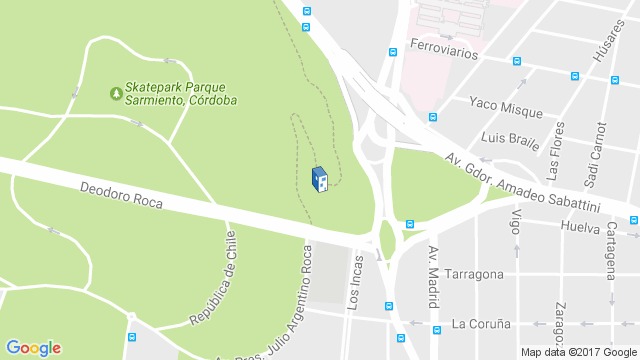