Save
b- Empordà Dwelling / B- Architecture 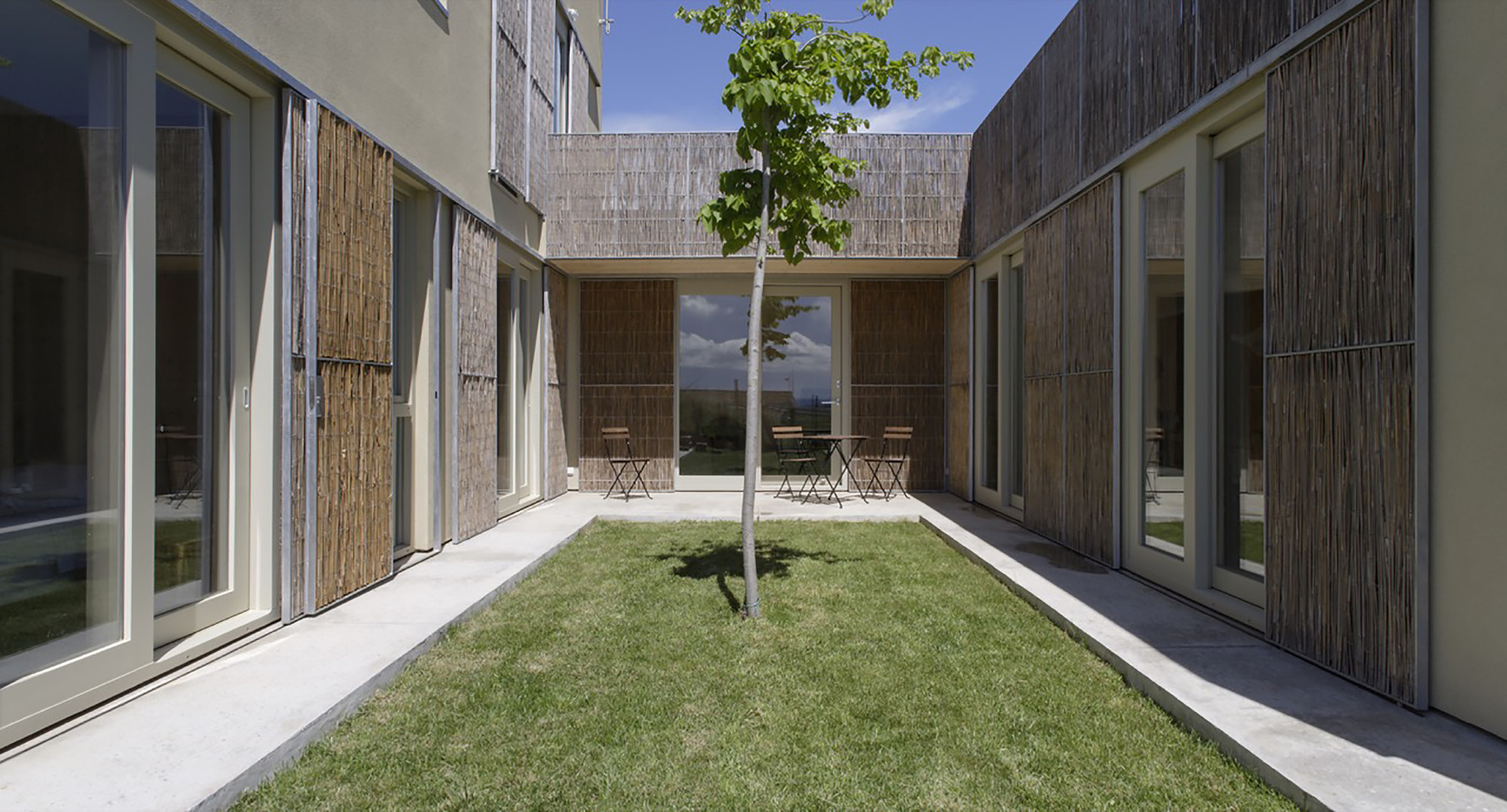 Text description provided by the architects. The dwelling is located on the outskirts of a small town in Baix Empordà. It is sited at the boundary between the buildings and the fields surrounding the village.

This unique location closes the dwelling to the street, with its back to the town, and opens up with large windows overlooking the view. Another peculiarity of the place is the presence of the north wind. Faced with this adversity, the house is collected on the north facade and opens to a courtyard on the south facade. In this way the house is defined as a sequence of closed and open spaces, where you always have a visual relationship with the exterior.

On its southern facade the house is covered with a bamboo lattice. This lattice serves as a filter and protection to the outside. This lattice also gives character and uniqueness to the whole. Through a system of shutters, the lattice can be opened in parts, so that according to the openings, the appearance of the project changes and the house is transformed.

The house is divided into two floors to accommodate the gap between the street and the topography. On the top floor, where the access occurs, is a studio with a bathroom and kitchen. Besides there is an area to park two cars outside. The lower floor is around a courtyard. It is the main floor, in it we find the living room, kitchen, two bedrooms and a bathroom.

The whole house is completely made of exposed laminated wood. It also includes a biomass boiler and a heating system that regulates the consumption of the boiler.

In this project we used two systems that optimize the energy performance of a house. On the one hand the roof of the house is a roof garden. This solution makes the house have temperature oscillations lower than most constructions. Green roofs with their plant and soil layer serve as a good thermal insulation, reduce temperature variations in the day-night cycle, reduce humidity variations in the air, produce oxygen and absorb CO2.

The second system used was a biomass boiler with pellets fuel. The benefits of these boilers are many. The pellets are residues of other activities, which helps channeling agricultural surpluses. They usually come from the same region where they are consumed, so the local economy is encouraged. These boilers have no risk of explosion, are not volatile, and don't produce odors. And the cost of the pellets is lower than heating oil, propane, or electric resistance.