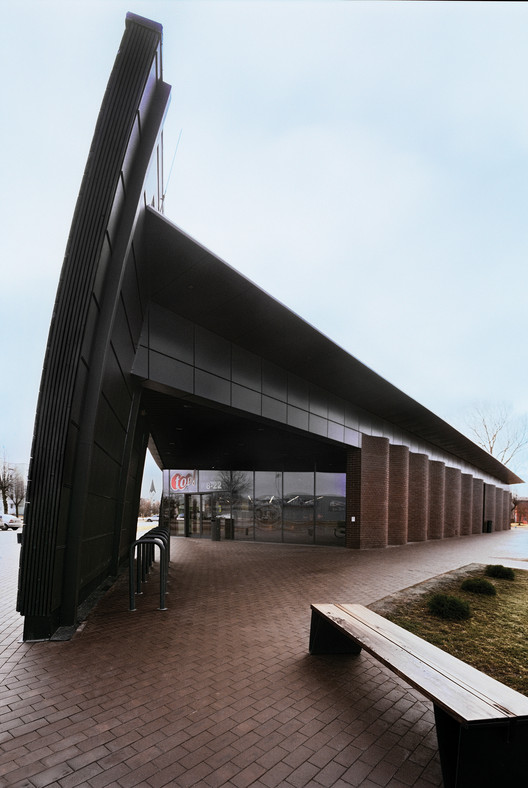 Text description provided by the architects. The building is created for two scales of perception – towards the VIA Baltica highway it is designed as a linear volume to be perceived in movement, its form and material - wooden planks reminds Salacgrivas historical ship crafting tradition. On the other side, facing Riga Street and a pedestrian walkway, a smaller scale facade is designed which plastically flows into the public space and is close to pedestrian’s scale of perception. New interior conception and colour principles were created to improve the style of the grocery store chain.

The site is located in central part of Salacgriva – historically the city council was located close to it, but it burned down in 1995. Nowadays in surroundings many public functions are located – the church, the museum, tourism info centre, post office, national park administrative building and youth initiative centre as well as residential buildings are close to it. Therefore site has been crossed with two intensive used pedestrian roads. These facts defined the priorities of the project – the site utilities are organized preserving existing pedestrian flows and adding some attraction points for locals, for example at the both sides of the building big overhangs are created to protect pedestrians from precipitation and creating attractive urban space as well as the paving relief at the backside of the building allows using it for urban sports or passive recreation in hot days.

There are two main entrances in the building – at the north it leads to grocery store and some smaller shops and public toilets but at the south there is an entrance to café. The interior finishing materials has been chosen to create the visual continuation of exterior. The flooring tiles are in the same materiality and tone as the clinker cobblestone surrounding the building while the ceiling lamellas are the same as in overhang zone.

The new interior conception and colour principles are created. The dark grey surfaces place the space and its details in background putting the goods for sale in foreground. There are only few accents in the grocery chains brand colour yellow to navigate the visitors through the store and to create pleasing atmosphere As far as possible the local building materials and design elements are used in the building starting from clay in façade bricks and pavement cobblestone and ending with furniture and lightning in. café. 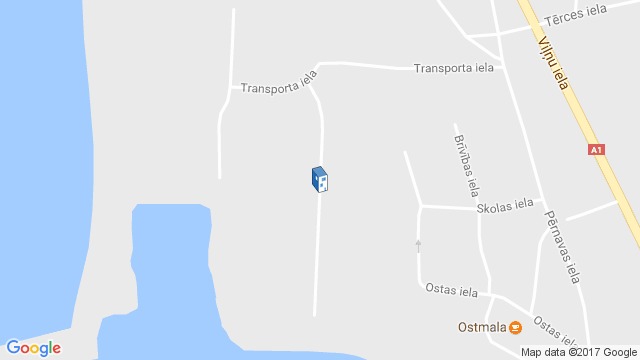