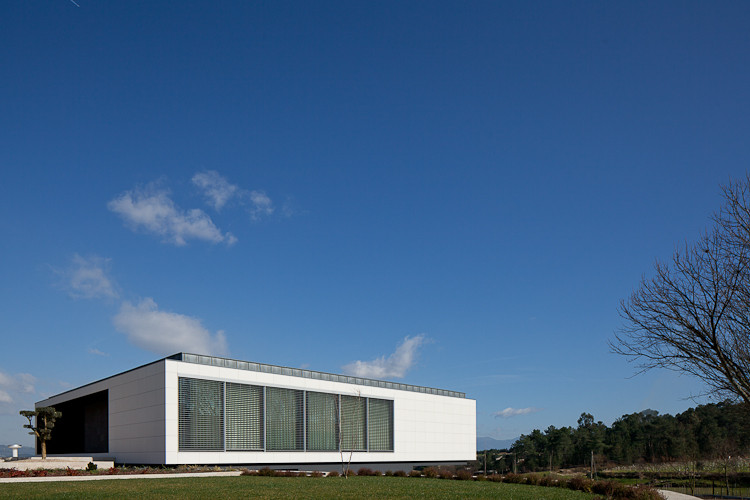 Text description provided by the architects. How would it be if I grew up in that place? How it would be if to know the reality of a friend since I was a little kid? A generously sized field that included a wall, two staircases and granite columns, between the constructed that would serve the future, an imaginary house in their intentions, were the starting point to realize that it would have to develop housing on two platforms.

Superior, as a point of arrival able to be showed to the square, leaving it breathing before a permeable seal in sight. Another Inferior, trusting privacy and silence where the word comfort stands. Panels and doors to discover spaces, details of simplicity, views, light and visual relationships between floors complete the result.

The various perspectives of housing became evident as well as a block of ostentation which levitates between light and dark, between strains, solids and voids that enhance the volumetry.