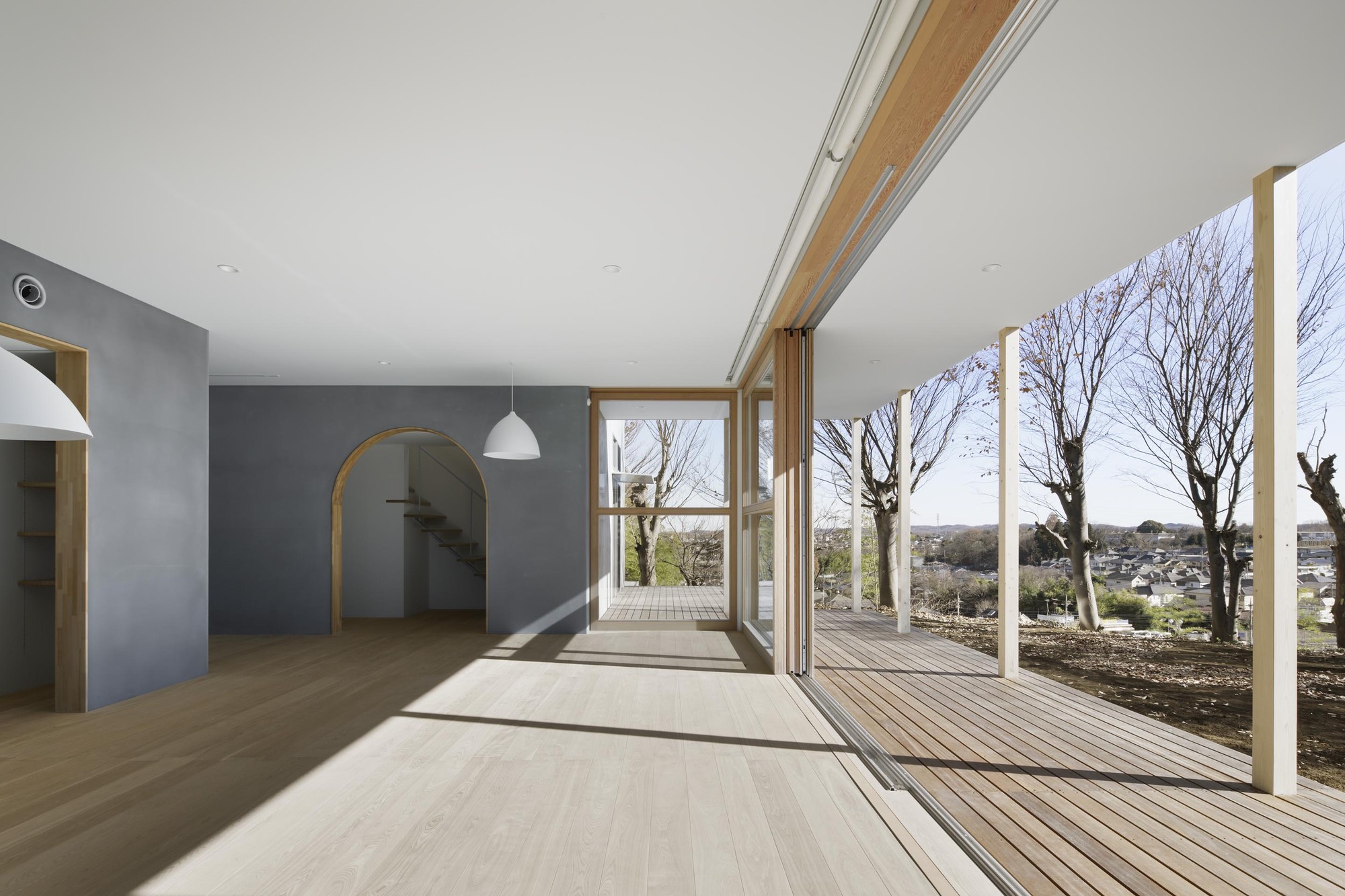 Text description provided by the architects. SHR house (One family in Three houses ) is located in a suburb west of Tokyo.

Site is above the cliff. You have good views from there. Zelkovas which had been there were left for making the shade in summer , for windbreaks, and for keeping the cliff from breaking. There are three gray houses ,with shed roof for solar panels  and plastered wall which chaneges its surface as time goes by, and there is one space surrounded by the houses.

One couple(S),their daughter's family(H:couple+son), and son's family(R:couple+3sons),a total of 10 people started to live together.Each household  has  their own house, and the space surrounded by the three houses ,which  has large sliding windows with Oregon pine frame, wide open to outside, is common space which is used as sometimes dining space, living space, and football studium.They live in like a big family in common space and  they live in like a small family in each house.

The rooms next to the common space in each house are common functional rooms, walk-through-closet, kitchein and display space. Life of both type of families are naturally mixed by sharing them. There are their own bedrooms behind the functional rooms in each house.They go to the common space,  feeling as if going outside,  and having open mind with views from there.They can freely go and back the time and space of both type of families. 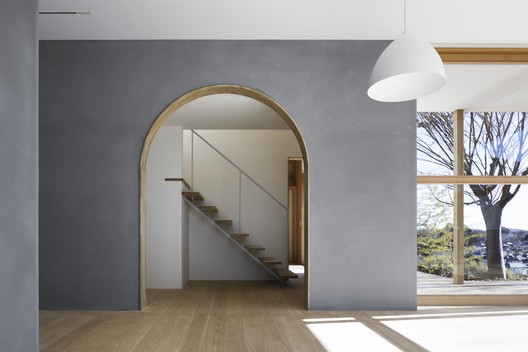