Save
Under the Attic / ahaa 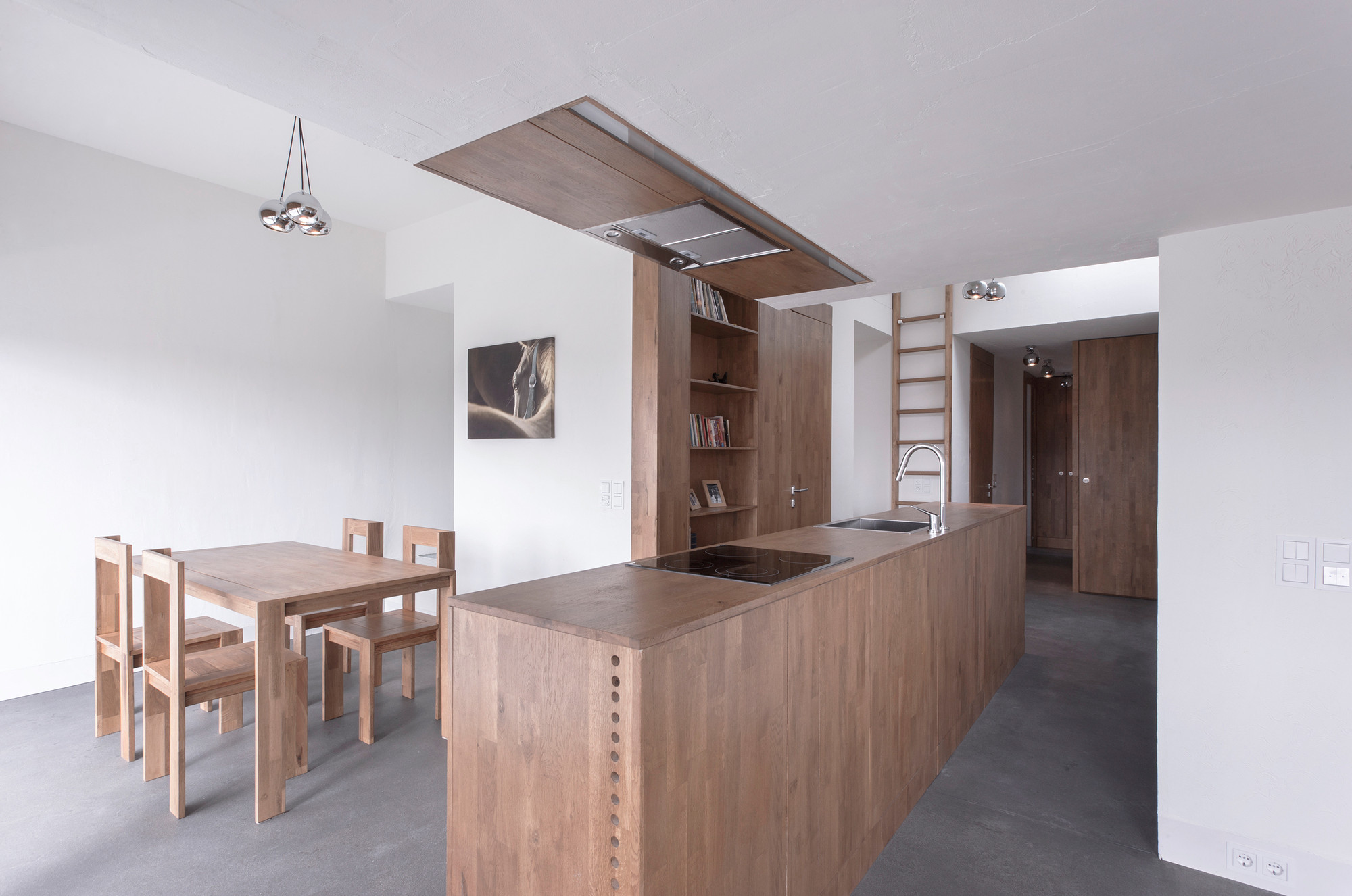 Text description provided by the architects. In most Romanian buildings the space below the pitched roof remains a space without a clear function, its use being restricted by fire protection regulations. On the top floor of this interwar block of flats, a banal apartment became cramped for a 30-year old with an active social and professional live. The existing flat was organised in a cellular, somewhat laborious way. An entrance hall communicated with a second hall, giving access to two bedrooms and a bathroom. At the opposite side a long corridor connected the kitchen. The atmosphere was oppressive, the hallways dark and the rooms too tight.

The project aims at installing visual connections in depth and a permanent contact with the exterior to generate a feel of generosity within the narrow physical boundaries. Two radical gestures dissolve the unfortunate circulation zones: the elimination of the wall between the existing bedrooms and the decomposition of the bathroom. The living and dining areas find their place on the sunny side of the apartment, wrapping a generously enlarged terrace. The sanitary functions are split up, in order to allow simultaneous use by two persons. The kitchen divides the dining and living areas without cutting the visual connection.

The diversity of functions overlaps with spatial richness, introducing the 3rd dimension as the main element to dynamise the spatial experience. The choice of materials is subordinate to discretion and the economy of means. Even if cosmopolite and a bit eccentric, the apartment keeps a modest appearance. The project refuses the architectural clichés usually associated with mansard-apartments, the attic being integrated only fragmentally and in an almost accidental way, permitting punctual vertical intrusions. The irregularities of the old floor plan are absorbed by integrated furniture turning the corners to emphasise the fluidity of space.